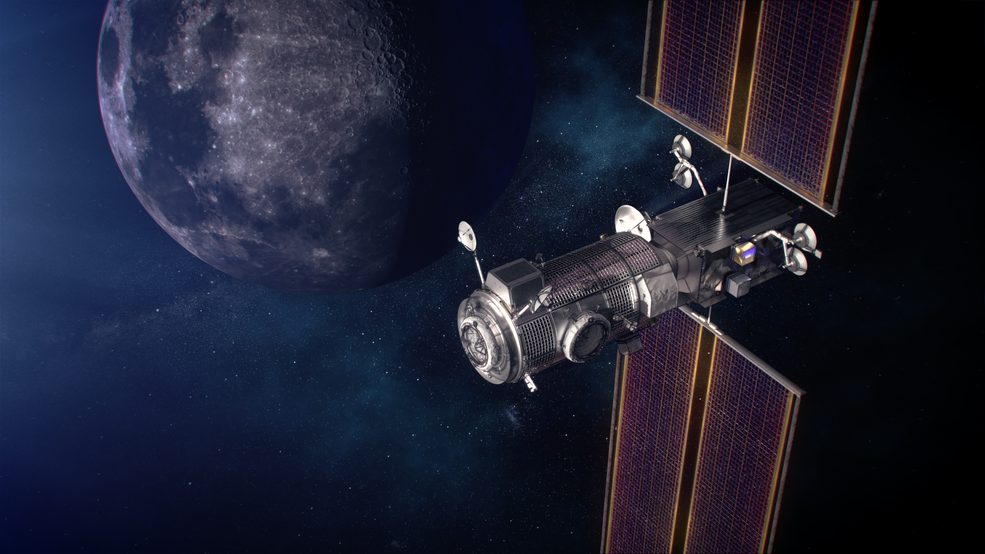 An illustration of the Gateway’s Power and Propulsion Element and Habitation and Logistics Outpost in orbit around the Moon. Image: NASA

In a contract award as part of NASA’s Artemis program, NASA announced on Tuesday, February 9, that they have awarded the launch contract for initial elements of the Gateway Lunar Outpost to SpaceX and their Falcon Heavy rocket. With a total cost of $331.8 million for the launch and other mission related costs, the Hawthorne, California, based company will utilize its Falcon Heavy rocket to place both the Power & Propulsion Element (PPE), as well as the Habitation & Logistics Outpost (HALO) into lunar orbit. The launch will take place no earlier than May 2024, and will launch from Kennedy Space Center’s historic Launch Complex 39A. 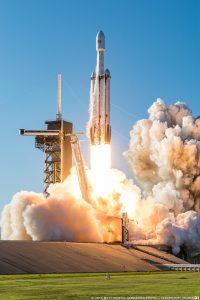 Launching as one superstructure, the PPE and HALO will be integrated on Earth prior to launch. The two components will be the first of the Gateway to be placed into orbit, awaiting additional elements to be launched at later dates, in preparations for a sustainable lunar presence.

The station’s HALO module, designed and built by Northrop Grumman and derived from their Cygnus spacecraft, will serve as the U.S. pressurized living quarters for the outpost, and will be where the astronauts conduct their work. HALO will serve as a docking point for the Orion capsule, and will offer support for command and control of lunar operations, as well as support of science experiments beyond Low Earth Orbit. HALO also serves to supplement life support systems on board Orion, as well as the Human Landing System, and other visiting vehicles, which will also dock with the module.

The station’s PPE module, built by satellite manufacturer Maxar Technologies, is a 60-kilowatt class solar electric propulsion spacecraft, that will offer the bulk of the power to the outpost. Among its capabilities include high speed communications, attitude control, and the capability to relocate to different lunar orbits, thus allowing gateway to provide unprecedented access to the lunar surface. 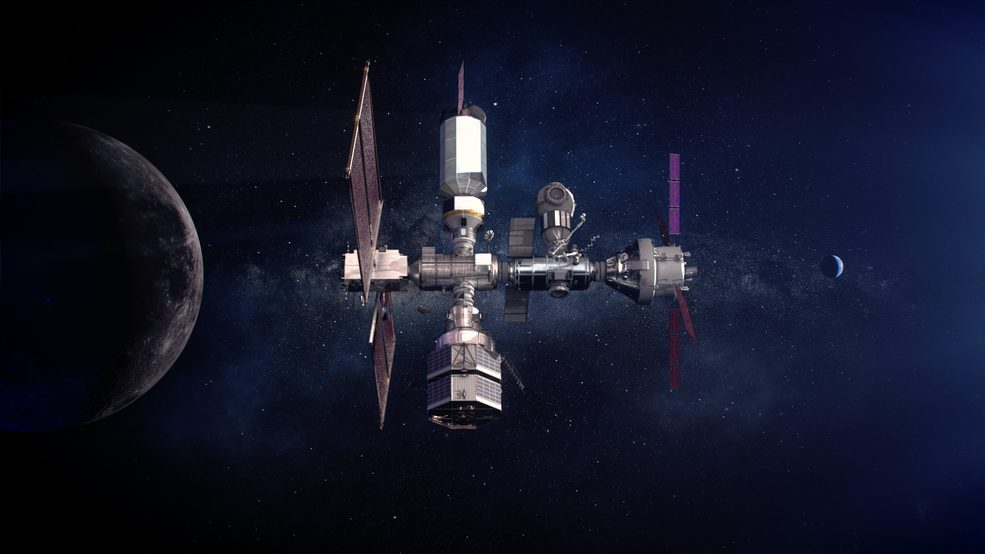 Artist’s illustration of Gateway. Built with commercial and international partners, the Gateway is critical to the plans for sustainable lunar exploration and will serve as a model for future missions to Mars. Image: NASA

How big around are the different modules?