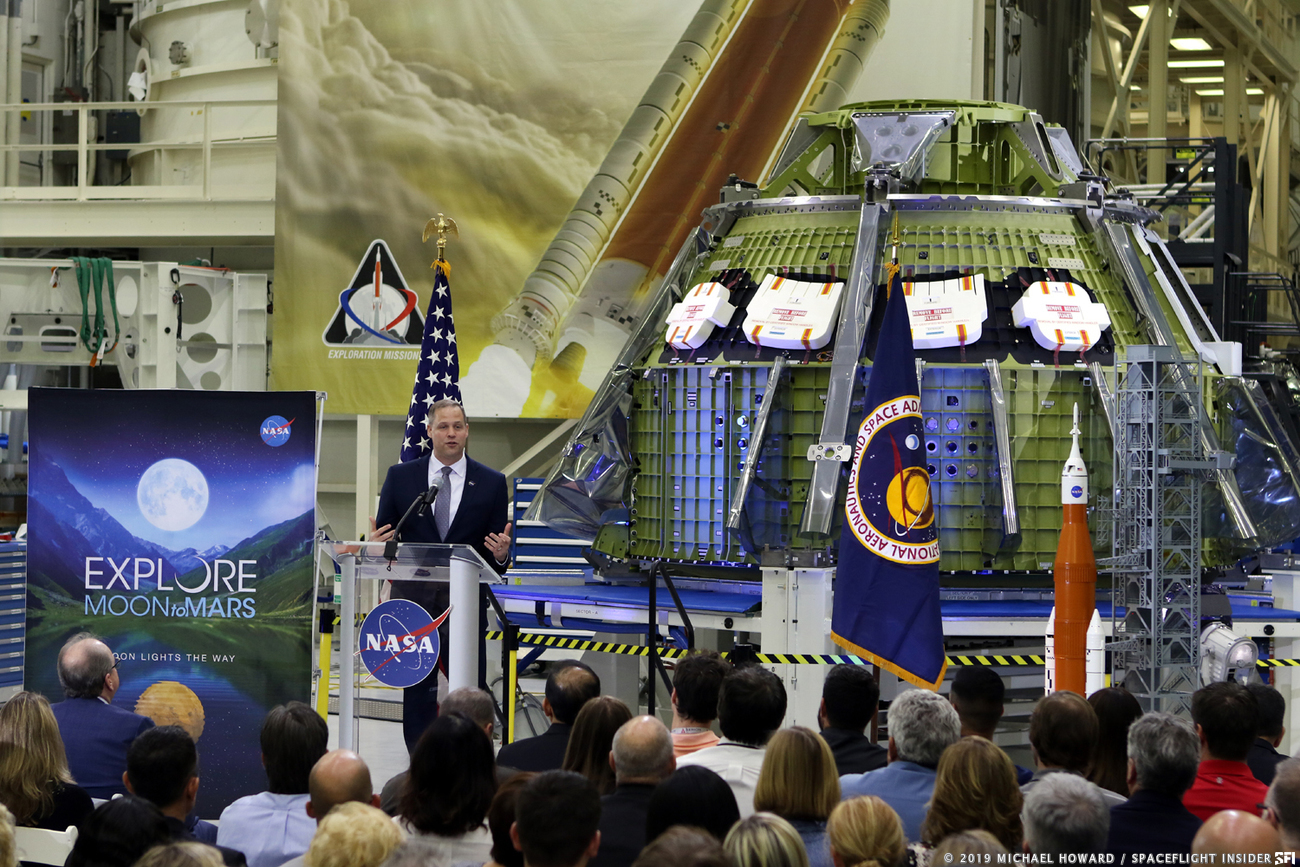 NASA Administrator Jim Bridenstine talks about the FY 2020 budget proposal for the space agency during a speech at Kennedy Space Center. Behind him was the pressure vessel for Orion’s Exploration Mission 2, slated for a crewed 2023 flight around the Moon. Photo Credit: Michael Howard / SpaceFlight Insider

The Trump administration released its fiscal year 2020 budget request. In it, some NASA programs face serious cutbacks while the agency’s lunar exploration efforts are poised to receive a boost.

Released March 11, 2019, as part of the overall budget request for the whole federal government, the portion for NASA was larger than the administration’s FY 2019 request. However, at $21 billion it is still about $500 million less than the actual amount enacted by Congress for 2019. If passed as is, it would be the first year-over-year budget decrease for the U.S. space agency as a whole since 2013.

Should the request pass Congress without significant changes, which is unlikely, the biggest winners would involve programs part of NASA’s “Moon to Mars” lunar exploration efforts. These include the proposed Lunar Gateway and commercial lunar cargo and payload programs, which fall under President Trump’s Space Policy Directive 1, directing NASA to return to the Moon sustainably with commercial and international partners.

“President Trump’s fiscal year 2020 NASA budget is one of the strongest on record for our storied agency,” NASA Administrator Jim Bridenstine said in a statement. “At $21 billion, this budget represents a nearly 6 percent increase over last year’s request and comes at a time of constrained resources across the federal government. It also is a huge vote of confidence for all of the agency’s hard work and dedication.” 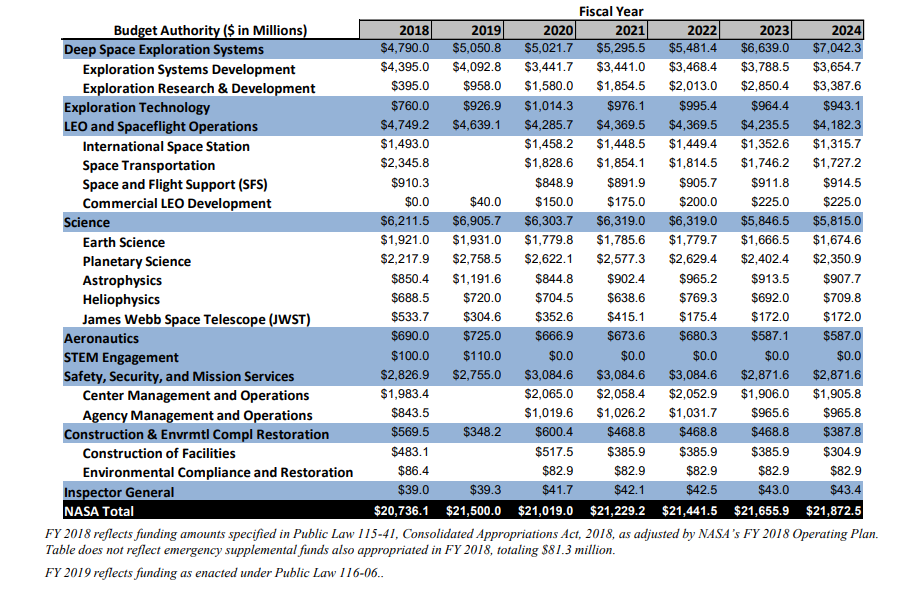 ‘Forward to the Moon’

Bridenstine said much of the work the agency is doing revolves around programs to enable a sustainable lunar exploration campaign using both commercial and international partners to send people to the Moon within the next decade.

“Beginning with a series of small commercial delivery missions to the Moon as early as this year, we will use new landers, robots and eventually humans by 2028 to conduct science across the entire lunar surface,” Bridenstine said.

Of the $21 billion, roughly half will go toward the “Moon to Mars” exploration campaign, including money to finish developing the Block 1 variant of Space Launch System, develop the Lunar Gateway outpost, build up commercial lunar cargo capabilities and begin developing commercial human-rated lunar landers.

However, there are still a lot of proposed cuts. For example, under the request, NASA would halt development of the Block 1B variant of SLS, which includes a powerful Exploration Upper Stage, and instead work to complete the initial version and develop a “reliable annual SLS/Orion flight cadence.” 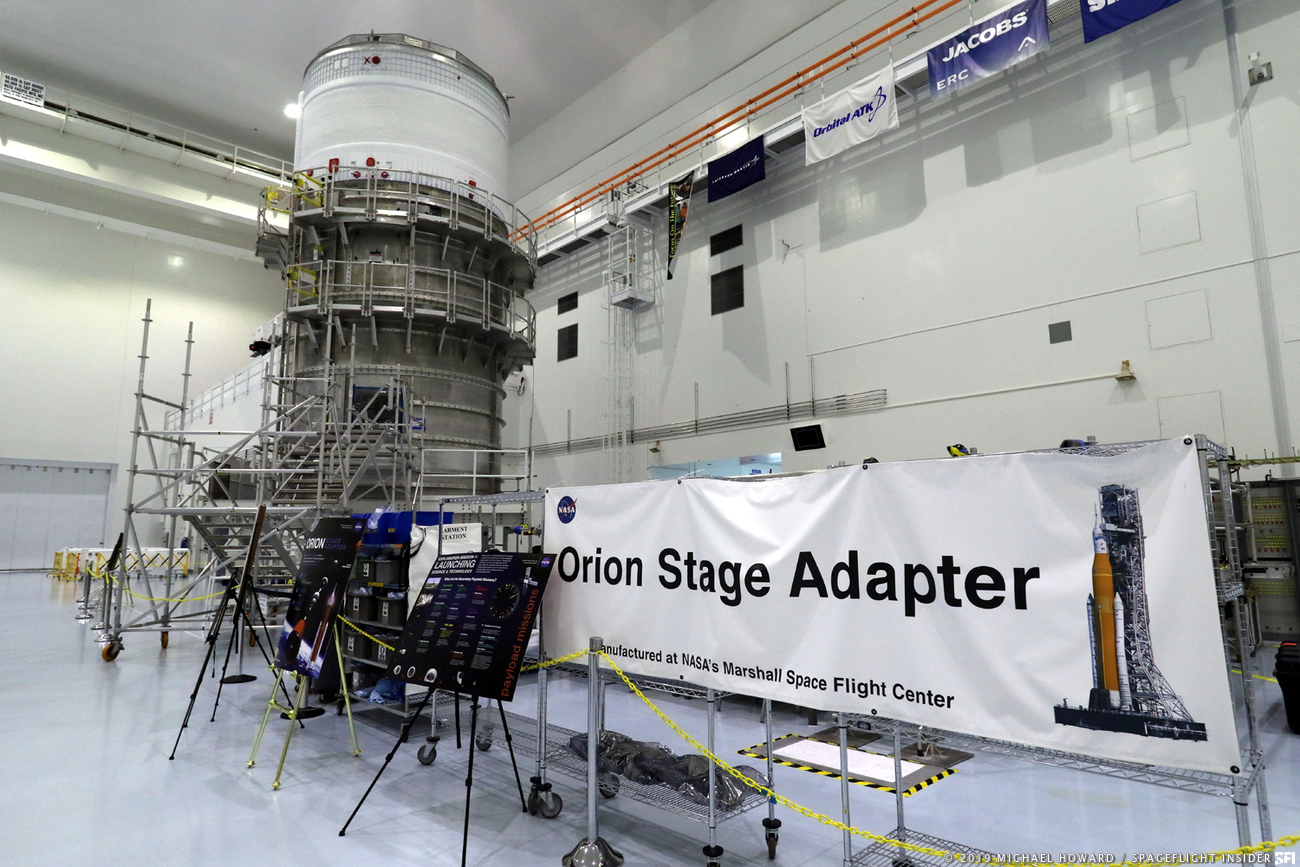 In fact, the only areas in NASA’s budget not facing cuts are Exploration Research & Development; Exploration Technology; Safety, Security, and Mission Services; Construction and Environmental; and the Inspector General. However, some programs may still see itemized increases or decreases.

The biggest hit is in NASA’s science divisions. Overall, the proposal calls for a $600 million cut. This includes, once again, the attempt by the Trump administration to cancel the Wide Field Infrared Survey Telescope (WFIRST), which it tried to do in the FY 2019 budget. Congress, however, objected and placed it back in.

For the FY 2020 request, WFIRST isn’t technically being cancelled, it just isn’t being funded until the James Webb Space Telescope is built and launched, NASA said.

Despite these cuts, other major flagship missions remain in good favor with the Trump administration, such as Webb, which is targeted to launch in 2021 and could get an increase of $48 million to $353 million for FY 2020; and the Europa Clipper mission to Jupiter’s icy moon, which slated for a 2023 launch. 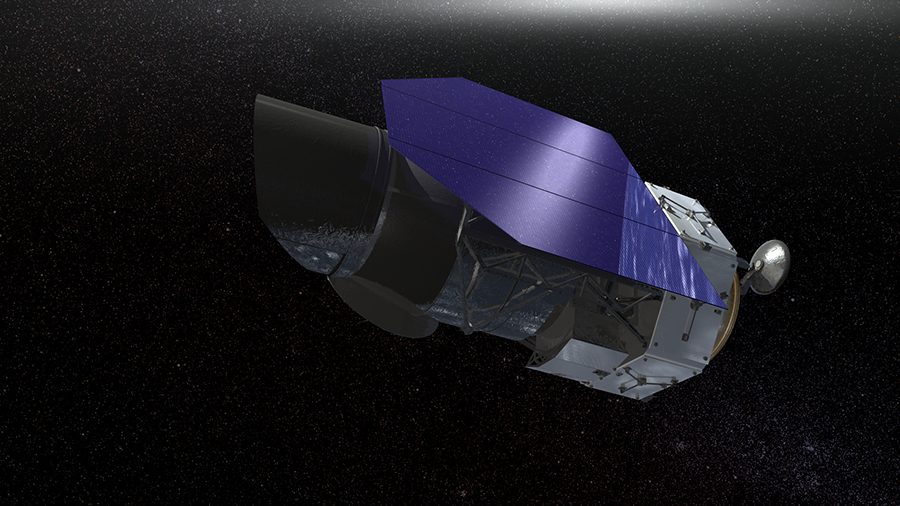 NASA’s WFIRST spacecraft, which is designed to be a successor to Hubble and the yet-to-be-launched James Webb Space Telescope, would not receive funding in 2020 if President Trump’s budget request is enacted. Image Credit: NASA

This budget also formally initiates a Mars Sample Return mission to retrieve samples that are expected to be cached from the yet-to-be-launched Mars 2020 rover. No specifies were announced, however.

Another potentially casualty in the FY 2020 budget would be the Office of STEM Engagement, which the administration is proposing no money for.

Additionally, the International Space Station is expected to retain its funding, however, there was no mention of ending that funding in 2025, which the Trump administration proposed last year. But NASA is hoping to continue its efforts to commercialize low-Earth orbit so that it can be “one customer of many.”

What this ultimately looks like, whether it is via a commercialized ISS or several commercial low-Earth orbit space stations, is still unclear. However, over the last 13 years NASA has worked to spur commercial research and logistics in near-Earth space via Commercial Resupply Services contracts and the Commercial Crew Program. 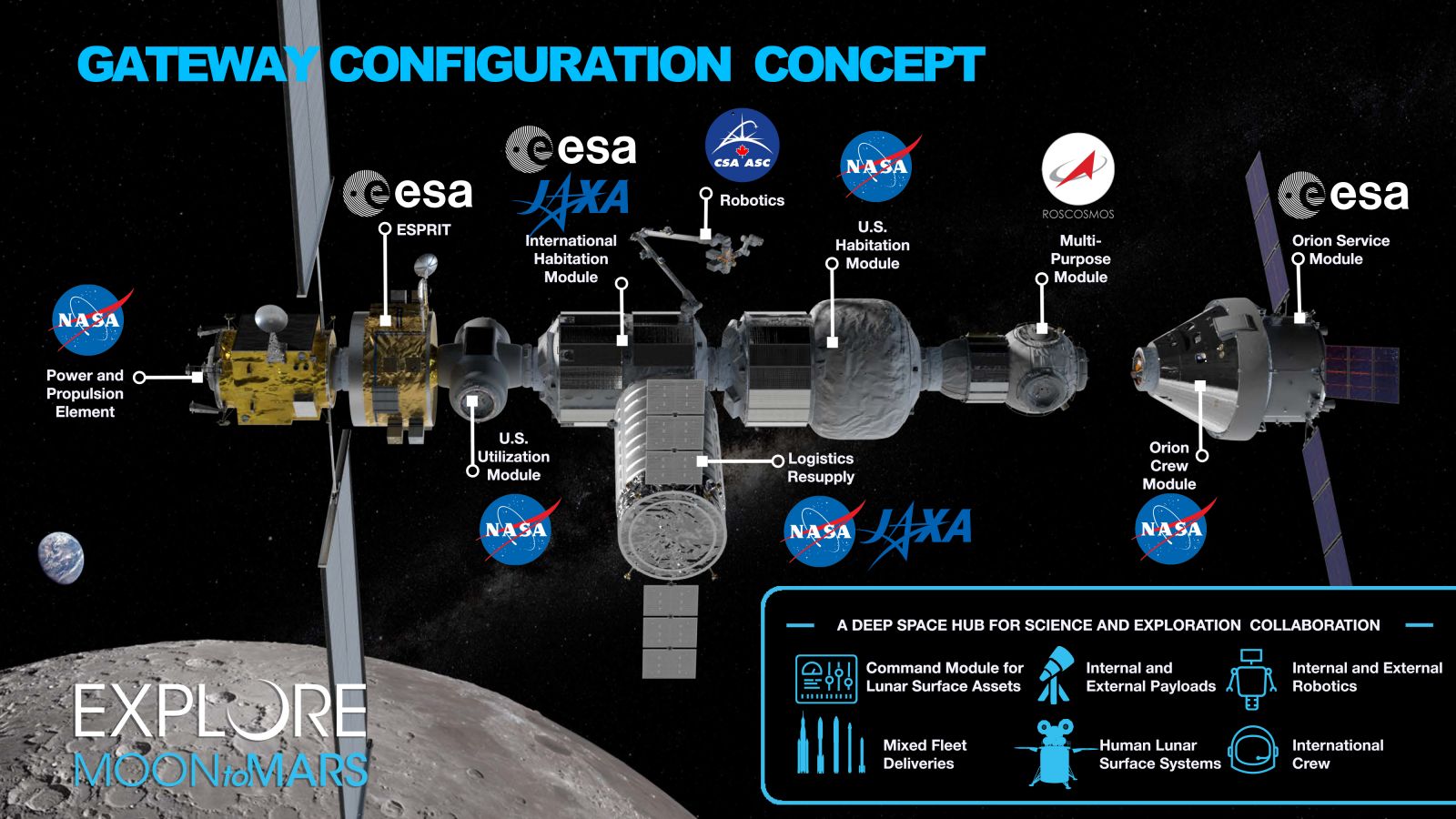 A proposed Lunar Gateway configuration as of March 2019. This graphic shows where international partner agencies could contribute. While most International Space Station partners have expressed an interested in the project, only the Canadian Space Agency has committed to joining NASA. Image Credit: NASA

A long road ahead

According to NASA, the FY 2020 budget proposal, if passed as is, would allow NASA to make headway to complete a number of major milestones by 2028 under its “Moon to Mars” push.

By 2028 the agency expects to have accomplished two Orion/SLS test flights and five operational flights, the assembly of the Lunar Gateway, 14 commercial lunar logistics flights, 10 Commercial Lunar Payload Services flights, a robotic lunar rover landing, a demonstration of a reusable lunar ascent vehicle, a demonstration of in situ resource utilization, and a human landing on the Moon.

But again, all of this is highly-dependent on a number of factors, namely Congress and its approval of the FY 2020 budget as well as future budget requests through 2028. Over the last several years, however, the U.S. House of Representatives and U.S. Senate has generally been eager to fund space activities, even if it isn’t completely in the way the president requested.

“NASA is going to get a healthy budget,” Bridenstine said during a speech about the space agency’s budget. “The administration is supporting it. We’ve got bipartisan support in the House and the Senate.”

With no funding for the Exploration Upper Stage, it must mean the end for a new Mobile Tower? Also in question is an ISS extension beyond 2025.