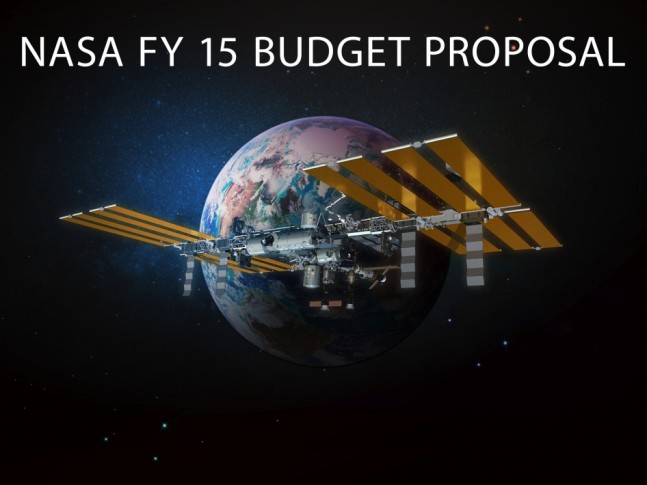 "The President's Fiscal Year 2015 budget provides the necessary resources to advance the bipartisan space exploration plan agreed to by the Administration and Congress and ensure that the United States remains the world's leader in space exploration and scientific discovery for years to come. The budget advances NASA’s strategic plan for the future that builds on U.S. preeminence in science and technology, improves life on Earth and protects our home planet, while creating good paying jobs and strengthening the American economy." Image and Caption Credit: NASA

Late Saturday night the Senate passed the so-called Cromnibus bill funding the United States government through the end of the Fiscal Year, avoiding a second government shutdown in as many years. The bill, part continuing resolution, part omnibus budget act, allocated funding for NASA greater than the agency had requested and signals a resounding rebound for science funding across the government.

Despite procedural efforts among members of the Tea Party caucus to forestall action on the bill, Saturday’s vote largely superseded partisan divides (see the roll call). In uniting around a fully funded government, both parties also made significant strides in science funding. “Game-changing technologies advanced by this budget support NASA’s first-ever mission to identify, capture and relocate an asteroid. This concept image shows an astronaut preparing to take samples from the captured asteroid after it has been relocated to a stable orbit in the Earth-moon system.” Image and Caption Credit: NASA

Forbes reports that medical research received extra funds allocated over the previous year, as did the National Science Foundation (NSF), the National Institute of Standards and Technology (NIST), and the National Oceanic and Atmospheric Administration (NOAA). One of the most unexpected increases was delivered to NASA.

An article published in the journal Space Policy in 2003 noted that Americans routinely overestimate the amount of money the federal government spends on NASA’s budget. In the late 1990s, for example, Americans guessed the government spent a monumental twenty percent of the overall budget on space (it received just under one percent at the time, and it now closer to one half of one percent). NASA’s budget has been relatively flat, in real terms, since the beginning of the decade.

Thus, when NASA requested $17.46 billion in its FY15 budget request, it made headlines when the Senate voted to increase that funding by half-a-billion dollars. • Planetary sciences received a startling bump of $100 million specifically to begin developing a probe to land on Jupiter’s Europa moon. Europa’s hypothesized vast subterranean oceans have long caught the eye of astro-biologists as a favorable location for the development of life.

• An infrared telescope housed inside a Boeing 747, named SOFIA, was allocated a substantial $70 million to rescue it from a proposed grounding.

• The National Space Grant College and Fellowship Project and the Experimental Project to Stimulate Competitive Research were both fully funded to a combined total of $58 million.

Not every line item and division caught the NASA windfall. The Commercial Crew Program (CCP), an effort to restore American access to low-Earth orbit (LEO) via private contracts received $43 million dollars less than the White House request of $848 million. Spaceflight Now notes in its assessment of the 2015 budget that NASA has never received full funding for the CCP, but this most recent appropriation is the closest the agency has come thus far.

Despite the small shortfalls in some departments, the funding increases (especially for planetary sciences) are noteworthy because they did not result in proportional decreases in other divisions or science agencies.

For a full-text of the budget (the House version ), see the science appropriation section beginning on page 173.