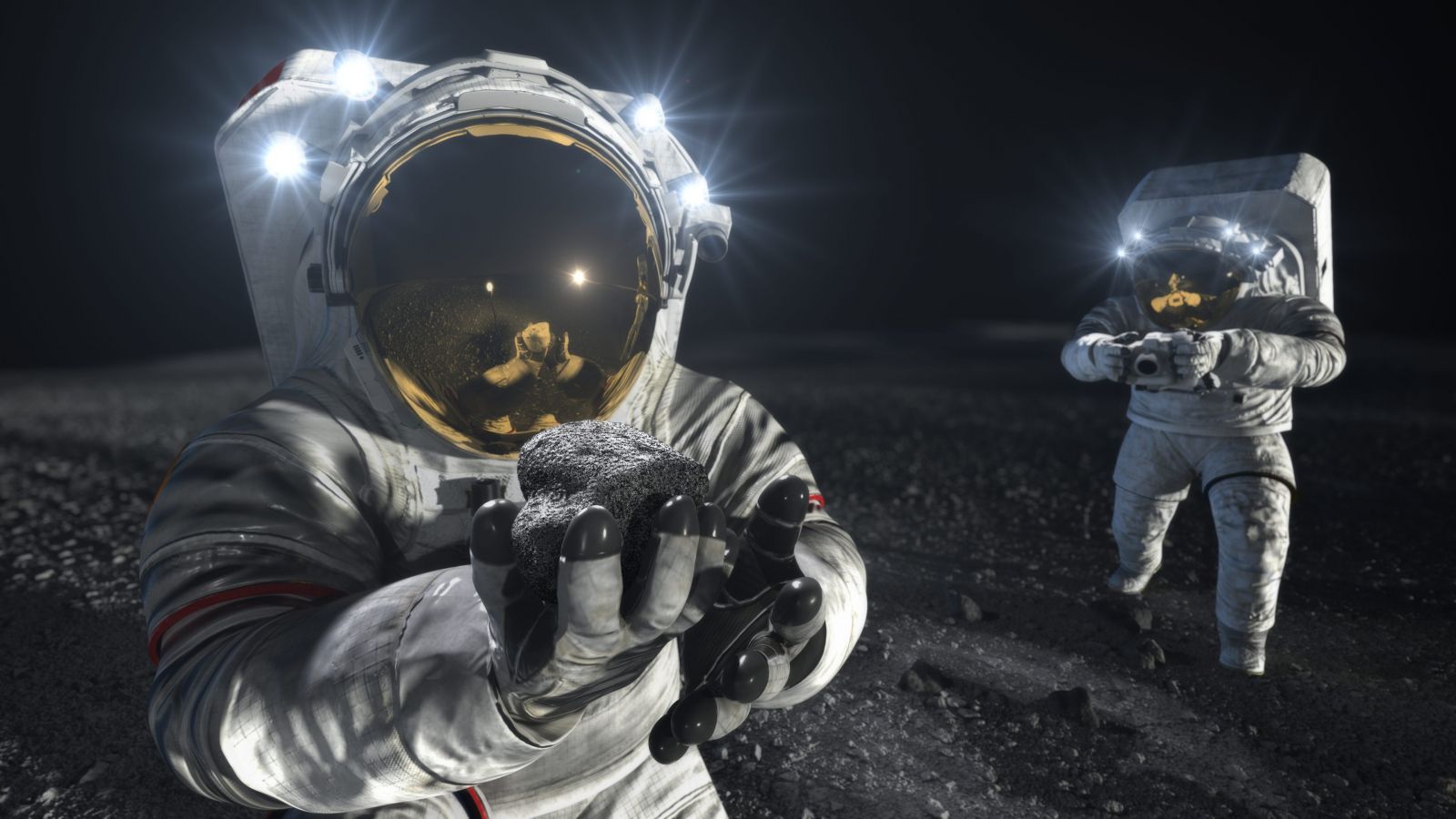 An illustration of two NASA astronauts in spacesuits on the surface of the Moon. NASA selected two companies to develop commercial spacesuits for the space agency’s needs in low Earth orbit and the Moon. Credit: NASA

Axiom Space and Collins Aerospace have been selected by NASA to build next-generation spacesuits for the International Space Station and Artemis programs.

The two companies were selected under the Exploration Extravehicular Activity Services, or xEVAS, contract solicitation, which allows the vendors to compete for task orders for NASA’s spacewalking needs for the ISS and future Artemis Moon landings.

“With these awards, NASA and our partners will develop advanced, reliable spacesuits that allow humans to explore the cosmos unlike ever before,” said Vanessa Wyche, director of NASA’s Johnson Space Center in Houston, in an agency news release. “By partnering with industry, we are efficiently advancing the necessary technology to keep Americans on a path of successful discovery on the International Space Station and as we set our sights on exploring the lunar surface.”

NASA’s current set of spacesuits, called Extravehicular Mobility Units, are some 40 years old. They were designed and built during the early space shuttle era and repurposed for the ISS program. However, these suits are beginning to show their age.

As the agency plans to continue ISS operations through at least 2030, it’ll need more-reliable suits to finish off the program. Moreover, future commercial space stations will undoubtedly need spacewalking capabilities.

These new commercial space suits appear to replace the NASA-designed xEMU, which the agency has been working on for more than a decade. These replacement suits were in an advanced stage of development. Once the current series of tests concludes at the end of the current fiscal year, NASA expects to have all the test data and technology available for companies through the EVA Technical Library.

NASA has encouraged Axiom Space and Collins Aerospace to explore other non-NASA commercial applications to harvest more data and technology as they co-op with the agency for a new approach as they enter a new range of potential commercial customers while granting NASA the rights to use the same data and technology garnered within NASA campus wide.

The space agency developed the contract specifics to adapt to NASA’s needs within the space industry including the ability to add additional vendors not selected within the original award as this emerging market evolves.

According to NASA, both companies have invested a “significant amount” of their own money to date to develop the suits. Both companies believe their designs can be ready for in-space testing as early as 2025.

NASA says the contract allows the companies to compete for various task orders through 2034 and that the “indefinite delivery and indefinite quantity, milestone-based xEVAS contract has a combined maximum potential value of $3.5 billion for all the task order awards.”

The first task order, NASA said, is expected to be for demonstrations outside the ISS in low Earth orbit as well as on the Moon during the Artemis 3 mission, currently expected no earlier than 2025.

“Our commercial partnerships will help realize our human exploration goals,” said Mark Kirasich, deputy associate administrator of NASA’s Artemis Campaign Development Division. “We look forward to using these services for NASA’s continued presence in low-Earth orbit and our upcoming achievement of returning American astronauts to the Moon’s surface. We are confident our collaboration with industry and leveraging NASA’s expertise gained through over 60 years of space exploration will enable us to achieve these goals together.”