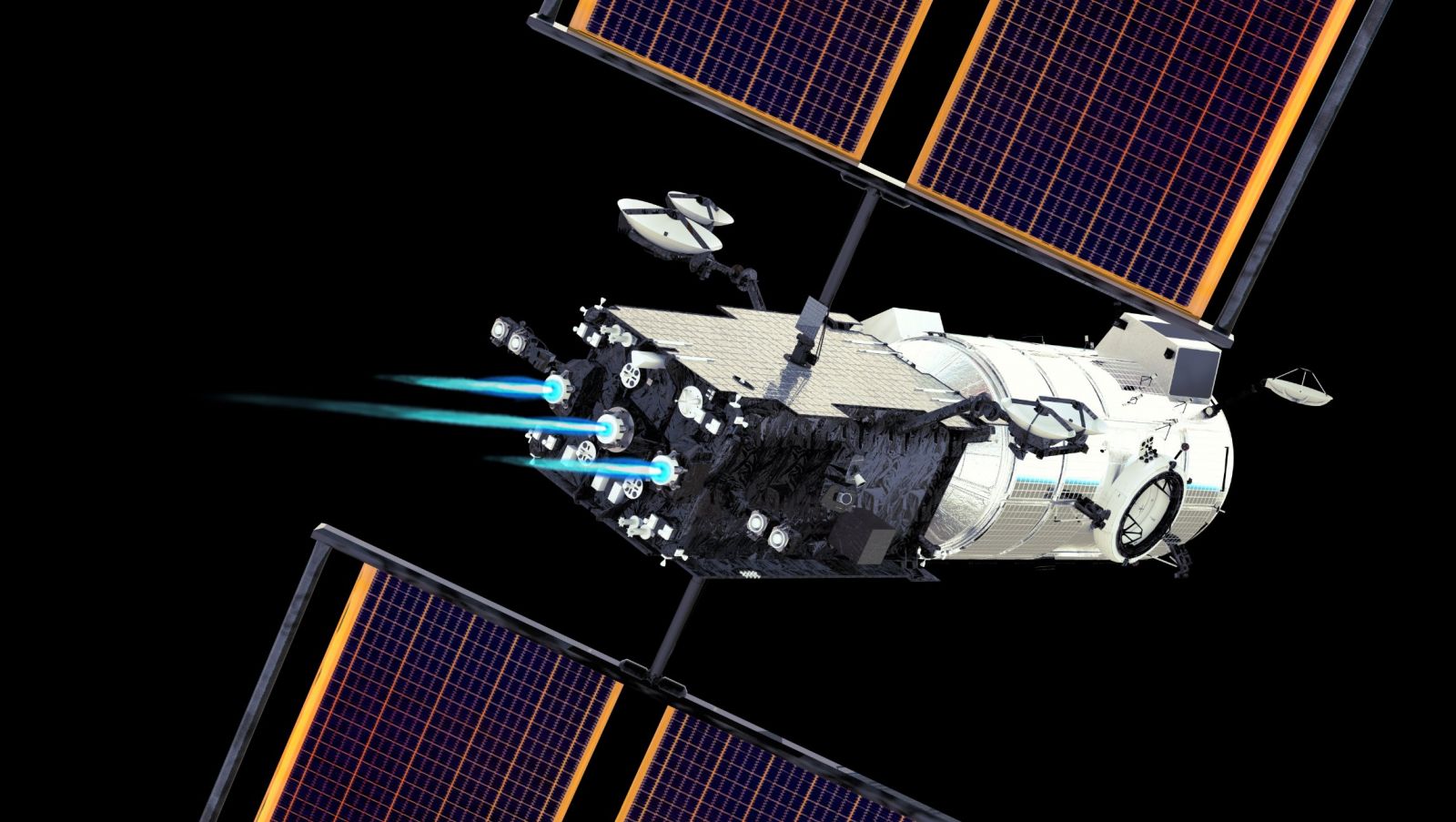 Maxar’s Power and Propulsion Element and Northrop Grumman’s Habitation and Logistics Outpost are the foundation of the Lunar Gateway. Credit: Maxar Technologies

NASA and Northrop Grumman have finalized a contract for the living quarters of the Moon-orbiting Lunar Gateway for the Artemis program, the Habitation and Logistics Outpost, or HALO.

Based on Northrop Grumman’s Cygnus cargo spacecraft, HALO is where astronauts will live and perform research while in orbit around the Moon. The module also has docking ports for other modules, spacecraft, lunar landers and resupply craft. Additionally, it can accommodate science and research experiments and communications with lunar surface expeditions.

The fixed-price contract, valued at $935 million, is expected to also provide for the testing and integration of HALO with the Power and Propulsion Element, or PPE, which is being built by Maxar Technologies.

Maxar’s PPE is a high-power solar electric propulsion spacecraft that is to provide communication systems for the Lunar Gateway, as well as attitude control and maneuverability.

In addition to HALO, Northrop Grumman is also responsible for the turnover of the fully-integrated PPE and HALO spacecraft to SpaceX ahead of its November 2024 launch atop a Falcon Heavy rocket.

Maxar Technologies also completed its first preliminary design review for the PPE, according to the company on July 12, 2021.

“Clearing this development milestone for PPE is a significant accomplishment,” said Chris Johnson, Maxar’s senior vice president of Space Program Delivery, in a company news release. “PPE is one of several NASA programs built on Maxar’s trusted 1300-class spacecraft platform, which leverages decades of our commercial design, manufacturing and operations expertise. At Maxar, our team is agile, and our spacecraft are versatile. The progress we have made on PPE is further evidence that we are prepared to meet a broad range of civil, commercial and national security mission needs.”

Initially expected to fly separately, NASA introduced new requirements in 2020 that included the need to launch the PPE and HALO together on a single Falcon Heavy.

According to Maxar Technologies, this change reduced the risk profile for the Lunar Gateway and increased cost effectiveness necessitating a second preliminary design review, expected to happen this fall, to ensure the PPE meets mission requirements and before being cleared for fabrication.

NASA says the integrated PPE and HALO module are the foundation of the Lunar Gateway and are expected to enable the first permanent outpost in orbit around the Moon, allowing NASA and its international and commercial partners the ability to conduct deep space science investigations needed to sustain lunar exploration.

“This is a major step on the path for Artemis, not just for NASA, but for the combined team, including our commercial and international partners,” said Kathy Lueders, NASA associate administrator for Human Explorations and Operations, in an agency release. “Gateway will provide unprecedented access to the Moon and symbolizes the expansion of our partnerships into deep space.” 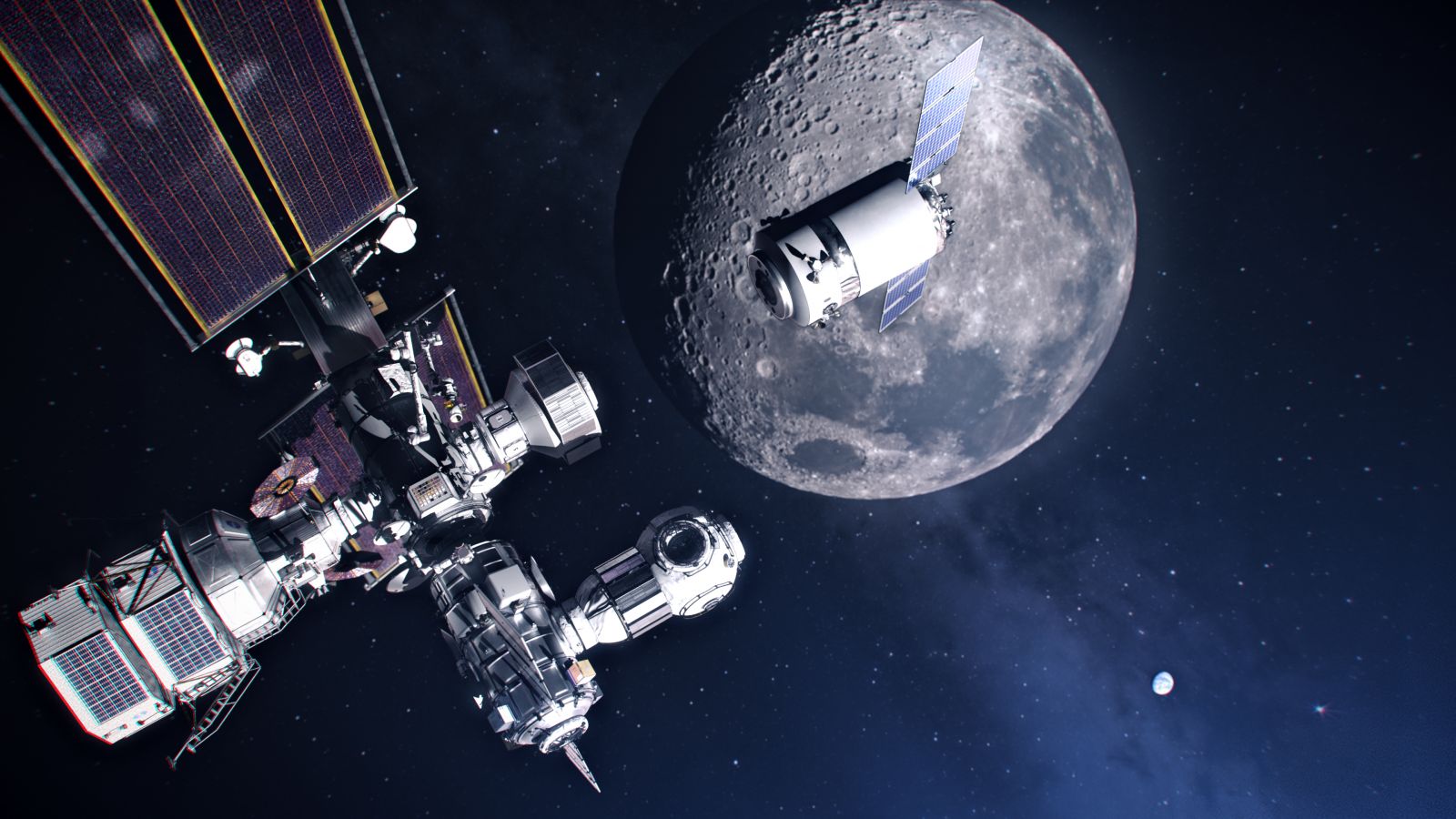