KENNEDY SPACE CENTER, Fla. — NASA, still riding high after regaining the ability to launch astronauts to low-Earth-orbit (LEO), is now preparing to turn the dial up to eleven. LEO is nice and all – but flying to the Moon is way better. The agency is pulling together the pieces to achieve just that.

Sending a spacecraft with astronauts and the required flight and support systems some 239,000 miles (384,633 kilometers) away from Earth requires muscle. Enter the solid rocket boosters or ‘SRBs’ of the Space Launch System (SLS). The segments for the two rocket boosters that will be used on Artemis I have been delivered to KSC, in anticipation of the Nov. 1, 2021 flight of the Artemis I mission.

“New technologies and material upgrades enable the boosters to meet the high performance demands of SLS, the most powerful rocket NASA has built to date,” said Charlie Precourt, vice president, propulsion systems, Northrop Grumman. “Our technology will help propel the first woman and the next man to the Moon.” 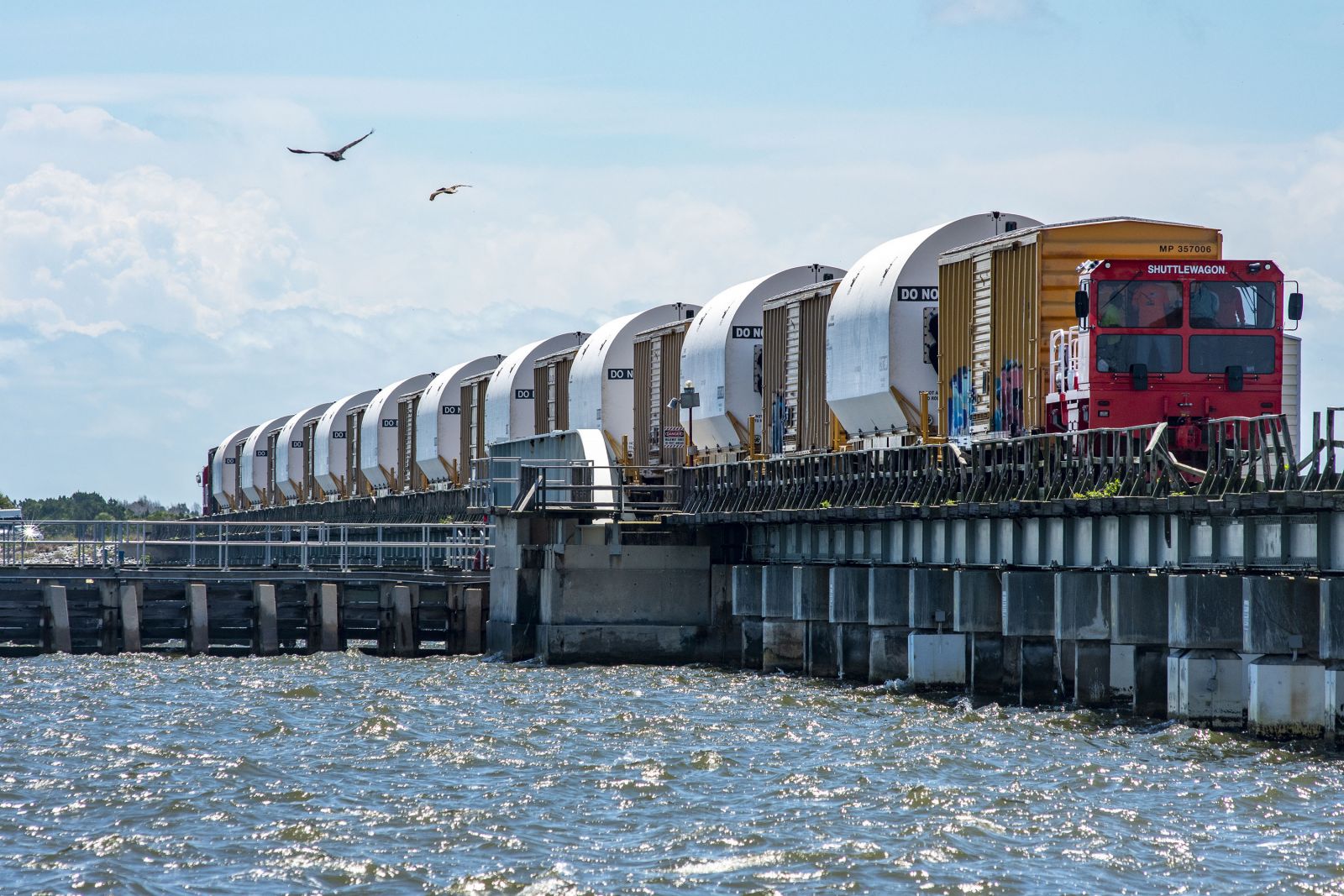 Each SLS rocket is designed to be able to deliver an estimated 8.8 million pounds of thrust. A majority of that “umph” comes from two SRBs. Similar to the boosters used on NASA’s now-retired fleet of Space Shuttles, the duo can be described as pillars of thrust as they provide some 75 percent of the punch needed to send the Lockheed Martin-built Orion spacecraft on its flight to lunar orbit. In terms of exploring deep space, NASA has opted for an “if it’s not broke, don’t fix it” mentality, opting to leverage materials and a system that has some thirty years of experience tucked under its belt.

It takes more than experience to get to the Moon however. Whereas the space shuttles employed four-segment SRBs, SLS will use five segment versions. It’s hoped that by using “flight-proven” systems such as these SRBs, that it will lower costs while increasing reliability. 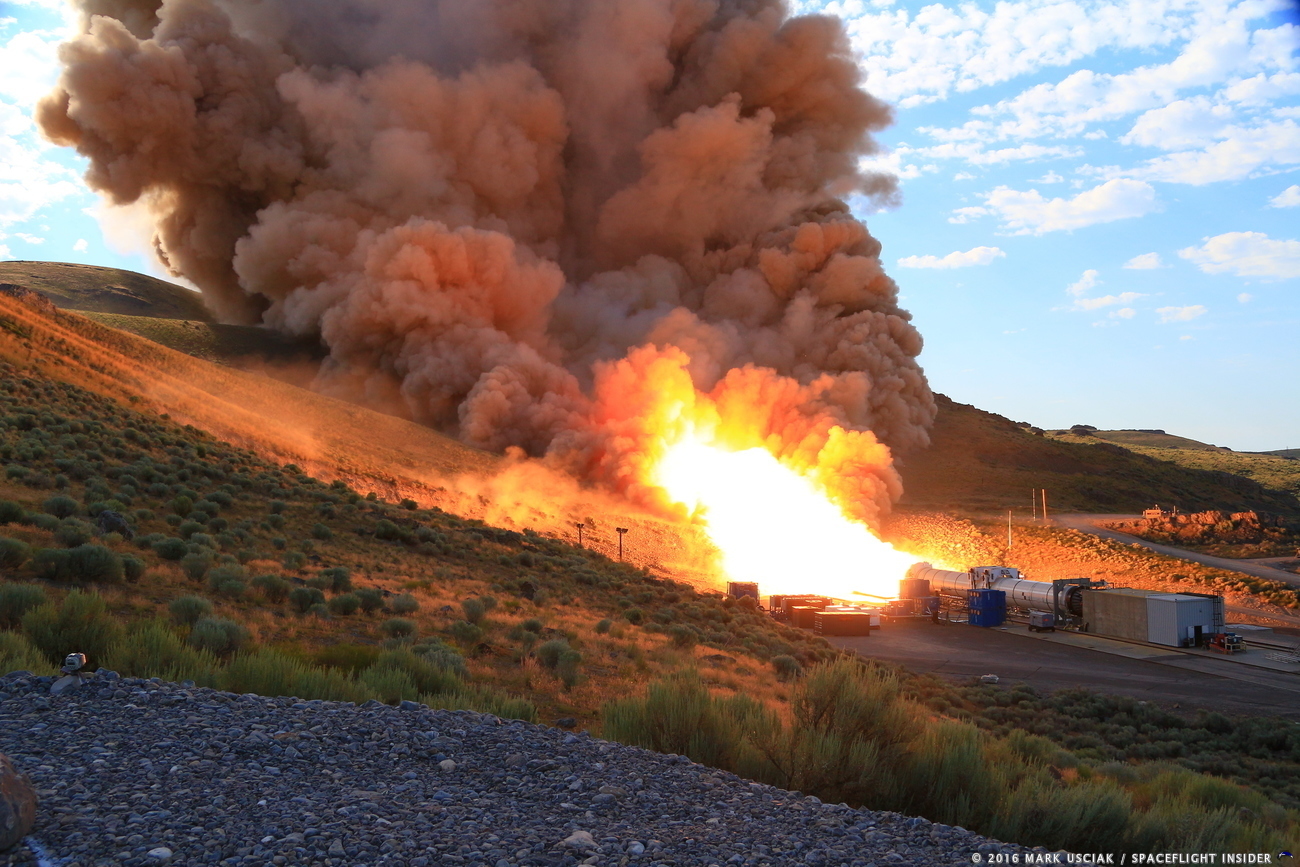 Lengthy testing is being undertaken to all components designed to fly into the black of space, especially in cases where changes have been proposed since the design’s prior service; this ensures that everything will work as advertised. The five segment booster design is no exception, with Northrop Grumman having tested  each element to certify that these SRBs are ready for flight come next year.

Precourt is the man taking point of Northrop Grumman’s development of these new boosters, and pulled no punches in detailing the potential of SLS in general and Artemis I in particular.

“NASA’s Artemis program is a nationwide effort that reignites space exploration,” Charlie Precourt, vice president, Northrop Grumman Propulsion Systems told SpaceFlight Insider. “We at Northrop Grumman are proud to provide the propulsion that will help NASA get boots back on the Moon.” 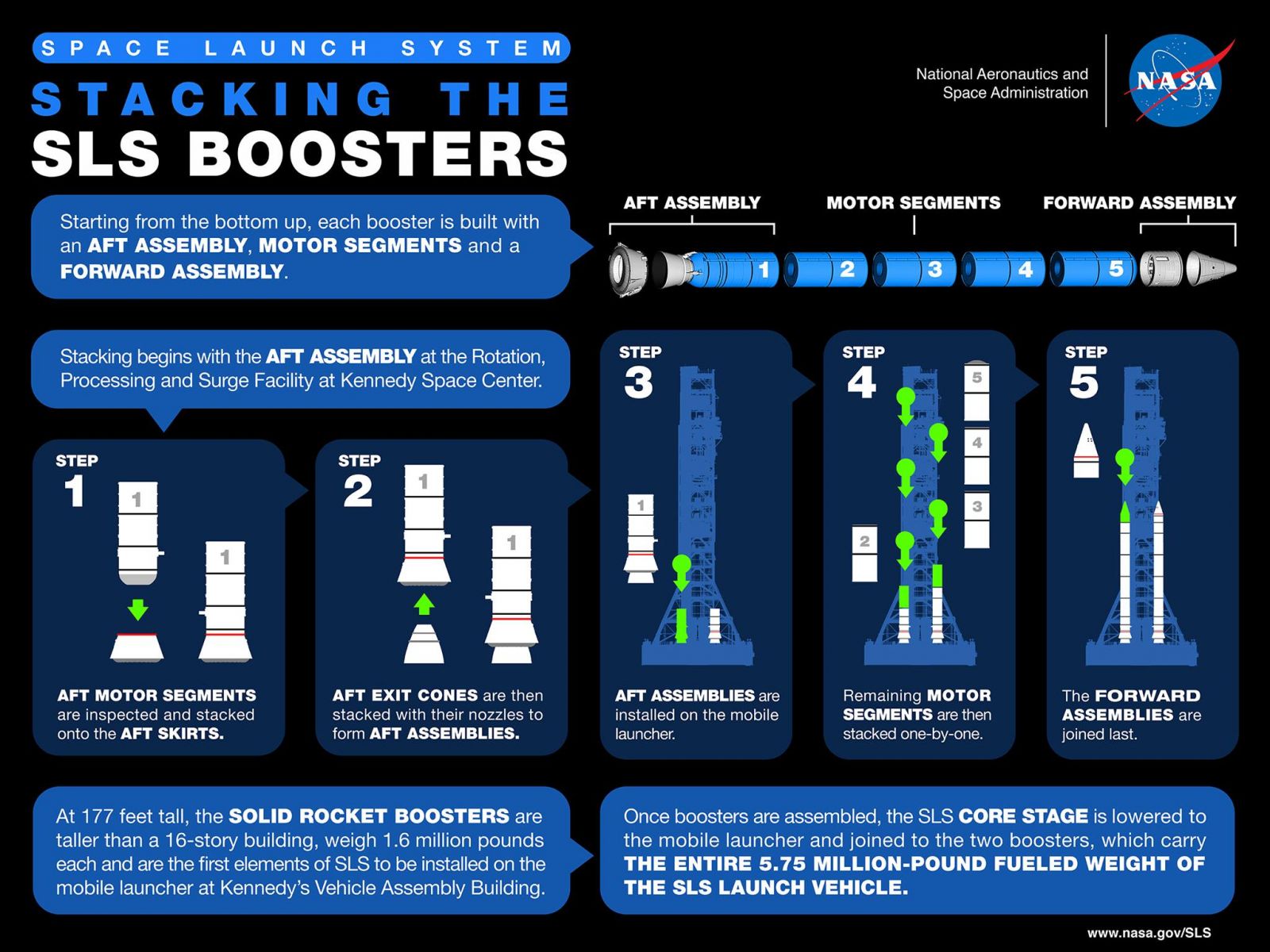 With the booster segments now on KSC property, teams from the Northrop Grumman Corporation, NASA’s Exploration Ground Systems and SLS will be able to begin stacking the SLS boosters. Illustration Credit: NASA