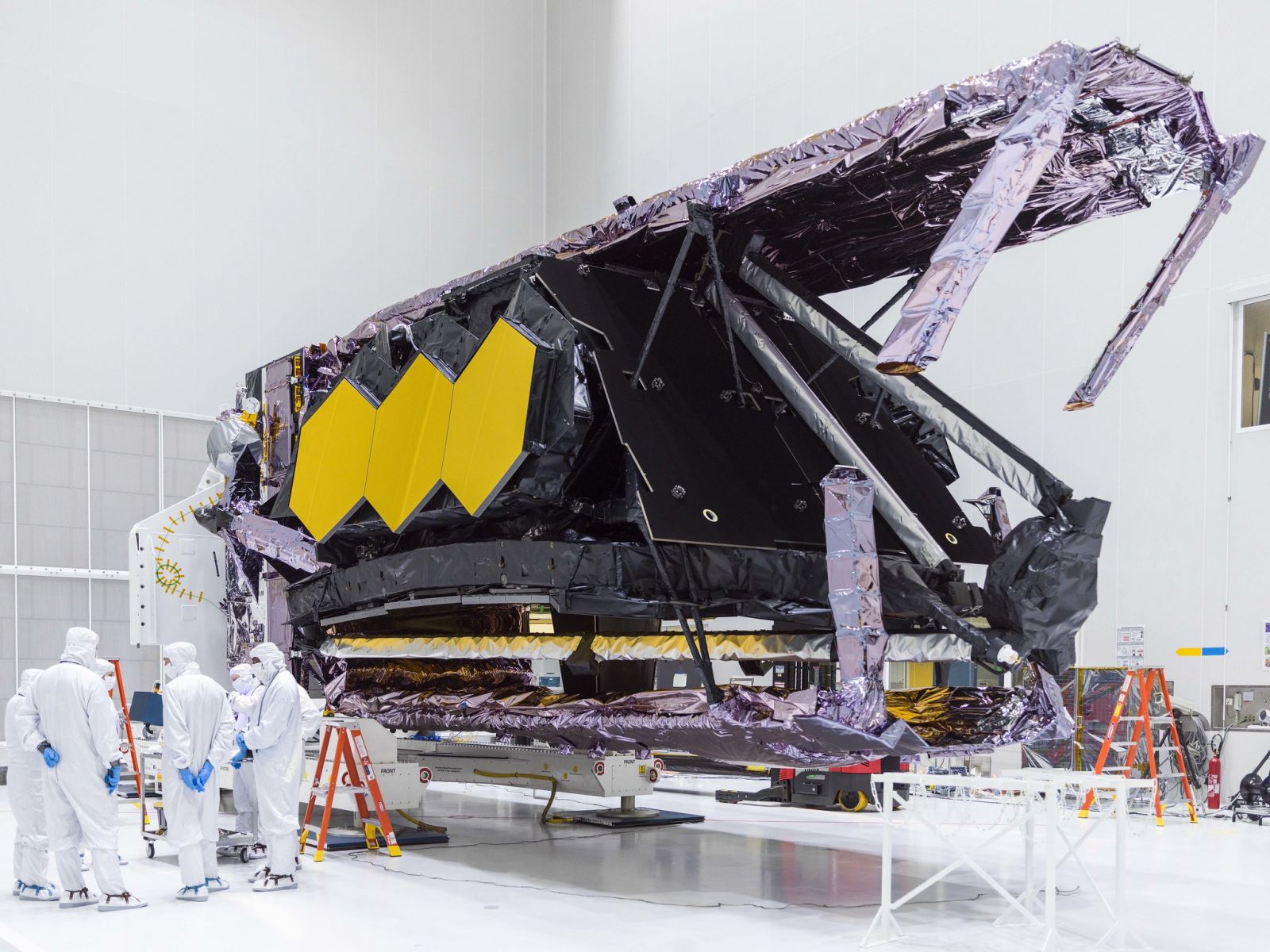 The James Webb Space Telescope arrives in the clean room in French Guiana in preparation for launch after traveling some 5,800 miles by sea from California. Credit: NASA/Chris Gunn

After more than two decades of development, NASA’s ambitious James Webb Space Telescope is finally at the launch site being prepared for its trip into space.

The Webb telescope is slated to launch atop an Ariane 5 rocket from the European Space Agency’s spaceport located near Kourou, French Guiana. Liftoff is scheduled for 7:10 a.m. EDT (12:10 UTC) Dec. 18, 2021.

The telescope arrived intact Oct. 12, 2021, at Pariacabo harbor in French Guiana after traveling from California aboard the MN Colibri and sailing through the Panama Canal.

To ensure a safe passage for the ship, the shallow waters of the Kourou River were dredged prior to the transport’s arrival during high tide. 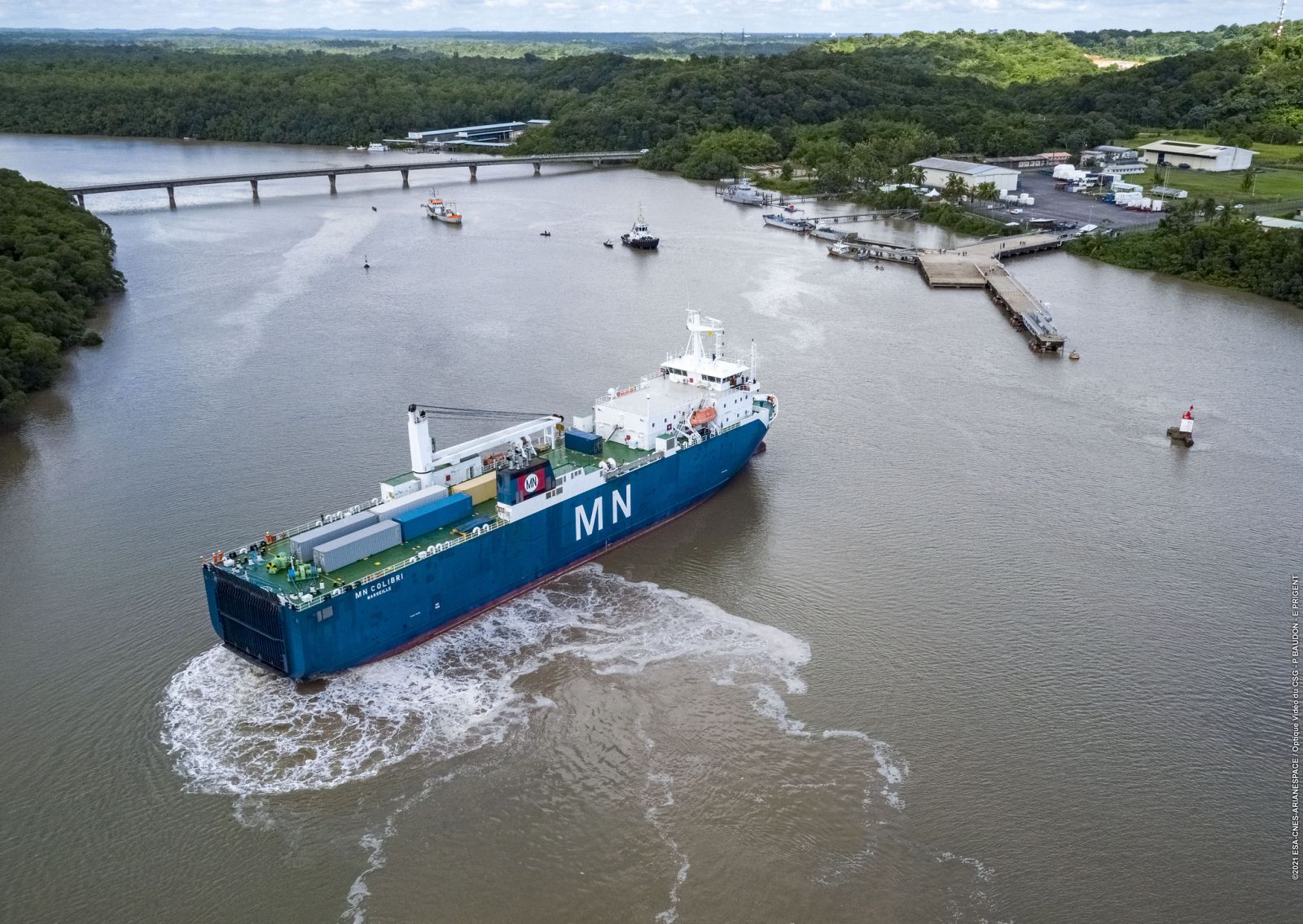 Next up for the ESA-NASA collaboration include teams of processing technicians performing check-outs of systems on the James Webb Space Telescope after its trip on the MN Colibri and loading the spacecraft’s propellant tanks with fuel.

Prior to shipping, the telescope also underwent testing at Northrop Grumman facilities in California.

The Webb telescope’s primary purpose is to study the universe in the infrared. Hubble studies it primarily at optical and ultraviolet wavelengths enhanced by some infrared capabilities. 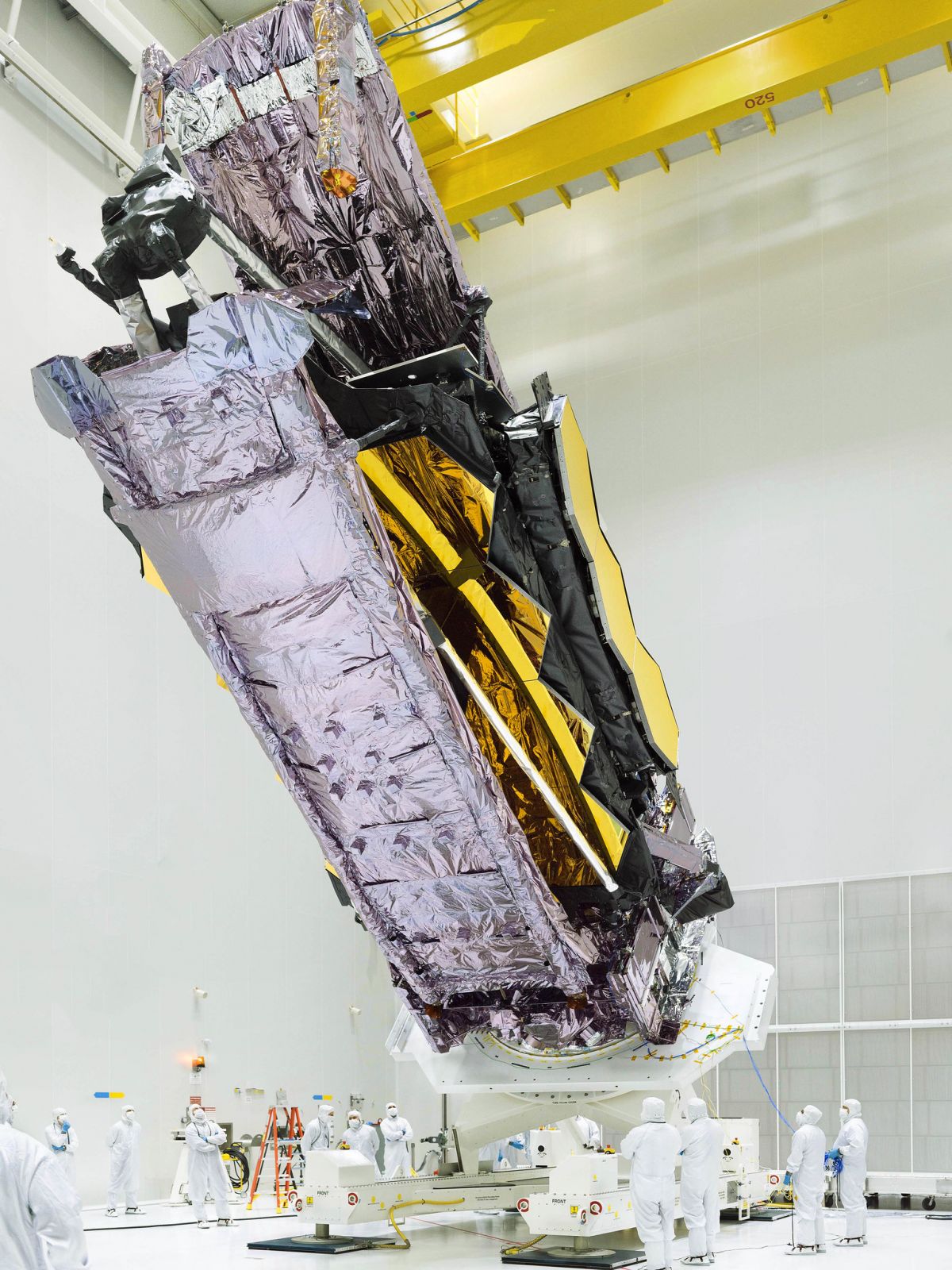 One of the telescope’s most significant aspects is its 21-foot-wide primary mirror that will determine how much light the device can collect as it peers into the universe.

The mirror itself is composed of 18 separate hexagon segments that will unfold after launch with each mirror covered in a microscopically thin layer of gold.

The James Webb satellite was funded in 1996 with a budget of $500 million. Cost overruns and delays to the spacecraft and project, which was originally scheduled to launch in 2007 and received a major redesign in 2005, has finished with a cost of $8.8 billion.

After launch, the Space Telescope Science Institute in Baltimore will operate the telescope.

Why does the United States use foreign launch vehicles? It must be political!