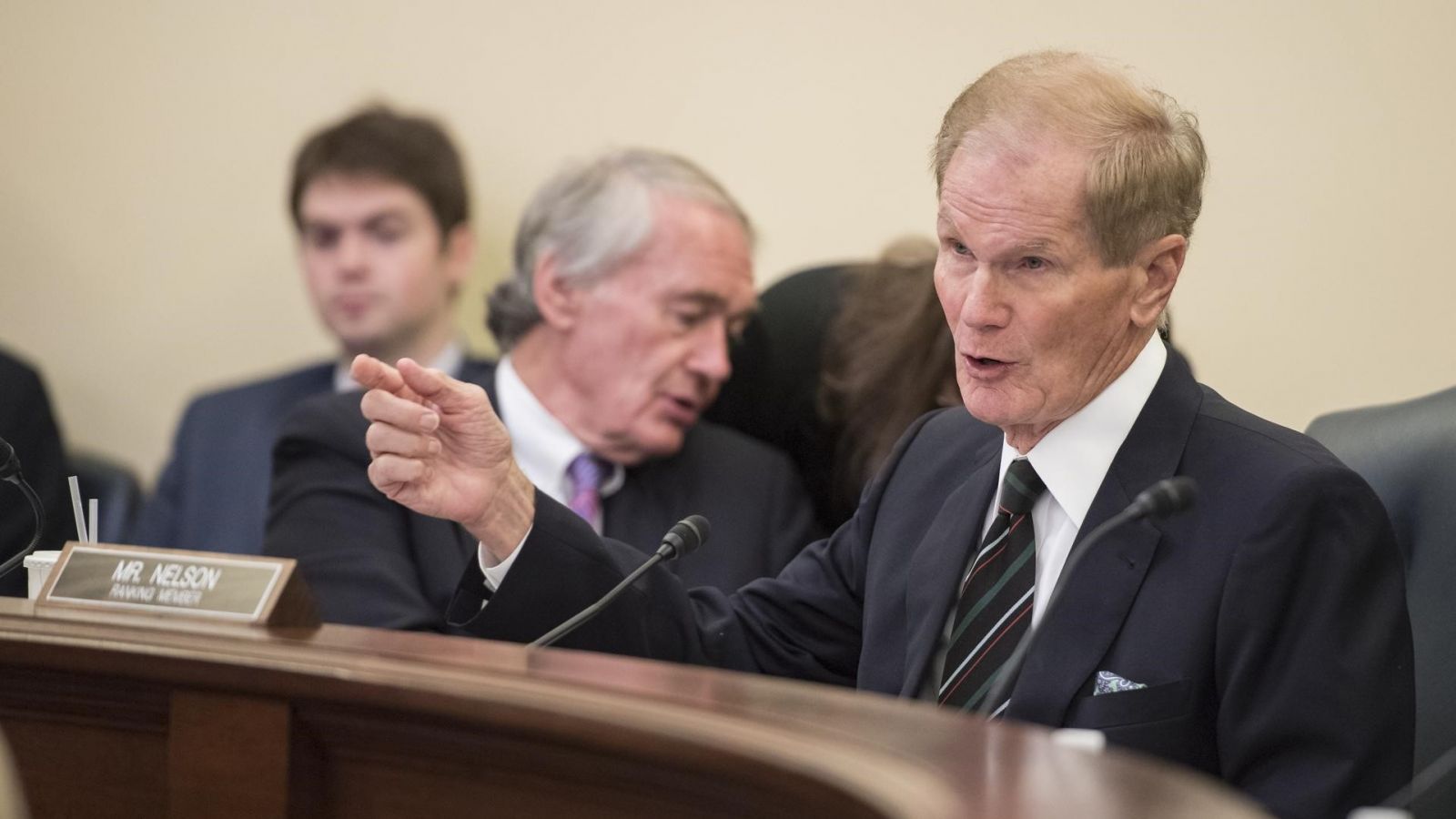 Senator Bill Nelson, former U. S. Senator, is a fifth-generation Floridian whose family came to Florida in 1829. He has served in public office over four decades, first in the state legislature and U. S. Congress, then as state treasurer. He was elected three times to the United States Senate, representing the third largest state for 18 years. His committees included the breadth of government policy from defense, intelligence and foreign policy to finance, commerce and health care.

Most every piece of space and science law has had his imprint, including passing the landmark NASA bill of 2010 along with Senator Kay Bailey Hutchinson. That law set NASA on its present dual course of both government and commercial missions.

In 1986 he flew on the 24th flight of the space shuttle. The mission on Columbia, orbited the earth 98 times during six days. Nelson conducted 12 medical experiments including the first American stress test in space and a cancer research experiment sponsored by university researchers. In the Senate he was known as the go-to senator for our nation’s space program. He now serves on the NASA Advisory Council.

The preceding is a White House press release from March 19, 2021.

“I’m pleased President Biden has nominated former U.S. Senator Bill Nelson to lead our agency. Bill has a proven history of supporting our work here at NASA, and has helped advance America’s position in human exploration, science, aeronautics, and technology. While the Senate must confirm the nomination, I look forward to continuing to work with Bill and the Biden-Harris administration to carry out NASA’s many critical missions in the years to come.

“The men and women at NASA are an incredible national asset and will continue to take on the most pressing issues facing our country. As we look to the future – and with Bill at the helm – we will continue to take on and find solutions to problems once thought unsolvable, and educate and inspire the next generation of American scientists, engineers, and workers.”

“Bill Nelson is an excellent pick for NASA administrator. He has the political clout to work with President Biden’s Office of Management and Budget, National Security Council, Office of Science and Technology Policy and bipartisan members of the House and Senate. He has the diplomatic skills to lead an international coalition sustainably to the Moon and on to Mars. Bill Nelson will have the influence to deliver strong budgets for NASA and, when necessary, he will be able to enlist the help of his friend, President Joe Biden. The Senate should confirm Bill Nelson without delay.”