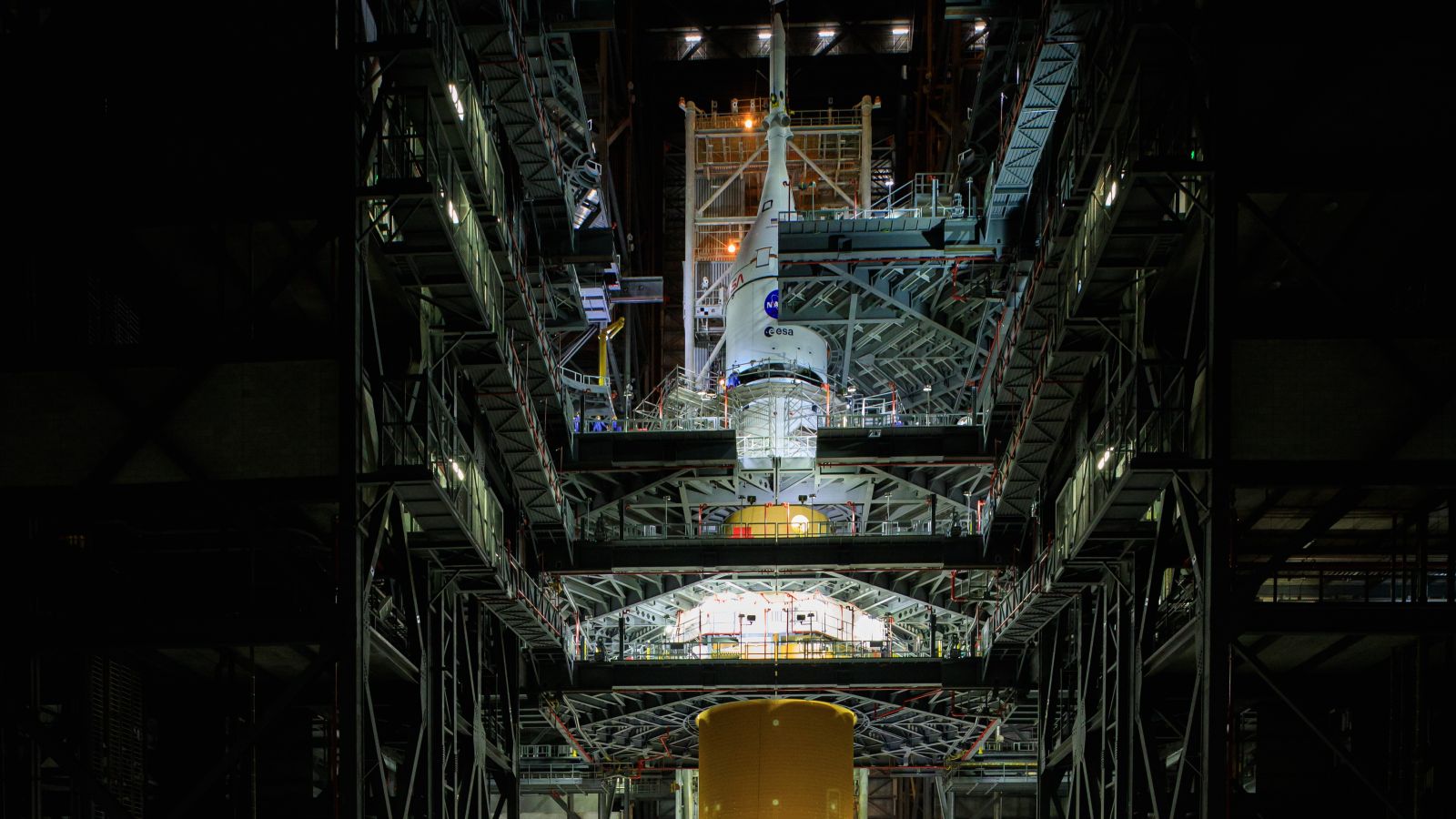 According to NASA officials in an Oct. 22, 2021, teleconference, a launch window for the uncrewed Artemis 1 mission is expected to open Feb. 12, 2022, assuming the remainder of all the pre-launch testing finishes on time.

Earlier this year, the launch was projected for sometime in November of 2021. But now, with processing the Artemis 1 SLS rocket months behind, scheduling warrants a launch attempt in 2022.

On Oct. 20, engineers stacked the Orion spacecraft with its launch abort system atop the SLS, capping off the 322-foot-tall Moon rocket in high bay 3 inside the Vehicle Assembly Building at Kennedy Space Center in Florida.

The final assemblage of the Space Launch System signals the “homestretch toward the mission” as the agency continues readiness for launch early next year, said Mike Sarafin, NASA’s Artemis 1 program manager during the Oct. 22 teleconference.

At the same briefing, Tom Whitmeyer, deputy associate administrator for exploration systems development at NASA headquarters, informed reporters that NASA plans to roll out the stacked rocket and crew capsule sometime in late December to Launch Complex 39B for testing and a wet dress rehearsal.

Once pad tests are complete and a fueling exercise currently scheduled for early January, SLS will roll back to the VAB for more checkouts and then roll back to Launch Complex 39B for launch, according to Whitmeyer.

The fueling test scheduled for January 2022 is the final checkout of both the rocket and ground systems as NASA’s launch team loads the space vehicle with cryogenic fuel in both the upper and lower stage as part of the run-though of the many launch day procedures the agency is expected to rehearse and run-through ahead of launch date.

Artemis 1 is an uncrewed mission around the Moon designed to exercise the SLS and Orion and all their systems preceding its second flight (its first crewed flight), Artemis 2, which is currently planned for 2023.

Under the current plan, Artemis 3 is expected to send a crew to the Moon for a landing, likely sometime after 2024.

For Artemis 1, Sarafin went on to explain that NASA has daily launch window options available through Feb. 27 with other opportunities from March 12 through March 27, and then from April 8 through April 23.