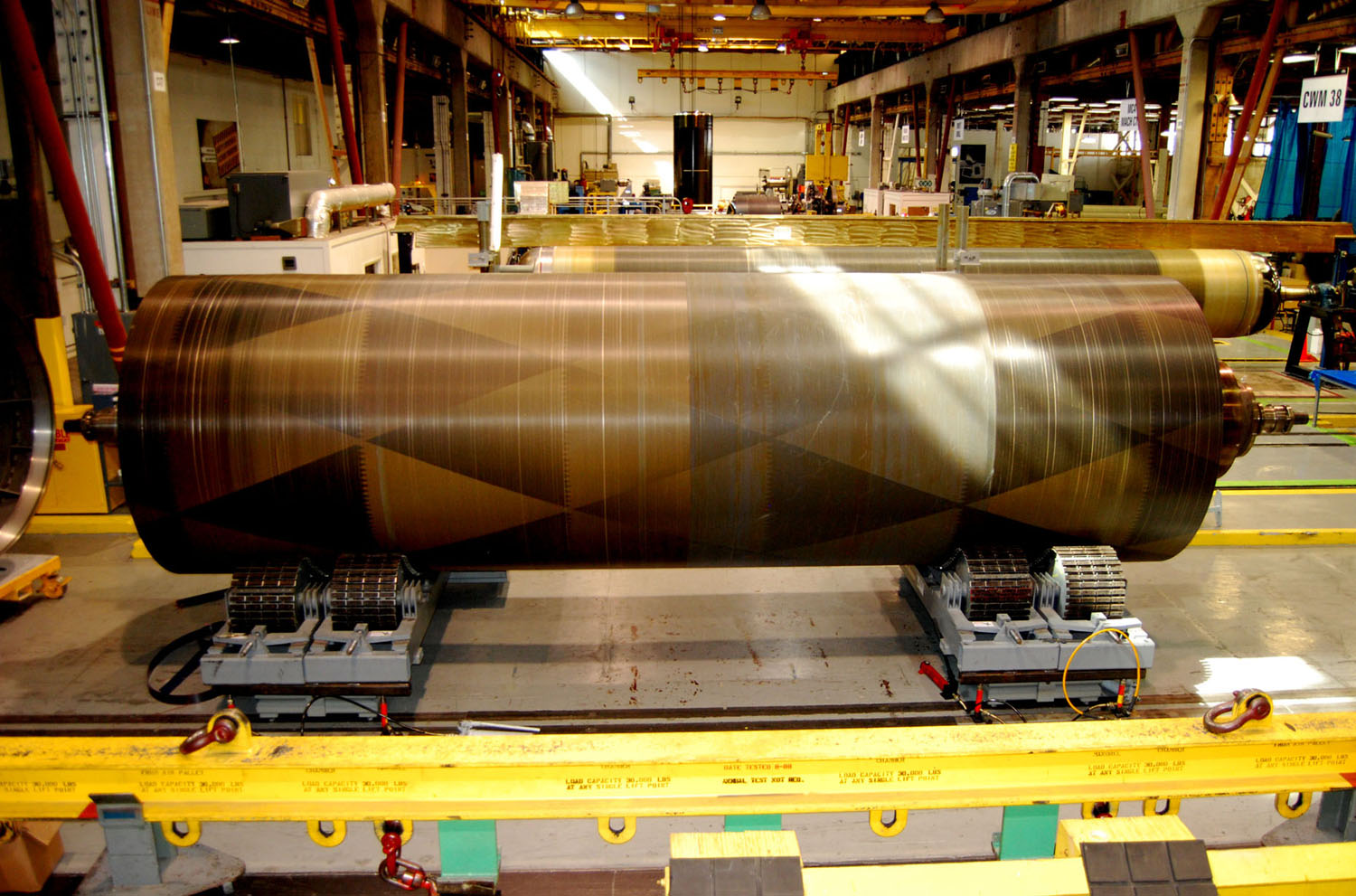 NASA and ATK have made strides with the new advanced booster which is planned for use on the space agency's Space Launch System. Photo Credit: ATK

Boosters planned for use on NASA’s next heavy-lift launch vehicle, the Space Launch System or “SLS” have completed what is known as filament winding. This is an important milestone toward having these solid-fuel rockets used on SLS as well as part of NASA’s Research Announcement (NRA) Advanced Booster risk-reduction program. The filament winding was conducted on a pathfinder Advanced Booster composite case, a very different version of this booster element than those produced in the past. The advanced booster currently being built will be used on NASA’s have-lift booster, the Space Launch System. Image Credit: SLS

NASA and the manufacturer of the booster, ATK, hope that these efforts will produce a stronger case design that is more affordable than traditional steel versions. The solid rocket booster (SRB) design currently being developed can trace its lineage directly back to those used on NASA’s space shuttle. The advanced booster should increase the amount of payload delivered to orbit on SLS.

A statement issued by ATK detailed the positive aspects of this new type of booster.

“ATK’s risk-reduction efforts on this NRA will help NASA with technological development and performance upgrades in the future,” said Charlie Precourt, vice president and general manager of ATK’s Space Launch division. “It also ties to cost reductions we have made on the existing SLS boosters and advances in our commercial business.”

Precourt knows these boosters very well, having depended on similar boosters during his four trips to orbit on shuttles, Columbia, Atlantis and Discovery.

The “pathfinder” version of the booster has a 92-inch diameter and is some 27 feet long. The task of constructing the case involved the use of a modern fiber-placement tool and is described as the result of many individuals using their extensive experience to accomplish the objective.

The next step for the Advanced Booster NRA program will be the development of propellants which are more affordable, yet still operate at the high standards required by NASA. Through ATK’s Value Stream Mapping (VSM) process, employees identify issues which improve the quality of the products produced by the Utah-based firm. According to the company, ATK employees made some 400 changes to the booster – which NASA approved. ATK has stated that these improvements have reduced assembly time by about 46 percent, which the company says has saved millions of dollars in projected costs for SLS.

ATK provides boosters for the Delta II and IV Medium family of launch vehicles which are produced by United Launch Alliance as well as Orbital Sciences Corporation’s Pegasus, Minotaur and Taurus families of rockets. Given that the company has produced solid rocket motors since 1987, NASA is leveraging their experience and legacy systems to develop more efficient, modern versions of their designs.

“The work ATK is doing on NASA’s NRA advanced booster assures a path for affordable upgrades that provide higher performance,” Precourt said. “We have a tremendous amount of experience with solid rocket boosters that enables us to take advantage of existing technology, while developing new technology to improve future products.”

The difficulty in validating statements about how a composite will drop costs, as in “a stronger case design that is more affordable than traditional steel”, comes down to the lack of transparency about any projected costs – there usually are no projections. No before and afters. Statements such as these about being “more affordable” would leave one thinking that if the SRB/SRM yearly budget was X for Shuttle when averaging Y number of units delivered per year, that for a lesser number of units, given the lower SLS projected launch rate, the composite would still be less again than that yearly “steel” and “Shuttle” budget number (adjusted for inflation).

I’ve never seen this to be the case yet on similar endeavors. I’m reminded of a lighter weight external tank in the Shuttle program, sold as being more affordable, but resulting in an increase in yearly budget and per unit costs of tanks. Honestly speaking, the entire effort was only about payload and trying to get the additional payload capability for the ISS construction phase. The rest was just a bit of hype thrown around without precision or clarity. Perhaps if the question was “more affordable than other options, once it was decided payload had to be such and such” -then it would be clearer.