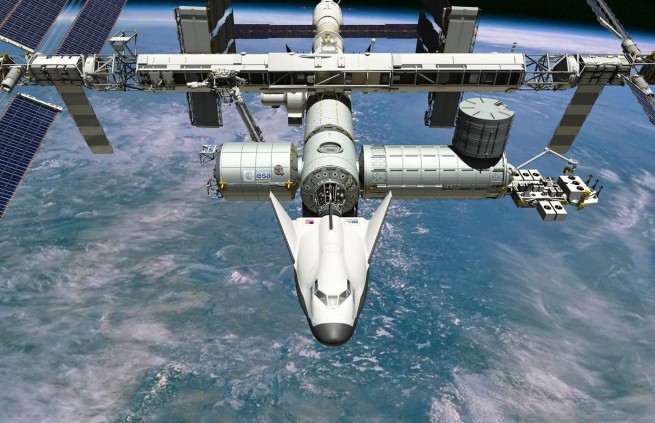 NASA took another step last month to regaining the ability to launch astronauts from U.S. soil. On November 19 NASA published a Request for Proposal (RFP) calling for companies to submit bids on the Commercial Crew Program (CCP). CCP is a blended approach to space launch designed to utilize the extensive commercial aerospace infrastructure as a cost-effective alternative to maintaining and operating a fleet of shuttles. NASA Administrator Charles Bolden noted that the for-profit community had proven a reliable, safe and effective partners in operating launch vehicles and spacecraft for the International Space Station (ISS) through the routine unmanned delivery of supplies. While private sector contractors have long provided a backbone for government aerospace endeavors, the expanded partnership announced on the 19th marks NASA’s commitment to a more privatized and, hopefully, less-costly method of access to the ISS and other destinations in low-Earth-orbit.

Since the retirement of NASA’s space shuttle fleet in 2011, U.S. astronauts have been traveling to the ISS via Russian Soyuz spacecraft. These flights cost $70.7 million a seat. This has become a hot-button topic since the cancellation of the Constellation Program in 2010. The CCP provision for private industry to market space launch services to foreign bodies would seriously impact Russian market dominance in manned and unmanned launches.

The RFP released highlights the requirements of the Commercial Crew Transportation Capability (CCtCap) phase of the Commercial Crew Program. This is the second half of the multi-tiered procurement process which CCP was divided into. Phase one, Certification Products Contracts (CPC), was intended to set a baseline for ensuring system integration and interoperability across service providers. CCtCap is more safety and operationally oriented, designed to make explicit the standards and timelines NASA expects of its partners.

Currently NASA has agreements with Space Exploration Technologies (SpaceX) and Orbital Sciences Corp. to provide the commercial resupply services for its ISS responsibilities. SpaceX became a partner in 2006, and has been launching its Falcon 9 rocket successfully since 2010. It has sign an agreement with the space agency to conduct twelve contracted flights totaling $1.6 billion.

Orbital Sciences became a partner two years after SpaceX, when Kistler Aerospace failed to meet financial milestones (the firm filed for bankruptcy in 2010). It operates the Cygnus spacecraft and Antares rocket. The company is set to launch the first of eight contracted resupply missions valued at $1.9 billion.

Really interesting article. Thanks for the update!