Lockheed Martin to build a rocket to return Mars samples 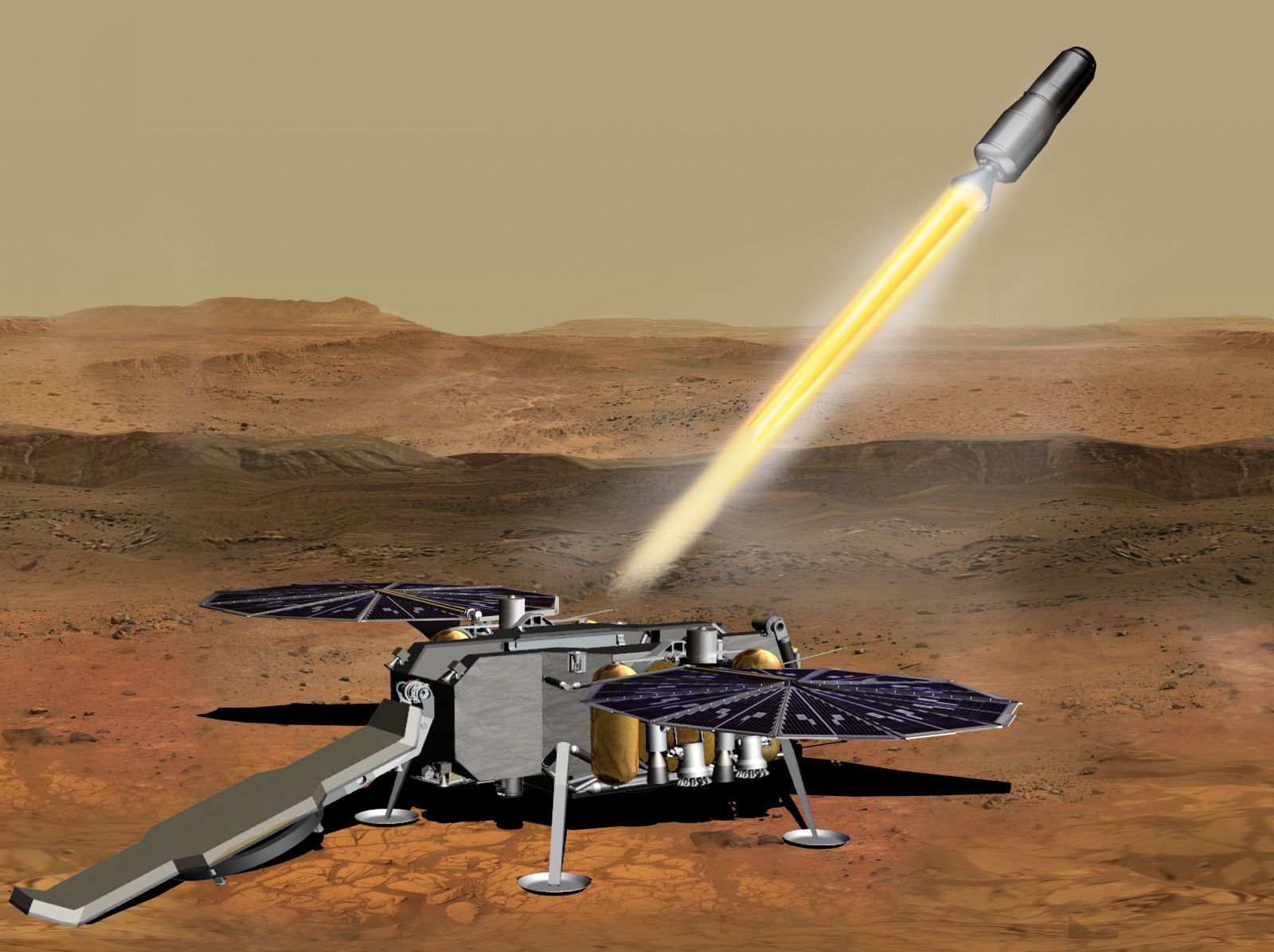 A rendering of a Mars Ascent Vehicle launching from the surface of the Red Planet. Credit: NASA

NASA awarded Lockheed Martin a contract to build a rocket to return Mars rock samples currently being collected by the agency’s Perseverance rover.

Called the Mars Ascent Vehicle, or MAV, the contract calls for Lockheed Martin to develop and build the small rocket that would be sent to the Red Planet on a dedicated lander by no earlier than 2026.

This is part of a multi-phase effort to return samples from the surface of the Red Planet under NASA’s Mars Sample Return program.

“Committing to the Mars Ascent Vehicle represents an early and concrete step to hammer out the details of this ambitious project not just to land on Mars, but to take off from it,” said Thomas Zurbuchen, the associate administrator for science at NASA Headquarters in Washington. “We are nearing the end of the conceptual phase for this Mars Sample Return mission, and the pieces are coming together to bring home the first samples from another planet. Once on Earth, they can be studied by state-of-the-art tools too complex to transport into space.”

The first phase was the landing of the Perseverance rover in early 2021, which is currently collecting samples and placing them in specialized tubes. These tubes are going to be deposited at certain areas at the rover’s landing site, Jezero Crater, which is an ancient river delta said to reveal the “early evolution of Mars, including the potential for life,” according to NASA..

When the lander with the MAV reaches Jezero Crater, a fetch rover will collect the deposited sample tubes and return them to the lander where the MAV is located. The MAV would then be launched back into orbit around Mars, releasing a container with the samples.

The European Space Agency is then expected to capture the container with a dedicated Earth Return Orbiter fitted with NASA’s Capture, Containment, and Return System Payload before returning to Earth via the orbiter in the early- to mid-2030s, NASA said.

The MAV will face some complex development challenges, NASA said, as the spacecraft must be able to withstand the inhospitable environment Mars presents but able to work with multiple spacecraft while still being small enough to fit on a lander with a rover.

NASA said the cost-plus-fixed-fee contract awarded has a possible value of $194 million beginning no later than Feb. 25 and should extend for six years for the Mars Ascent Vehicle Integrated System.