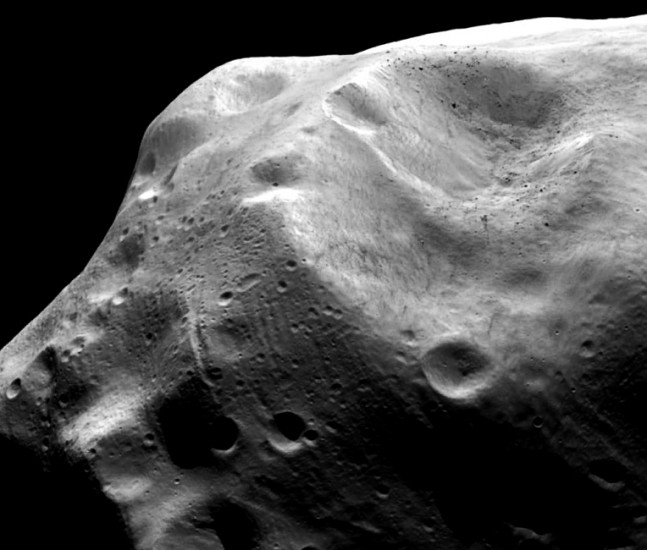 Sharing travel tips is always a smart thing to do ahead of a long and challenging journey. It’s even more important when you’re embarking on a million miles long mission to asteroid. Being aware of that, University of Arizona (UA) scientists met last week with their colleagues from the Institute of Space and Astronautical Science (ISAS) of the Japan Aerospace Exploration Agency (JAXA), to discuss the emerging problems concerning asteroid-bound probes they plan to send.

UA leads the OSIRIS-REx mission to asteroid Bennu, under a contract with NASA, while ISAS’s Hayabusa 2 spacecraft is slated to reach a space rock named 1999 JU3. Both probes are designed to bring back samples from their targets.

“Both spacecraft will venture into far-away and unknown territory, and for the most part, they will be on their own,” said Dante Lauretta, principal investigator of the OSIRIS-REx mission and professor in the UA Lunar and Planetary Laboratory. “But when you’re out there, it’s good to know you’re not alone and you can depend on each other.”

The team led by ISAS Director General Saku Tsuneta visited the UA on Oct. 3, to explore opportunities for collaboration on asteroid sample return missions led by Japan and the United States. The meeting included Masaki Fujimoto, ISAS director of solar system exploration, as well as Shogo Tachibana and Harold Connolly, the scientists who oversee the sampling process and curation for Hayabusa 2 and OSIRIS-REx, respectively.

“I think this is just the starting point,” Tsuneta said. “We have a very close collaboration between Hayabusa 2 and OSIRIS-REx, both huge undertakings. In this economical situation, one country cannot do everything usually. This meeting is not a single event, it is the basis for future collaboration.” Lauretta added that both NASA and JAXA share a keen interest in opportunities for future scientific collaboration. “It’s a great opportunity because operations for both missions will go on simultaneously,” he noted.

During a meeting with UA President Ann Weaver Hart, representatives of both space missions discussed opportunities to engage students from many different backgrounds — not only in the STEM fields but also in business, the arts and communications — as well as the general public.

In addition to hosting members of each other’s mission teams, NASA and JAXA plan to exchange fractions of the samples collected by the two spacecraft.

Hayabusa 2 is the successor of the Hayabusa mission, the first asteroid sample return mission ever undertaken. However, target asteroid is different from Hayabusa’s. The Asteroid Itokawa explored by Hayabusa is rock-rich S-type one. The successor spacecraft will visit a C-type asteroid 1999 JU3. C-type asteroids are also rock quality but it is thought that their rocks contain much more organic matters and water.

Hayabusa 2 will challenge very interesting objectives: what are original organic matters and water existed in the solar system? How are they related to life and ocean water? Also, the probe will challenge new technologies as well as improving the technologies of Hayabusa. Hayabusa 2 is prepared to be launched on Nov. 30, 2014 and is supposed to reach the asteroid in the middle of 2018, stay there about one and half years, depart from the asteroid to return to the earth at the end of 2019, and come back to the earth at the end of 2020.

This is an artist’s concept of NASA’s OSIRIS-REx spacecraft preparing to take a sample from asteroid Bennu. Image Credit: NASA/Goddard

The Origins Spectral Interpretation Resource Identification Security – Regolith Explorer (OSIRIS-Rex) will travel to a near-Earth asteroid, called Bennu (formerly 1999 RQ36), and bring at least a 2.1-ounce sample back to Earth for study. The mission will help scientists investigate how planets formed and how life began, as well as improve our understanding of asteroids that could impact Earth. OSIRIS-REx is scheduled for launch in late 2016. As planned, the spacecraft will reach its asteroid target in 2018 and return a sample to Earth in 2023.

Lauretta said that he is a huge fan of Hayabusa mission. “We learned an enormous amount from that mission – it changed our whole perspective on OSIRIS-REx. Our Japanese colleagues helped themselves to plan Hayabusa 2 and to reduce the risk and the challenges of that mission, but they helped us without even realizing it. We studied their mission intently, we studied their asteroid, their processes and procedures, we took away the best, and we improved areas where we thought we could reduce risk even more. In many ways it fed into the success of our mission, and I’m very thankful for the pioneering work that they did,” he added.

We should be fans of those missions too, as the probes will bring the pieces of space wanderers to Earth, to help us answer the fundamental questions about the origins of life. Let’s also hope that we’re witnessing the beginning of a US-Japan cooperation that could lead to future joint interplanetary missions.

This article originally appeared on Astro Watch and can be viewed here: Asteroid