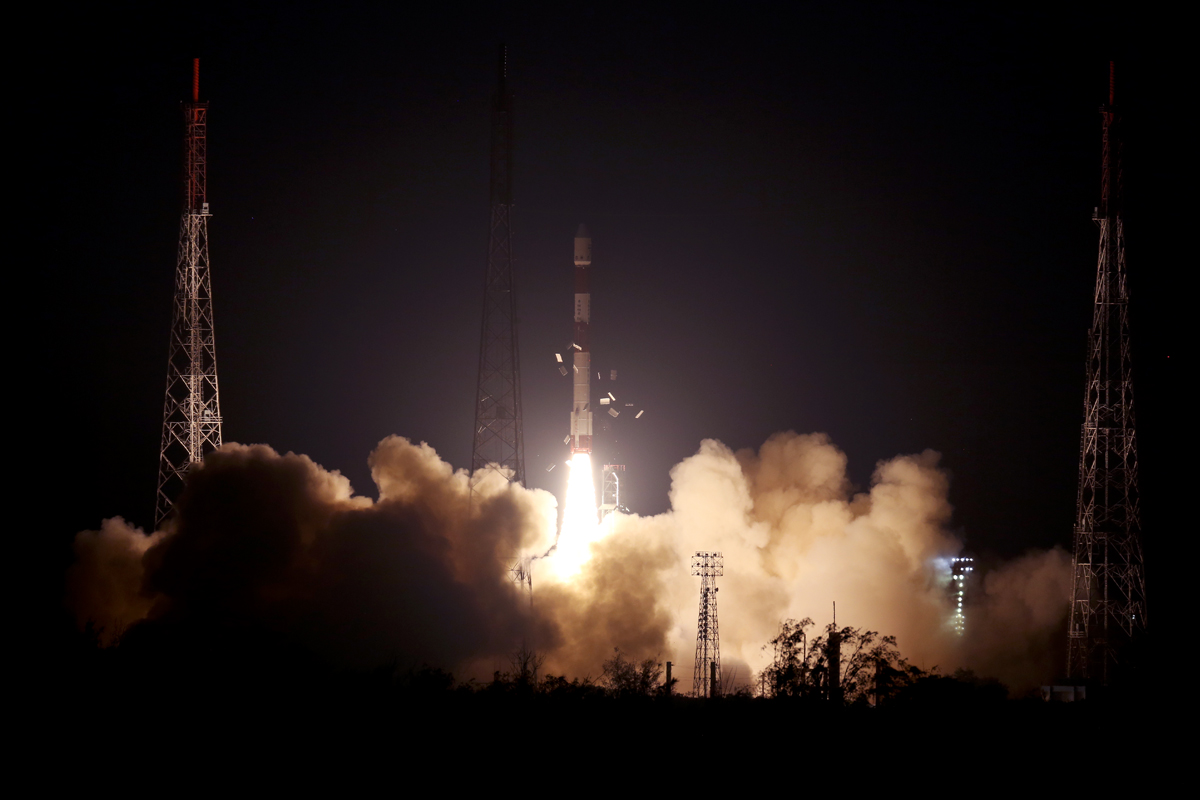 Launching its third rocket of 2019, the India Space Research Organisation (ISRO) sent the RISAT-2B spacecraft into low Earth orbit on May 22, 2019, providing continuity to the country’s Earth observing efforts.

The Radar Imaging Satellite 2B spacecraft is a microwave remote sensing satellite designed to spend five years imaging Earth, providing continuity to services provided by RISAT-2, which launched in 2009. According to ISRO, the 1,355-pound (615-kilogram) spacecraft is the third in the series of India’s radar imaging satellites. It includes an X-band synthetic aperture radar payload, which is designed to resolve features regardless of weather conditions, day or night, and be used for agriculture, forestry and disaster management support.

The 144-foot (44-meter) tall PSLV rocket used for the C46 mission was in a “core alone” configuration, meaning it didn’t have any strap-on solid rocket motors. Liftoff took place at 5:30 a.m. India Standard Time (Midnight GMT) May 22, 2019, from the First Launch Pad at India’s Satish Dhawan Space Centre on the coast of the Bay of Bengal. 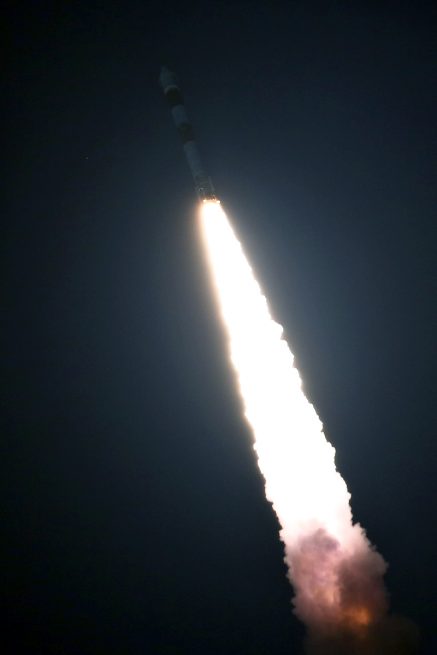 Burning a solid fuel mix, the first stage burned for about 105 seconds before cutting off and separating. The second stage, which burns hypergolic fuels, then ignited and continued pushing the stack toward orbit.

Nearly three minutes into the flight, at an altitude of about 70 miles (113 kilometers) the payload fairing protecting the RISAT-2B satellite from the thicker part of the atmosphere separated and fell away as it was no longer needed.

Some 4 minutes, 22 seconds after liftoff, the second stage separated and the third stage, which burns a solid fuel mix, ignited.

The third stage fired for about 83 seconds before coasting several minutes to bring bring the remaining rocket stack to an altitude of about 273 miles (440 kilometers) and a speed of about 4.3 miles per second (7 kilometers per second).

Then at a mission elapsed time of 9 minutes, 23 seconds, the third and fourth stages separated. Twelve seconds later, the fourth stage ignited and burned a monopropellant mix for about 5 minutes to place the RISAT-2B spacecraft in its final deployment orbit of roughly 346.4 by 345.8 miles (558 by 556.5 kilometers), inclined by 37 degrees from the equator.

RISAT-2B separated from the fourth stage some 15 minutes, 30 seconds after liftoff.

India’s next launch is expected to be the Chandrayaan 2 Moon mission, which will be orbited by the country’s GLSV Mk.3 rocket and include an orbiter, lander and rover.

ISRO is currently targeting a launch between July 9-16 and a landing on the Moon on Sept. 6. The orbiter will use onboard fuel to travel to the Moon and enter orbit before deploying a lander, which houses a rover, to descend to the lunar surface.

If successful, India would be the fourth country to successfully soft-land on the Moon. This is feat Israeli non-profit SpaceIL was attempting to do earlier this year with its Beresheet lander before it crashed onto the lunar surface following a software issue.

India already successfully orbited the Moon with its Chandrayaan 1 orbiter between 2008 and 2009. ISRO also operates the ongoing Mars Orbiter Mission, which entered orbit around the Red Planet in 2014.