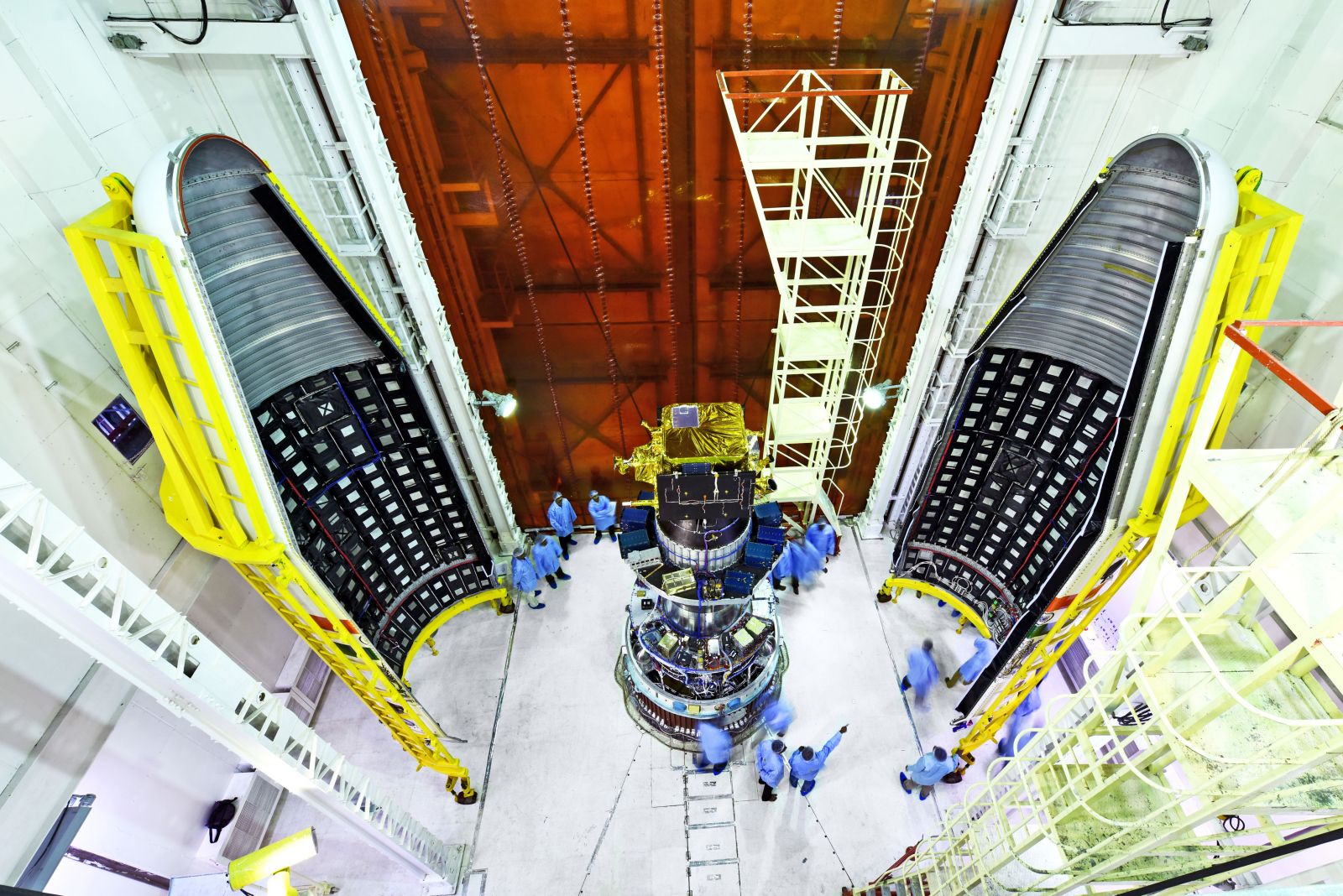 The HysIS imaging satellite, along with 30 co-passengers, prior to encapsulation in the payload fairing. The 31 spacecraft were delivered to a Sun-synchronous orbit on flight PSLV-C43. Photo Credit: ISRO

The rocket was configured in its PSLV-CA, or “Core Alone,” variant – meaning that it was without the six supplemental solid rocket boosters (SRBs) – and was capable of delivering up to 2,400 pounds (1,100 kilograms) to an SSO with an altitude of 395 miles (636 kilometers), though only the HysIS satellite was delivered to that altitude. The 30 remaining satellites we delivered to a lower orbit at approximately 313 miles (500 kilometers) in altitude.

From liftoff to conclusion, the entire mission lasted less than two hours, and saw satellites from not only India, but also from the United States, Canada, Australia, Colombia, Malaysia, Finland, Spain, and the Netherlands share the ride to SSO with the HysIS imaging satellite. Indeed, customers from the United States accounted for 23 of the 31 payloads flown on PSLV-C43.

HySIS, short for Hyper Spectral Imaging Spectrometer, was the primary payload for PSLV-C43 and tipped the scales at 838 pounds (380 kilograms). The ISRO-designed, and Indian-made, satellite is set to study Earth’s surface in the visible, shortwave, and near infrared regions of the electromagnetic spectrum, with a resolution of 98 feet (30 meters). The imaging satellite was based off the SARAL satellite bus, and has a design lifetime of at least five years.