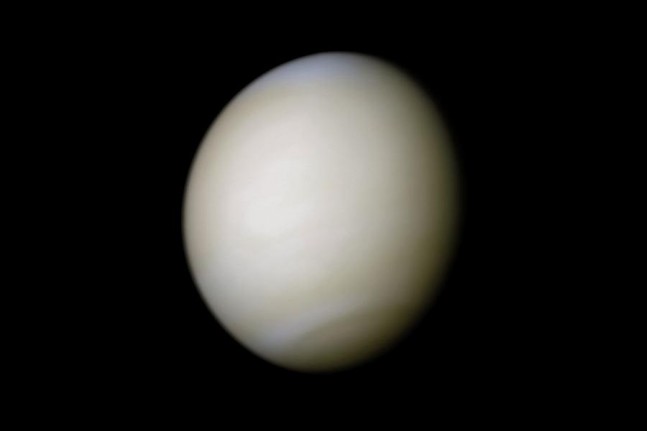 “Besides the second Mars mission, we are looking at Venus and even an asteroid for exploration. A project has to be formulated for this before we chart out a proper roadmap for the explorations. Venus is our neighbor and has many scientific challenges and aspects that need to be studied. Exploring an asteroid is also challenging task,” Kumar said.

ISRO is planning to issue a 10-year road map for planetary exploration in which it will lay out the proposed missions. The ISRO has seen success with the PSLV rocket. Photo Credit: ISRO

“Right now discussions are going on for one more mission to Mars or Venus or we should look at asteroids. There is a science team which is going through this discussion,” Kumar said.

Venus, one of the four terrestrial planets in the inner Solar System is called Earth’s “sister planet” because of their similar size, mass, proximity to the Sun and bulk composition. However, the two worlds could not be more different.

It is shrouded by an opaque layer of highly reflective clouds of sulfuric acid, preventing its surface from being seen from space in visible light. It may have had oceans in the past, but these would have vaporized as the temperature rose due to a runaway greenhouse effect.

So far, only Russia, the United States, and the European Space Agency (ESA) have successfully sent their missions to Venus. In December 2015, Japan will try to insert its Akatsuki probe into the planet’s orbit. Their first attempt in 2010 had failed.

In September 2014, when MOM successfully entered into Martian orbit, ISRO became the fourth space agency to reach Mars. However, India is the first country in the world to enter the orbit of the Red Planet on the first attempt.

ISRO is also considering sending another spacecraft to the Moon – Chandrayaan 2.

“Right now it is going through the realization phase. Work is going on,” Kumar revealed.

Chandrayaan 1 was India’s first lunar probe. It was launched in October 2008 and operated until August 2009. The mission included a lunar orbiter and an impactor. The mission’s greatest achievement was the discovery of the widespread presence of water molecules in the lunar soil.

Notify me of new posts by email.

Good to know that India is working on this, yet they can try sending the same to other planets where there is a hope for living…

**At least for the sake of Stephen Hawkins’s 100 million challenge..;)