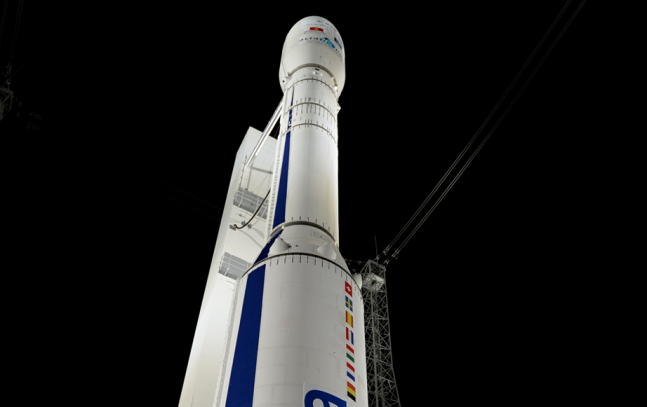 The launch of an Arianespace Vega rocket, which had been scheduled to take place on Monday, April 28 (Tuesday, April 29 in Europe) at 9:35 p.m. EDT, 1:35 GMT has been scrubbed due to an issue with the rocket’s umbilical systems. Vega’s launch site is the spaceport located in Kourou, French Guiana. Tonight’s launch would have marked the third for the Vega booster – but an issue which cropped up shortly before liftoff was set to take place. A new launch time has been set for the night of the 29th (EDT).

Upon review of the issue, Arianespace issued the following response:

The launch was scrubbed at around the T-10 minute mark. According to reports appearing on SpaceFlight Now and NASASpaceflight.com the issue stemmed from: “…a non-compliant behavior of the payload’s ventilation umbilical during countdown after the gantry’s withdrawal.”

No new launch date has been given as Arianespace has to review the facilities at pad ELA-1 in order to discover what caused the issue.  The launch team will then determine the ability of the rocket to carry out the mission tomorrow.

When placed in a Sun-synchronous orbit, the DZZ-HR spacecraft, also known as KazEOSat-1 will serve as an Earth-observation satellite for Kazakhstan.