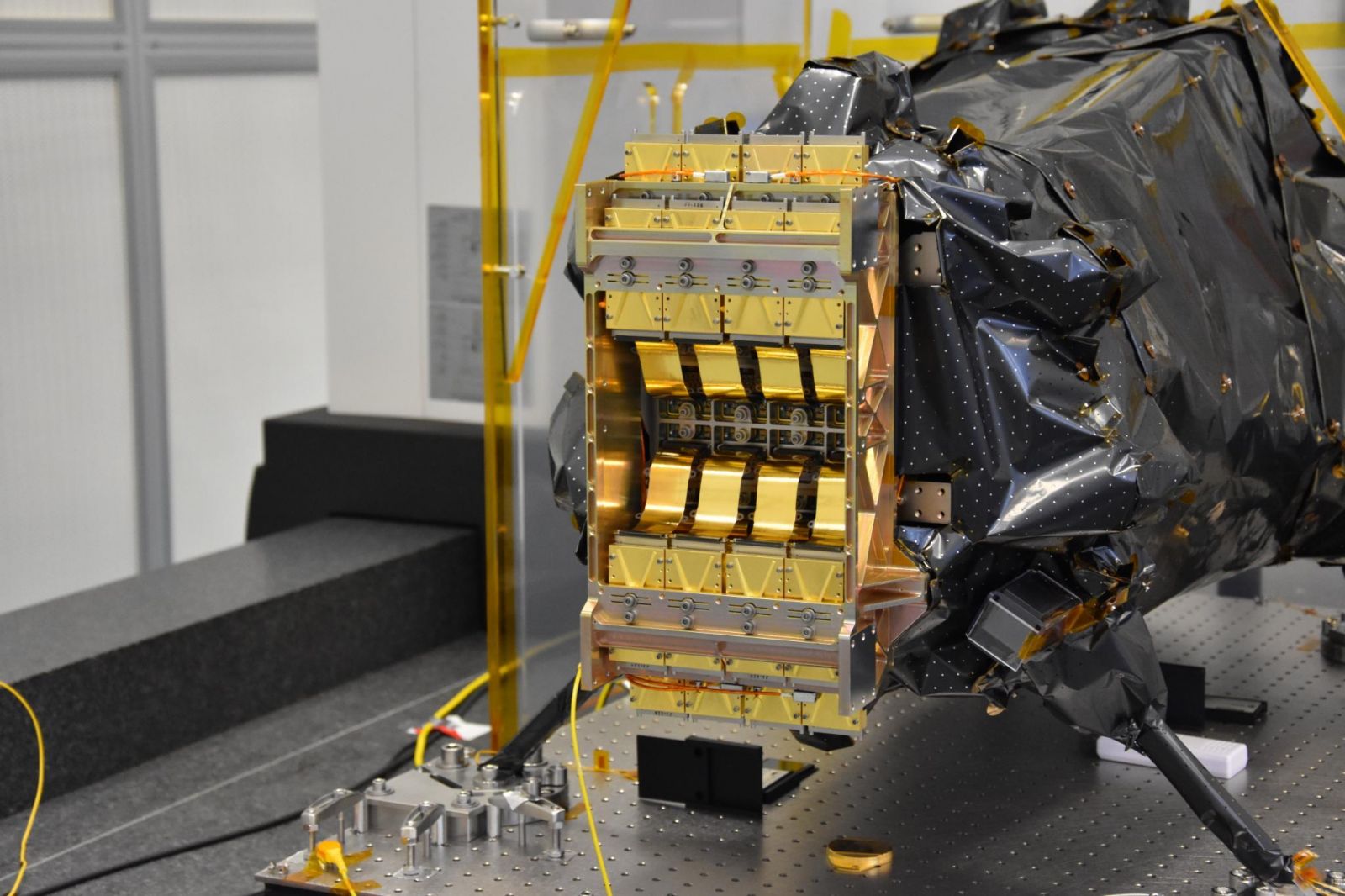 The cryogenic (cold) portion of the Euclid space telescope’s Near Infrared Spectrometer and Photometer (NISP) instrument. NASA led the procurement and delivery of the detectors for the NISP instrument. The gold-coated hardware is the 16 sensor-chip electronics integrated with the infrared sensors. Photo Credit: NASA/JPL-Caltech/Euclid Consortium/CPPM/LAM

Dark energy and dark matter are two of the biggest mysteries facing modern astronomy. Scheduled to launch in 2022, the European Space Agency’s Euclid spacecraft has been designed investigate these invisible phenomena that scientist think make up a majority of our universe. A team of NASA engineers recently delivered crucial components for one on the spacecraft’s science instruments.

Team members at NASA’s Jet Propulsion Laboratory (JPL) in Pasadena, California, and the Goddard Space Flight Center in Greenbelt, Maryland have designed, constructed and tested 20 units of sensor-chip electronics (SCEs) for Euclid’s Near Infrared Spectrometer and Photometer (NISP) instrument. Sixteen of the SCEs are flight models, the other four are backups. Eighteen of the SCEs have been delivered to the ESA, with the remaining two expected to be transferred soon.

The SCEs, which amplify and digitize tiny light signals from the instrument’s detectors, operate at minus 213 degrees Fahrenheit (minus 136 degrees Celsius). The detectors will undergo thorough testing prior to launch. 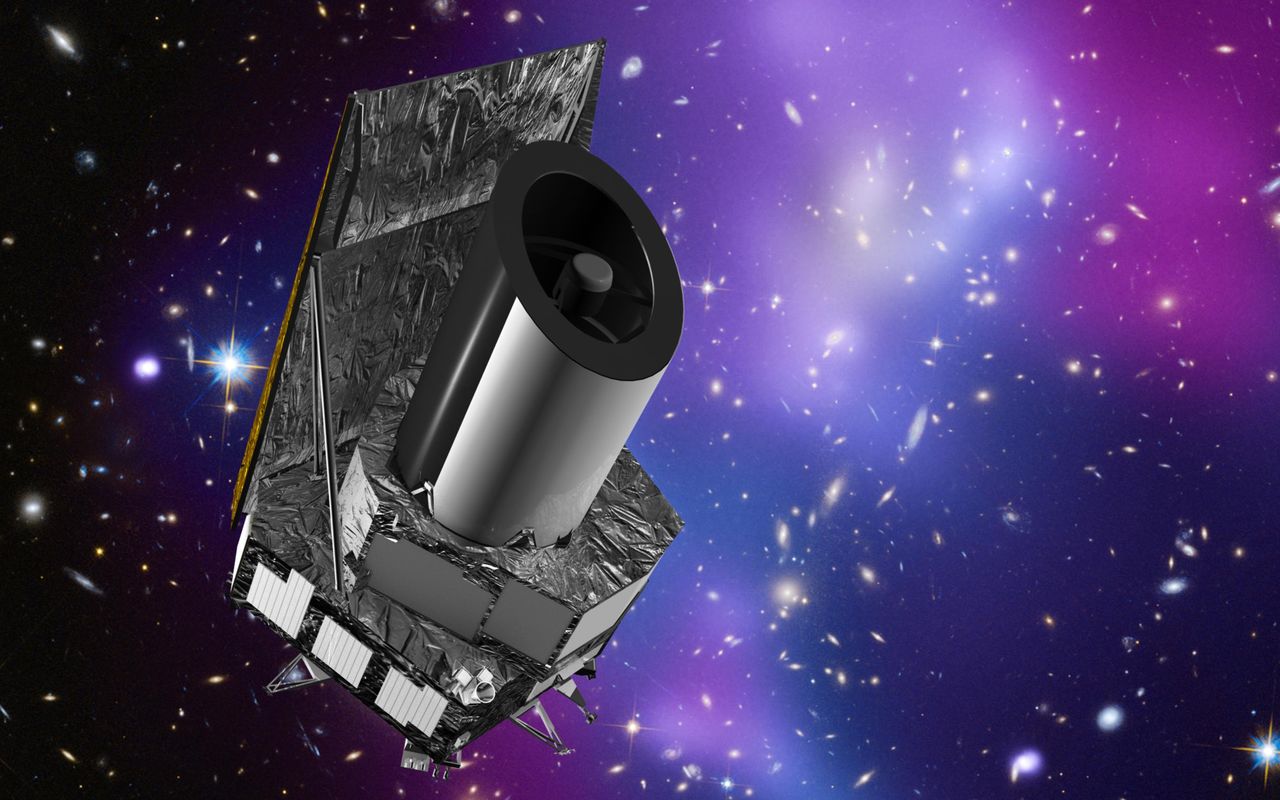 “Even under the best of circumstances, it is extremely challenging to design and build very sensitive and complex electronics that function reliably at very cold operating temperatures,” said Moshe Pniel, the U.S. project manager for Euclid at JPL, who led the team that delivered the sensor-chip electronics. “This truly remarkable team, spread across two NASA centers, accomplished this task under intense schedule pressure and international attention.”

Euclid will study billions of distant galaxies which are moving away from us at an accelerating rate as the universe expands. Astrophysicists don’t know what causes this acceleration but have dubbed the source of the phenomenon “dark energy.”  By observing the effect of dark energy on the distribution of a large group of galaxies, researchers hope to narrow down the possible causes of this phenomenon.

The spacecraft will also investigate the mystery of dark matter, which is five times more abundant in the universe than the “regular”matter that makes up the planets, stars and everything else in the universe that we can see.  To detect dark matter, astronomers study the effects of its gravity. Euclid’s observations of distant galaxies will show how the large-scale structure of the universe is formed by the interaction of regular matter with dark matter and dark energy.

If all goes according to plan, Euclid will launch in June, 2022, from the ESA spaceport in Kourou, French Guiana atop a Soyuz rocket. The mission’s panned duration is 6.25 years.