Commercial space racks up successes as NASA crippled by politics 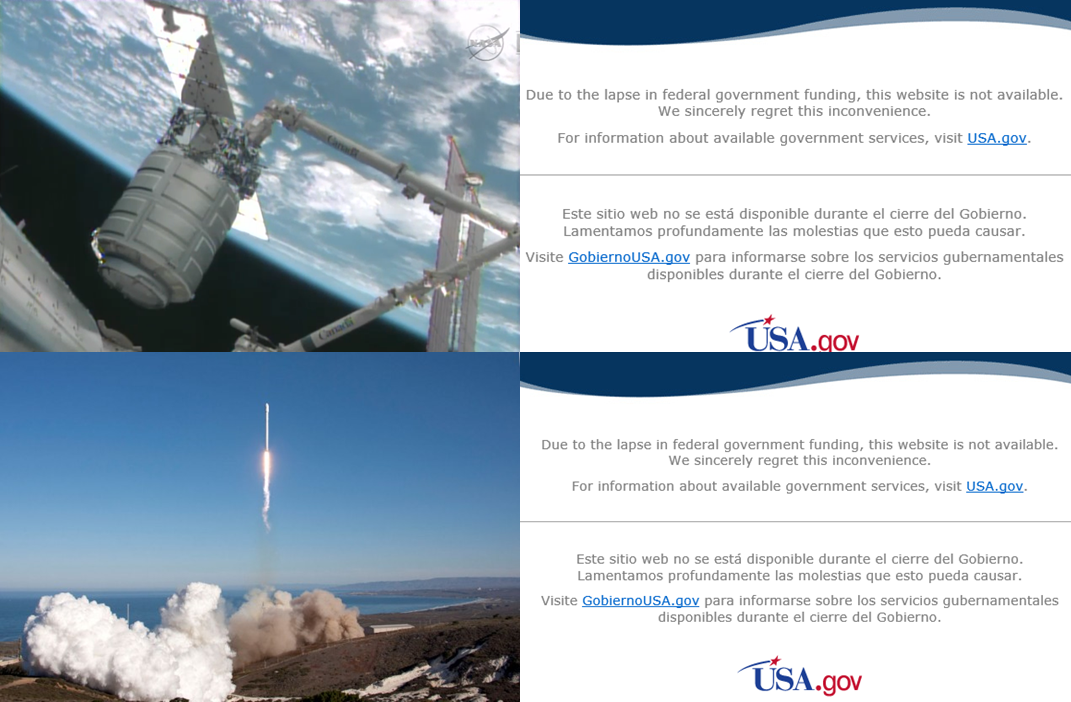 It was a great week in terms of commercial space efforts. Space Exploration Technologies (SpaceX) launched the first of its Falcon 9 v1.1 rockets, an uprated version of the company’s highly-successful Falcon 9 launch vehicle delivering the CAscade, SmallSat and IOnospheric Polar Explorer (CASSIOPE) spacecraft to orbit. Meanwhile, over at Orbital Sciences Corporation, the firm’s Cygnus-1 cargo vessel was successfully berthed to the International Space Station. These events occurred as the US government was shut down. Except for essential personnel (those operating crucial missions such as the space agency’s planetary and station operations) – were furloughed. NASA’s websites as well as its television channel went down with only a message apologizing for the inconvenience in their place. It highlighted issues within NASA – that do not impact commercial ventures.

On September 29, SpaceX accomplished a number of “firsts.” The launch of CASSIOPE saw the first launch from Vandenberg Air Force Base in California, it was the first launch of a non-NASA customer and it was the first launch of the V1.1 iteration of the Falcon 9. The communications and Earth-observation website was placed into an elliptical polar orbit (as is typical for those missions originating out of VAFB). The communications element of the satellite is known as Cascade. The scientific sections of the spacecraft have been dubbed “e-POP” (for enhanced Polar Outflow Probe). It is from these two separate aspects that CASSIOPE gets its name. Cygnus-1 safely arrived at the International Space Station – bringing the number of private spacecraft that journey to the ISS to two. Photo Credit: NASA

On September 18, Orbital Sciences Corporation launched the second of the company’s Antares rockets with the first of the firm’s Cygnus spacecraft bound for the International Space Station. After some minor issues that delayed the spacecraft’s arrival to the ISS, it was successfully grappled by Expedition 37 astronauts and berthed to the orbiting laboratory on Sunday, September 29. The Cygnus Orb – D1 mission is currently slated to conclude when the spacecraft, loaded with refuse, will disembark and then conduct a fiery reentry into the Earth’s atmosphere. Like many of the current vessels that travel to the space station, the Cygnus is not reusable and will be destroyed.

For those that were deeply involved with efforts to get Cygnus into the black on at its current location, this was a moment worth both acknowledging as well as celebrating.

“This success marks a great milestone for the entire Cygnus team,” said Aerojet Rocketdyne Vice President of Space Systems, Warren Yasuhara. “Our thrusters, designed and manufactured by our Redmond, Washington team, were used to maneuver Cygnus near the ISS for capture by the Canadarm. Following its 30-day mission, Cygnus will rely on our
thrusters to also power the vehicle’s departure from the ISS.” This week has not been as kind to NASA. On the Space Agency’s 55th birthday, Oct. 1 – the federal government went into shutdown. NASA”s various efforts were, in essence, halted. As mentioned, most of the public’s access to the agency was restricted or shut down altogether. As if to underscore this, NASA astronauts Greg Chamitoff and Ron Garan opted to leave NASA during this period.

A graphic published on slate.com shows that NASA has taken the brunt of the government shutdown. Given that many proponents of expanded commercial spaceflight endeavors have voiced concerns about the limitations of the federal space program, this week’s events only served to validate these views. The news has not been all bad for NASA however.

According to The Planetary Society NASA’s Mars Atmosphere and Volatile Evolution Mission (MAVEN) was designated as “excepted” from the current shutdown which has paralyzed so many federal institutions. The purpose of this exception? To insure that MAVEN can continue being readied for a planned November 18 launch date.