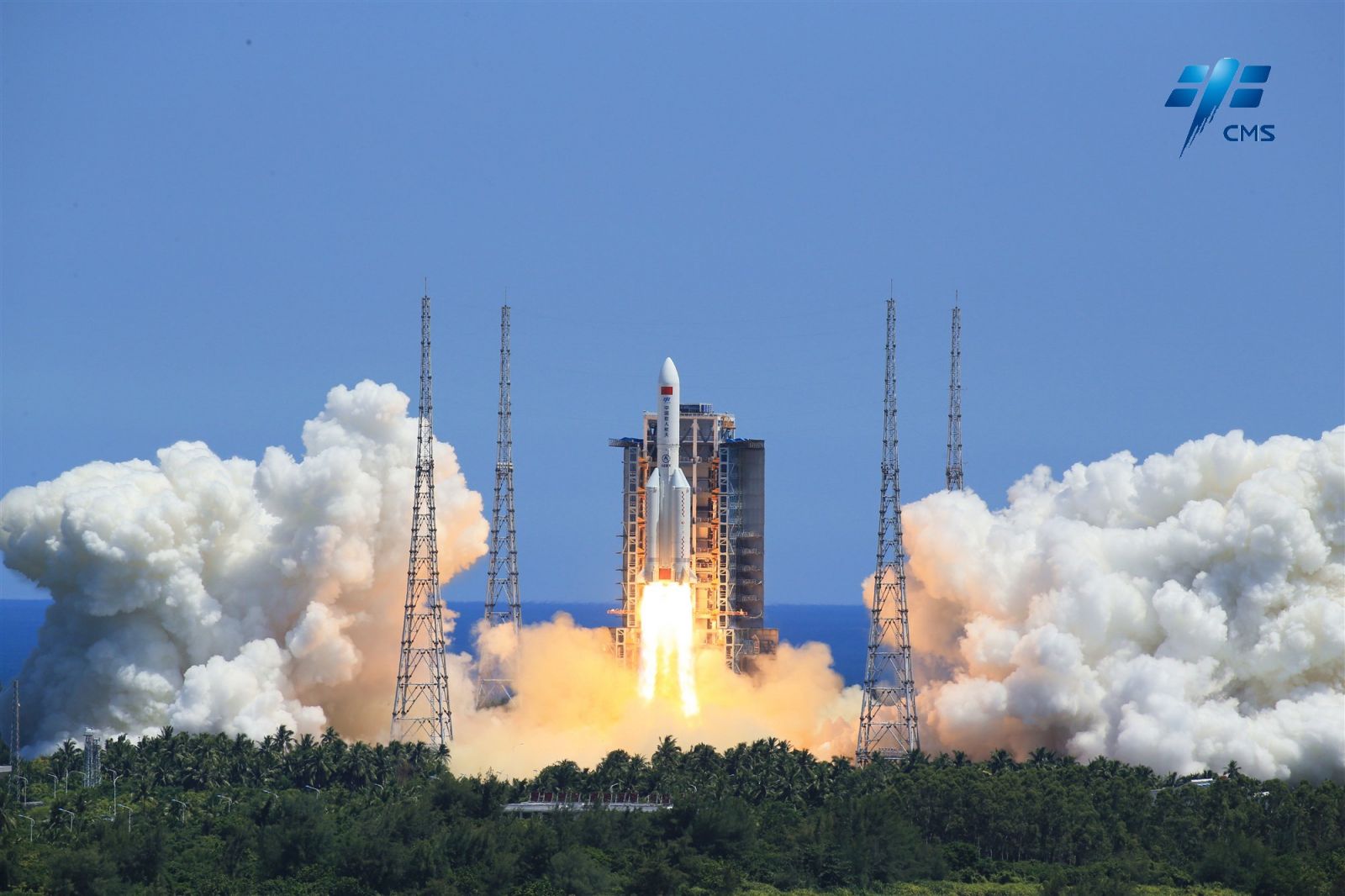 China’s Long March 5B rocket launches the Wentian module into orbit. It docked with the core module of the Tiangong space station some 13 hours later. Credit: China Manned Space

A new laboratory cabin module called Wentian was launched by China to add to the country’s fledgling Tiangong space station. 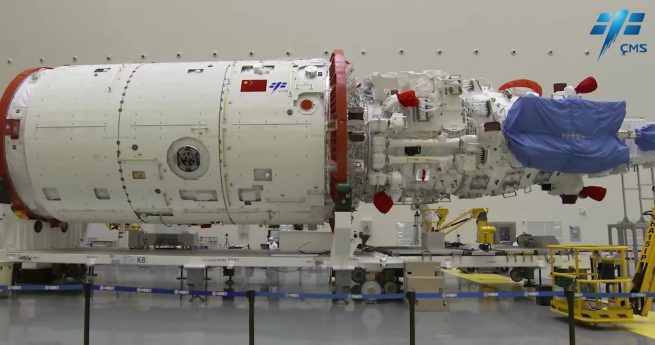 Wentian on the ground being processed before launch. Credit: China Manned Space

In roughly 13 hours, the module autonomously docked with the forward port of the Tiangong space station’s Tianhe core module.

Over the coming days, the three members of the Shenzhou-14 mission currently living aboard Tiangong — Chen Dong, Liu Yang and Cai Xuzhe — are expected to enter the module for initial checkouts. At some point, Wentian is expected to be relocated to the starboard side of the core module using an indexing arm.

Wentian, which means “quest for the heavens,” is about 13.8 feet (4.2 meters) wide by about 59 feet (17.9 meters) long. It has a mass of about 22 metric tons and is powered by two massive deployable solar arrays.

On the outside of the module are locations for a multitude of external payloads and experiments. It also has a 17-foot (5-meter) long robotic arm, which is about half the size of the main robotic arm on the core module.

Inside there are locations for science racks as well as additional sleeping quarters for use during direct crew handovers. The module also has hardware for additional navigation, propulsion and orientation control, which is expected to be used as a backup to those of the core module.

Additionally, Wentian has an airlock near the rear of the module, which is expected to be used for future spacewalks.

Later this year, another module is expected to be launched to Tiangong in October 2022. Similar in shape and size, the Mengtian module is slated to be placed in space by a Long March 5B. Just like Wentian, it’ll dock initially with the forward port of the Tianhe module before an indexing arm will move it to the port side of the station.

When Mengtian is attached to the Chinese space station, it’ll complete the outpost’s construction. The three modules will form a “T” shape.

In December 2022, another crew of three Chinese astronauts are slated to launch to Tiangong aboard Shenzhou-15. They are expected to replace the Shenzhou-14 crew via a direct handover.

During this handover period, there will be six Chinese astronauts in orbit at the same time, a record for the country. It’ll also continue a permanent presence aboard the outpost that began with the Shenzhou-14 crew on June 5, 2022.