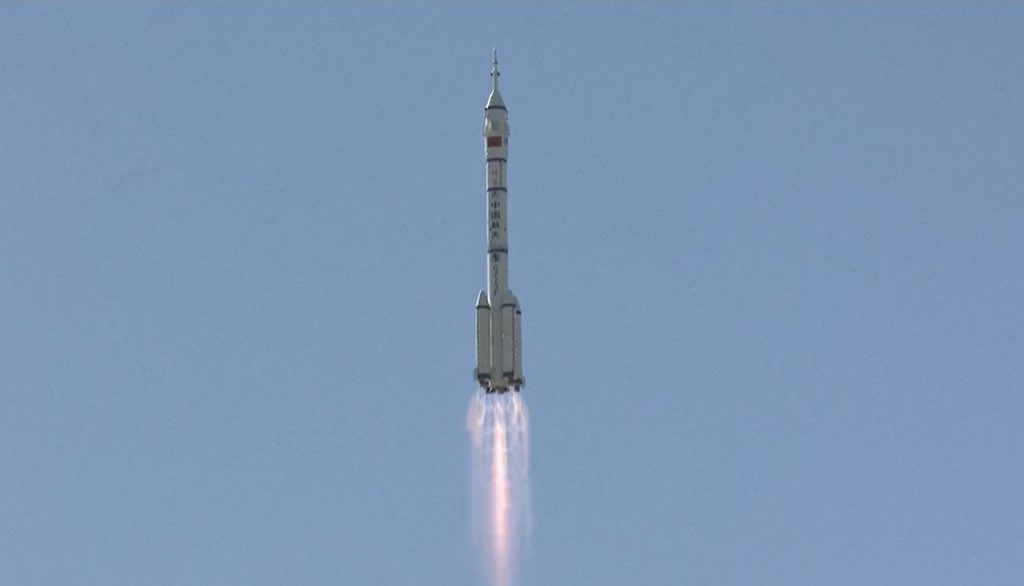 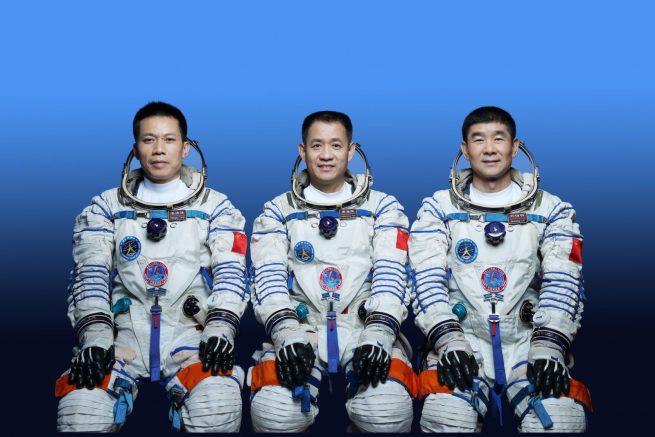 Nie, 56, is on his third spaceflight. He previously flew into space aboard Shenzhou-6 and Shenzhou-9 in 2005 and 2013, respectively, logging just over 19 days in orbit.

54-year-old Liu is on his second spaceflight. His first trip into orbit was aboard the three-day-long Shenzhou-7 mission in 2008.

Finally, 45-year-old Tang is on his first spaceflight.

Shenzhou spacecraft are similar to the Russian Soyuz spacecraft. It has three modules: a service module, a crew module and an orbital module. Combined, it is about 9.1 feet (2.8 meters) wide and 30 feet (9.25 meters) long and has two deployable solar arrays.

Tianhe was orbited in late April 2021. An unpiloted cargo spacecraft called Tianzhou-2 was sent autonomously to the core module in late May.

The outpost is orbiting about 235 miles (380 kilometers) above Earth at an inclination of 41.5 degrees relative to the equator. 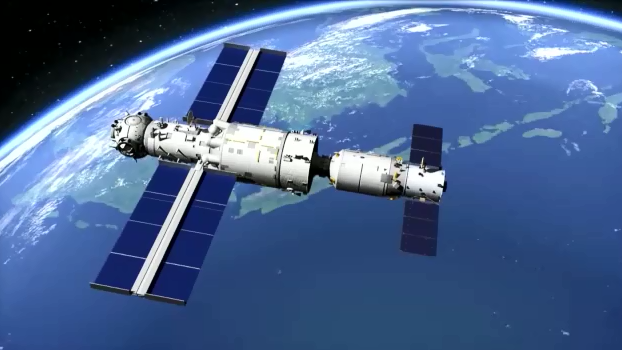 A rendering of the Tianhe core module and the Tianzhou-2 cargo ship docked. Shenzhou-12 arrived at the outpost about 6.5 hours after launch. Credit: CNSA

Shenzhou-12 and its crew are expected to remain at the space station until around September, making it the longest Chinese human spaceflight to date. During that time, the trio are slated to ready the outpost for additional crews and modules as well as perform experiments.

After Shenzhou-12 returns to Earth, Shenzhou-13 and another three-person crew are expected to fly to the outpost in October for a six-month stay.

Over the next 18 months, additional crews are slated to visit the fledgling outpost as it grows from one module to three. China hopes to finish construction by late 2022.

The Shenzhou-12 mission is the seventh crewed spaceflight launched by China, the first having occurred in 2003.

Once the trio arrives at Tiangong, that outpost will become the 12th occupied space station since Salyut 1 in 1971. It’ll also be the third multi-module space station (after the Russian Mir space station and the current International Space Station) once additional elements are added.

Overall, the Tiangong space station has a design life of about 10 to 15 years.

Just a note: The Chinese put their surnames (family names) first, then their given names; the reverse of what Westerners do. Normally they would be referred to as Taikonauts Tang, Nie and Liu, not Hongbo, Haisheng and Boming.