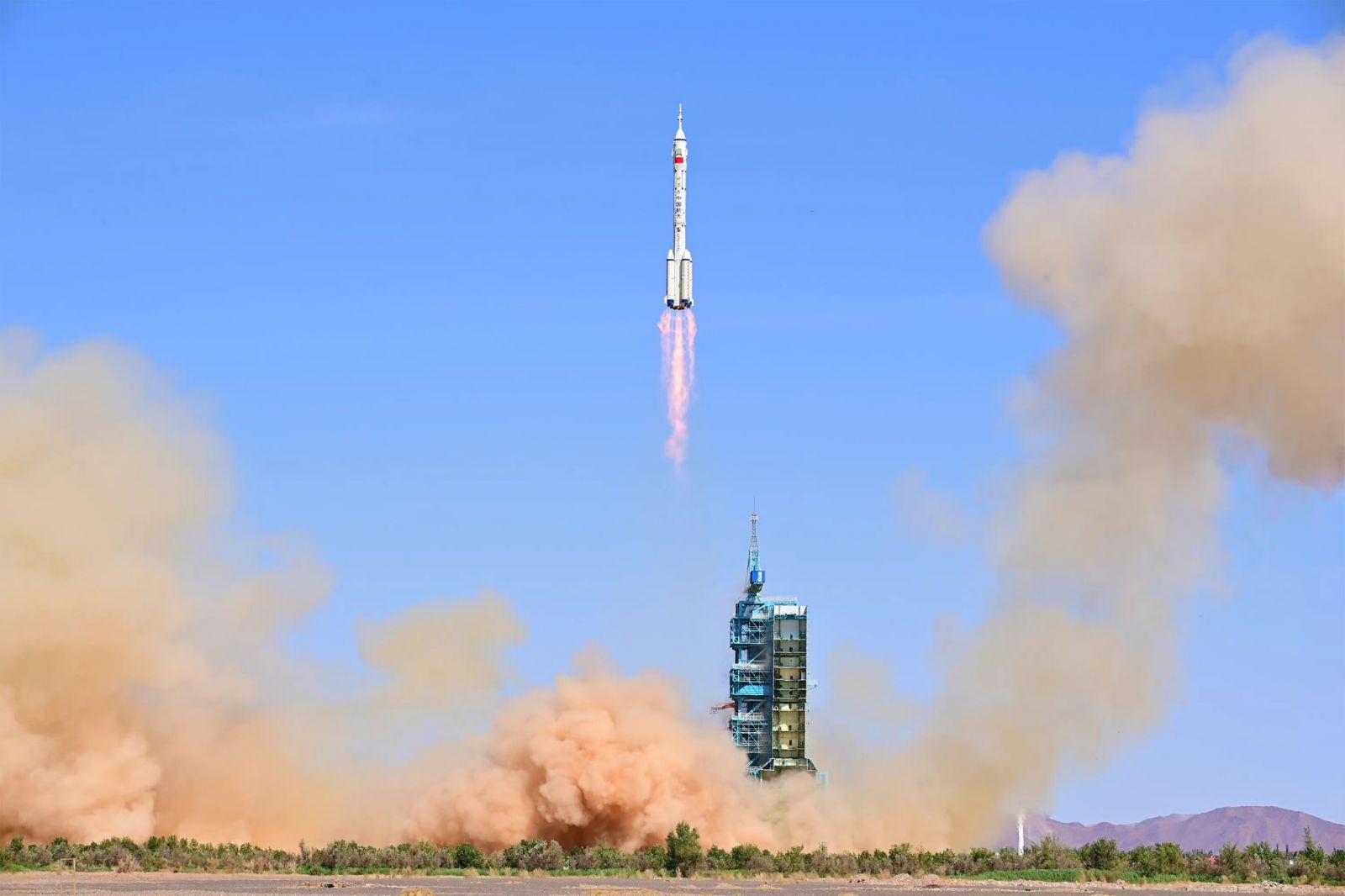 Shenzhou 14 and three Chinese space flyers launched to the Tiangong space station on a six-month mission to complete the assembly of China’s first modular outpost.

Roughly seven hours later, at 5:42 a.m. EDT (09:42 UTC), the spacecraft docked at the Earth-facing port of the Tianhe core module. The mission marks what is expected to be the beginning of permanent occupancy of Tiangong. At the end of their mission in December, the Shenzhou 14 crew is expected to be replaced by the three-person Shenzhou 15 crew.

The three taikonauts began to egress shortly after, readying the station for their nearly six-month stay, which is expected to see the crew assist with the addition of the Wentian and Mengtian laboratory modules. Both are expected to arrive at Tiangong later this year.

This is the second flight for both Chen Dong and Liu Yang, and the first flight for Cai Xuzhe.

To guarantee the safety of the three taikonauts on board, a backup Long March 2F with a space Shenzhou spacecraft is ready at the launch site in China in the event it would be needed for an emergency rescue mission.

Two new modules, known as Wentian and Mengtian, will utilize an automated rendezvous and docking system for assembly, much like that seen in the Russian Mir space station assembly in the 1980s and 1990s.