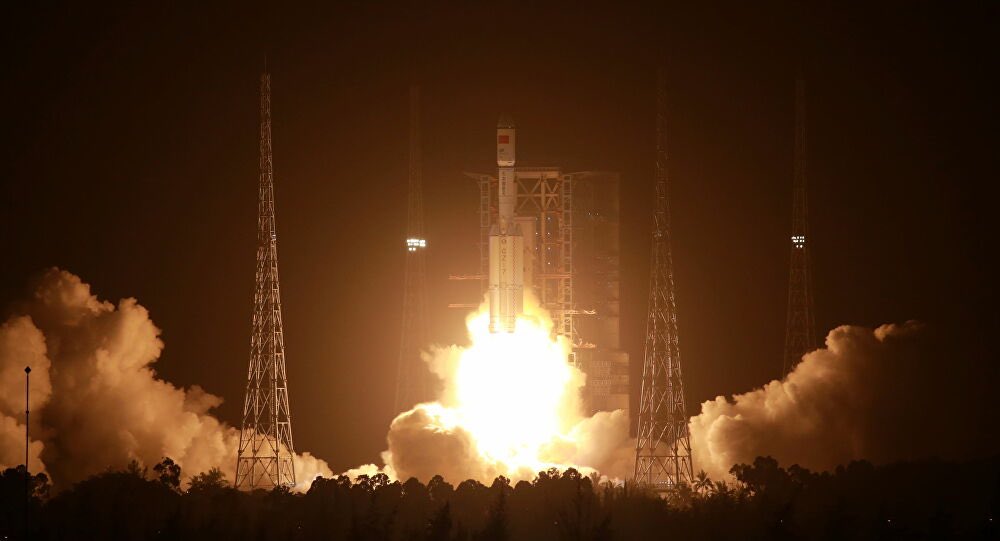 Just a month after launching the first part of its multi-module Tiangong space station, China has sent a cargo spacecraft, Tianzhou-2, to the fledgling outpost.

After a roughly 10 minute ascent into orbit, the Tianzhou-2 cargo ship began its chase of the Tianhe core module, which was launched April 29.

Aboard the 9-meter-long spacecraft is nearly 5,000 kilograms of cargo for the Tiangong space station — about three months worth of cargo for the upcoming crewed Shenzhou 12 mission, slated to launch as early as June 10.

Shenzhou 12 is slated to carry three Chinese astronauts or “taikonauts” to the outpost for several months. Aboard is expected to be Nie Haisheng, Deng Qingming and Ye Guangfu.

The cargo spacecraft is based on the design of the first two early Chinese space stations, which were called Tiangong-1 and Tiangong-2. Tianzhou-1 launched and docked autonomously to Tiangong-2 in 2017 to test fuel transfer techniques.

According to NASASpaceflight, during the Shenzhou 13 mission, it is expected that the robotic arm on Tianhe will test its ability to relocate modules by moving Tianzhou-2 to another port.

This is a key technique that will be required when two additional laboratory modules are launched to the outpost in 2022.

Just like most cargo spacecraft departing the International Space Station, at the conclusion of the Tianzhou-2 mission, it’ll be loaded with trash and unneeded equipment and commanded to destructively reenter Earth’s atmosphere.