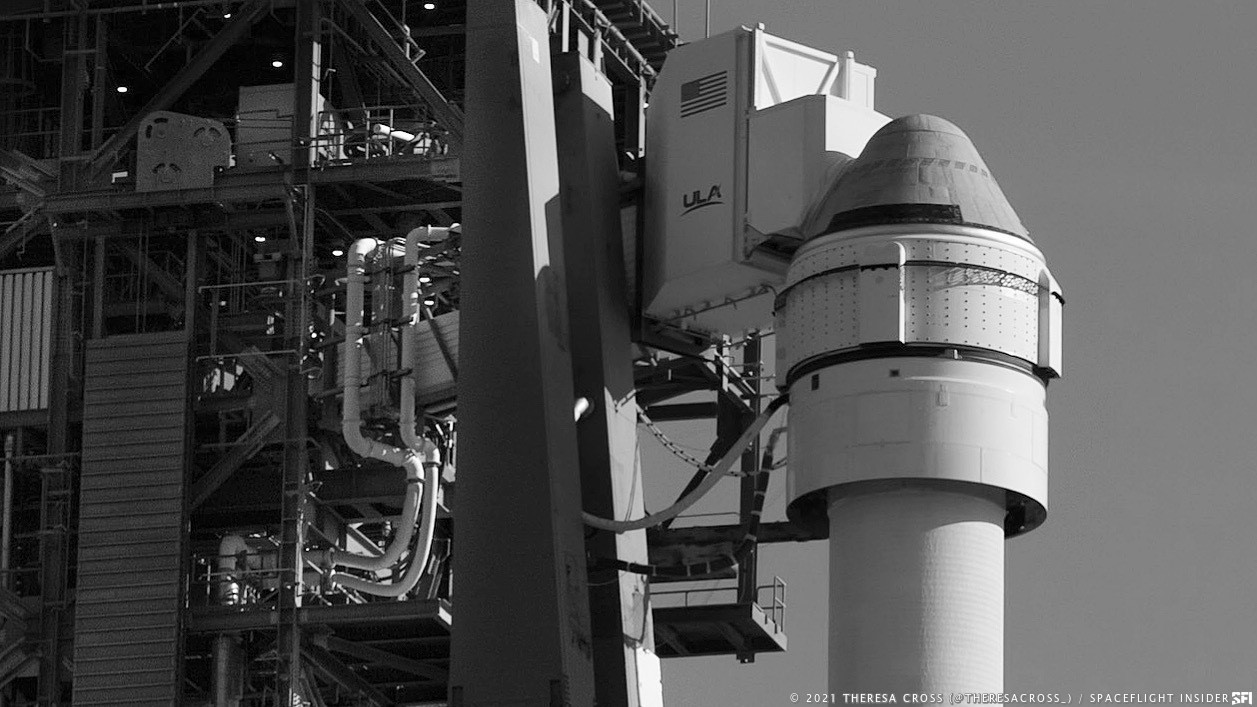 Several hours before the planned launch of Boeing’s uncrewed OFT-2 Starliner spacecraft, the company called off the flight.

Boeing said during pre-launch preparations, its engineers detected an unexpected valve position in Starliner’s propulsion system. The company said the issue was initially detected during check outs after an electrical storm on Aug 2.

“We’re disappointed with today’s outcome and the need to reschedule our Starliner launch,” said John Vollmer, vice president and program manager, Boeing’s Commercial Crew Program, in a company update. “Human spaceflight is a complex, precise and unforgiving endeavor, and Boeing and NASA teams will take the time they need to ensure the safety and integrity of the spacecraft and the achievement of our mission objectives.” 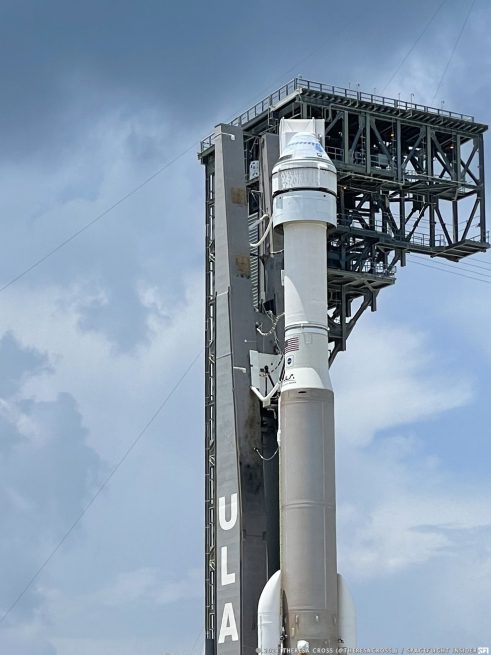 The Orbital Flight Test-2, or OFT-2, Starliner spacecraft was planning to launch atop an Atlas 5 rocket at 1:20 p.m. EDT (17:20 UTC) Aug. 3, 2021, from Space Launch Complex 41 at Cape Canaveral Space Force Station in Florida for an uncrewed flight to the International Space Station.

UPDATE, Aug. 4: Boeing and United Launch Alliance opted to return Starliner and the Atlas 5 rocket to the nearby Vertical Integration Facility in order to get better access to the Starliner service module. As such the team will need more time to better understand the valve position issue.

According to Boeing, the team has ruled out a number of potential causes, including software. A new target launch date has not been announced.

“We’re going to let the data lead our work,” Vollmer said in an update on the evening of Aug. 3. “Our team has worked diligently to ensure the safety and success of this mission, and we will not launch until our vehicle is performing nominally and our teams are confident it is ready to fly.”

If Starliner is not able to launch to the ISS before late August, a conflict may arise when SpaceX is scheduled to fly the CRS-23 Dragon cargo ship to the outpost. There is only one available docking port for those two vehicles to use. A second compatible docking port is already being occupied by the Crew-2 Dragon spacecraft.

If CRS-23 gets priority, it’ll need to be dock throughout the month of September, meaning OFT-2 Starliner would have to wait until at least October.

But even then, there is a rocket conflict with United Launch Alliance and NASA’s Lucy mission to Jupiter’s Trojan asteroids. It’s launch window is only three weeks and will utilize an Atlas 5. This science mission will almost certainly take priority as the next window would be in 2022 with a trajectory that requires more fuel.

The OFT-2 Starliner mission was initially expected to launch to the ISS on July 30. However, following the docking of the Russian Nauka science module on July 29, a glitch with the new module’s thrusters caused the entire outpost to rotate as much as 540 degrees. NASA said the station crew was never in any immediate danger and the issue was solved. Even so, Boeing and NASA opted to postpone the launch of Starliner to give station controllers teams time to work the issue.

Regardless of when Starliner gets off the pad, it is expected to take about a day to reach the International Space Station to dock at the forward port of the Harmony module.

The end-to-end test flight of Starliner, part of NASA’s Commercial Crew Program, is expected to spend less than a week at the orbiting laboratory before undocking, deorbiting and landing in the western United States, likely at White Sands Space Harbor, New Mexico.