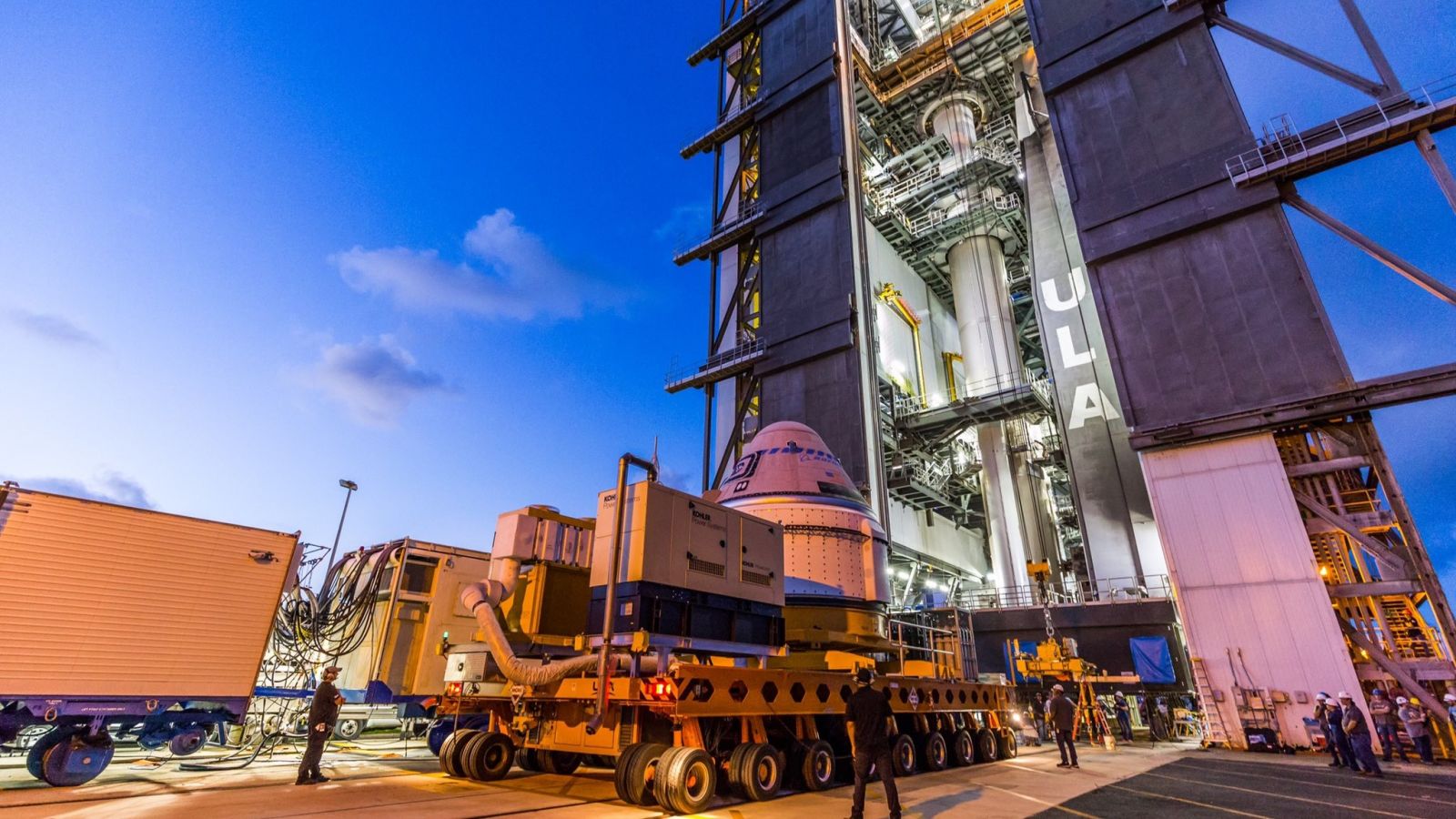 Starliner arrives at the Vertical Integration Facility to be lifted up and attached to the waiting Atlas 5 rocket. Credit: ULA

Boeing’s CST-100 Starliner spacecraft for the upcoming second Orbital Flight Test was transported and attached to its Atlas 5 carrier rocket for launch. 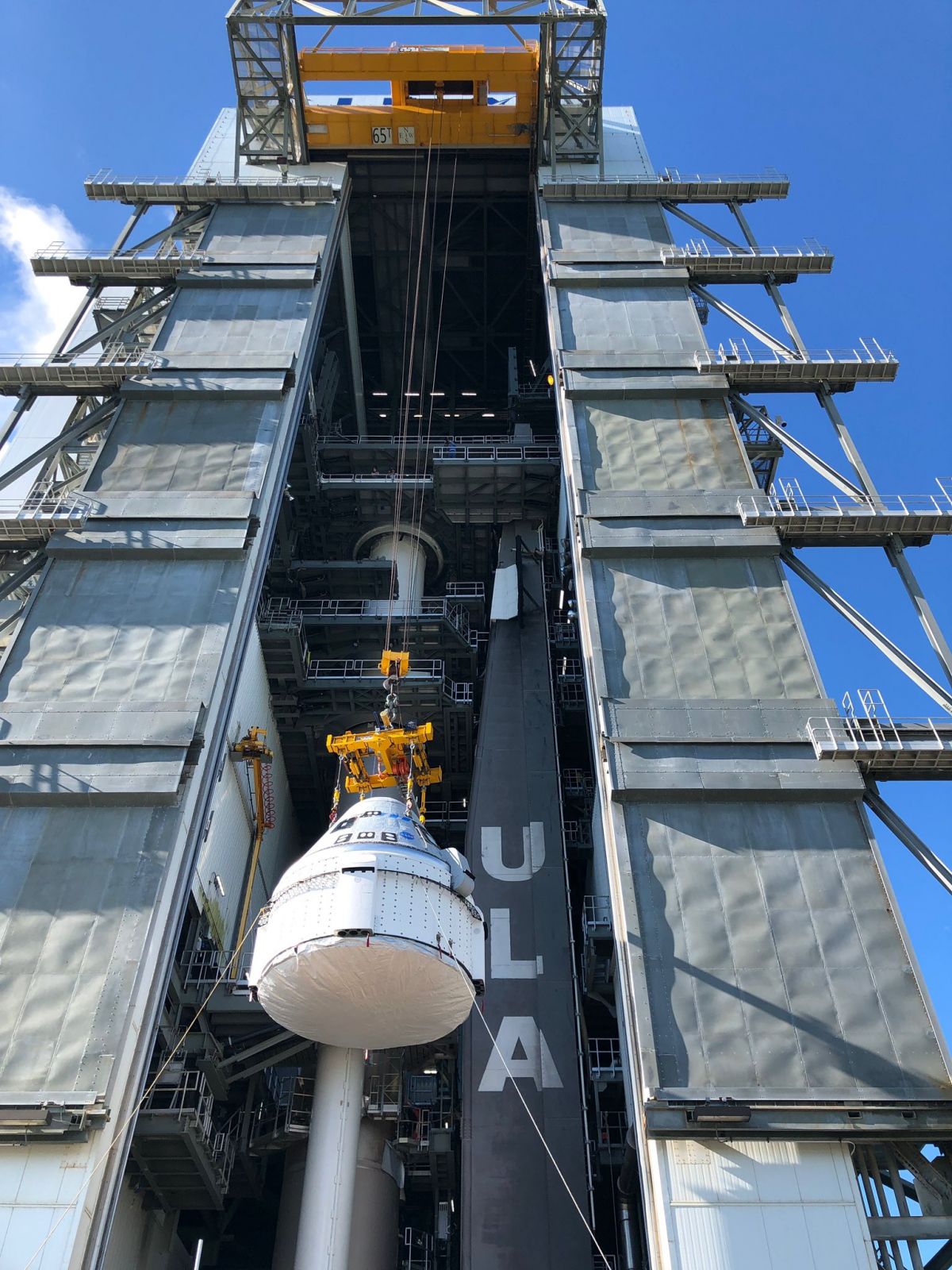 Starliner is hoisted to the top of the Atlas 5 stack to be attached to the rocket in advance of its OFT-2 mission. Credit: ULA

Once it arrived, Starliner was connected to a four-point slink called the Handling Fixture Hoist Tool to attach the spacecraft to an overhead crane. It was then raised to the top of the awaiting Atlas 5 rocket inside the integration facility and attached to the top.

The Atlas 5 variant being used for this mission, and all Starliner missions, is the “N22” configuration. That means it has no payload fairing, two solid rocket motors and a dual-engine Centaur upper stage.

One everything with the rocket and spacecraft are checked out, the whole stack will be moved via the mobile launch platform it is attached to and transported by rail to the nearby launch pad.

The uncrewed OFT-2 mission is slated to launch atop a United Launch Alliance Atlas 5 N22 rocket at 2:53 p.m. EDT (16:53 UTC) July 30, 2021, for an eight minute trip to orbit and subsequent day-long trek to the International Space Station.

OFT-2 is the second uncrewed orbital test flight of the Starliner system. It’s a collaboration with NASA’s Commercial Crew Program with the goal to eventually regularly send astronauts to the International Space Station.

SpaceX, also part of the Commercial Crew Program, has been doing this since mid-2020 with its Crew Dragon spacecraft.

OFT-2 is expected to travel to the ISS and dock with the forward port on the Harmony module. It’s slated to return to Earth between five and 10 days later in the western United States.

The purposeful testing of this end-to-end flight is in preparation and verification of systems on the craft for the safe launch and landing of humans. Should all go according to plan, the Crew Flight Test could take place as early as the end of 2021 with NASA astronauts Barry Wilmore, Michael Fincke and Nichole Mann.

From #Starliner factory rollout to her role as the "eyes in the sky" for the pad team — Amanda Ireland's attention to detail helps keep Starliner moving. pic.twitter.com/6WY2eTnx4m