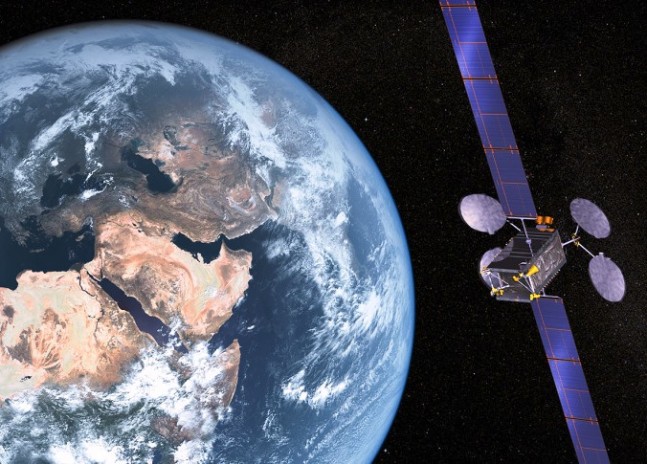 Aerospace giant Boeing has been tapped by SES, a Luxembourg-based company to produce the third all electric propulsion satellite. Based on the 702SP (small platform) satellite, the new spacecraft, dubbed SES-15, will provide in-flight entertainment and WiFi services to customers located in North and Central America as well as across the Caribbean.

SES-15 will be the 12th satellite ordered from Boeing and will be constructed in El Segundo, California. If everything goes according to plan, it will be delivered in 2017 and will operate in both the Ku- and Ka-bands.

“We designed the 702SP satellite to meet our customer’s mission requirements as efficiently as possible by reducing the spacecraft mass to take advantage of low cost launch vehicles while maximizing the revenue-generating capability of the payload,” said Mark Spiwak, president, Boeing Satellite Systems International, Inc.

Boeing customizes the 702 bus per the customer’s requirements and is based on a modular design that normally has more than 70 transponders. The 702 has been made to fly on an array of launch vehicles which include United Launch Alliance’s Delta IV and Atlas V family of boosters, SpaceX’s Falcon 9, Arianespace’s Ariane 5, International Launch Services Proton and Sea Launch’s Zenit 3SL.