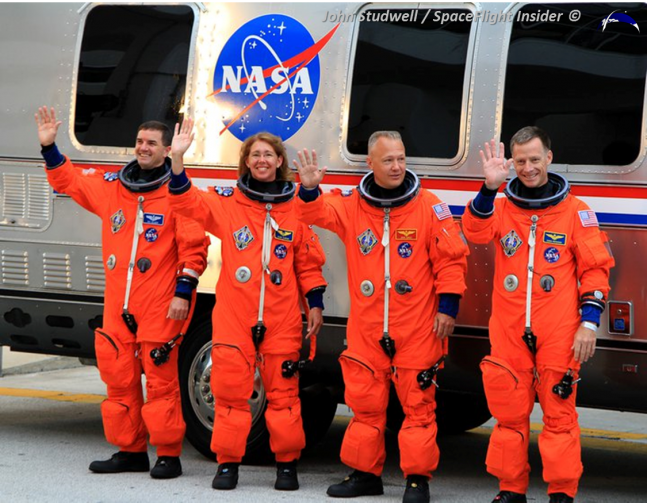 Boeing’s Crew Space Transportation (CST)-100 spacecraft recently passed a software demonstration milestone by exhibiting an in-flight control system with a flight simulator, which was piloted by retired space shuttle commander Chris Ferguson. In addition to this review, this same simulator is planned by Boeing to train and ensure flight readiness of future astronauts on missions returning to low-Earth orbit (LEO).

“It was great to be back in the pilot’s seat, even if I didn’t leave the ground,” said Ferguson in a statement released by Boeing. “It’s important for the spacecraft to have manual controls because although it’s designed to be largely autonomous, the pilot should always be able to back up that autonomy. Manual flight controls provide a sort of a belt-and-suspenders capability for piloting the spacecraft.” Ferguson is currently working as the crew and mission operations director for Boeing’s commercial crew program, which involves him overseeing CST-100’s crew interface systems and testing technologies for integrated launch and ground systems. He is also a veteran astronaut that served on three space shuttle missions where he spent more than 40 days in space. This included his role as a pilot for STS-115, and commander for both STS-126 and the final space shuttle mission STS-135, which closed out the shuttle era in 2011.

This developmental landmark is referred to as “Pilot in the Loop,” and involved Ferguson’s demonstration of the manual operation of a flight simulator with hand controls designed by Boeing engineers. This is directly tied into Boeing’s ongoing compliance with requirements set by NASA’s Commercial Crew Integrated Capability (CCiCap) agreement. CST-100’s flight simulator test allowed Ferguson to demonstrate key in-flight maneuvers that involve rendezvous and docking with the International Space Station, and navigation of altitude and velocity control upon the spacecraft’s reentry with the Earth’s atmosphere.

Though CST-100 is planned to be largely autonomous for crews in regards to its flight controls, its software had to demonstrate an ability to switch over to manual control of avionic systems to the spacecraft’s pilot if needed.

Technicians for CST-100 worked with Boeing’s Global Services and Support division in St. Louis to develop the lifelike software used for this flight simulator.

“We’ve continued to develop our training and our aircraft technology over the last 30-40 years, and so we’re able to put that technology into the new spacecraft,” said Andrew Schamp, a lead technical software engineer, in another statement released by Boeing. “I think it could certainly be the most advanced thing we’ve ever done.”

Another upcoming milestone for CST-100 is the critical design review of the spacecraft’s primary design structure, which will determine if the project can move on to its manufacturing phase.

The Boeing Company hopes that continued progress with CST-100 will lead to their first two test flights planned for 2016. If all goes according to plan, the spacecraft will join SpaceX’s Dragon spacecraft as well as Sierra Nevada Corporation’s Dream Chaser space plane in ferrying crews to the International Space Station.