Boeing’s space efforts to be managed by newly created organization 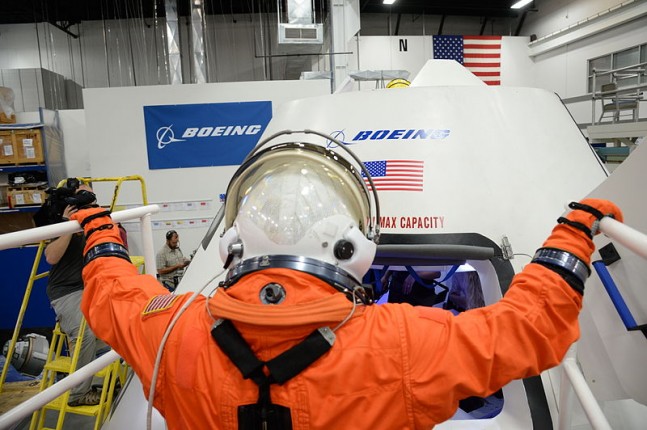 Boeing's CST-100 spacecraft has made progress in terms of mating the capsule-based spacecraft to the ULA booster as well as having key flight systems validated. Photo Credit: Robert Markowitz / NASA

Boeing has announced the creation of BDS Development, an organization within its Defense, Space & Security (BDS) unit, which will centralize its defense and space efforts. The company stated that this move will enhance its performance on the pre-production development activities that significantly influence its ability to provide customers with the right capabilities at the right time and cost. So what does it mean for CST-100 spacecraft and Space Launch System (SLS ) vehicle currently being developed by Boeing?

“Both the CST-100 effort and SLS programs will now be managed by the BDS Development organization,” Todd Blecher, External Communications Director at BDS, told astrowatch.net. “The goal in establishing the organization is to improve Boeing’s performance on space and defense development activities by bringing key programs, people, processes, and resources together into an organization whose sole focus is meeting cost and schedule commitments during the development phase of the programs.”

BDS Development will be led by Jim O’Neill, who was president of the BDS Global Services & Support (GS&S) unit. ULA plans to hold a ground-breaking ceremony for the construction of the new crew access tower for the CST-100 at SLC-41 on Feb. 20. Image Credit: United Launch Alliance

“This BDS Development organization is the next step in breaking the cost curve on our programs,” said BDS President and CEO Chris Chadwick. “We expect our customers to see step-function improvements in affordability and schedule performance as we more effectively apply engineering expertise, development program best practices, and program management and integration from across Boeing to our most important development activities.”

Boeing was selected in Sept. 2014, to manufacture the CST-100 as part of NASA’s Commercial Crew Program. The spacecraft is designed to transport up to seven passengers or a mix of crew and cargo to low-Earth orbit destinations such as the International Space Station (ISS).

Boeing is also the prime contractor for the design, development, test and production of the SLS vehicle cryogenic stages, as well as development of the avionics suite. NASA’s SLS will be the most powerful rocket in history, designed for deep-space exploration endeavors.

On the list of programs overseen by BDS Development is also Boeing’s 502 small satellite. It is a 250 – 1000 kilogram satellite designed for single, dual and multiple manifest launches and can operate in geosynchronous, medium-Earth orbit, or low-Earth orbit.