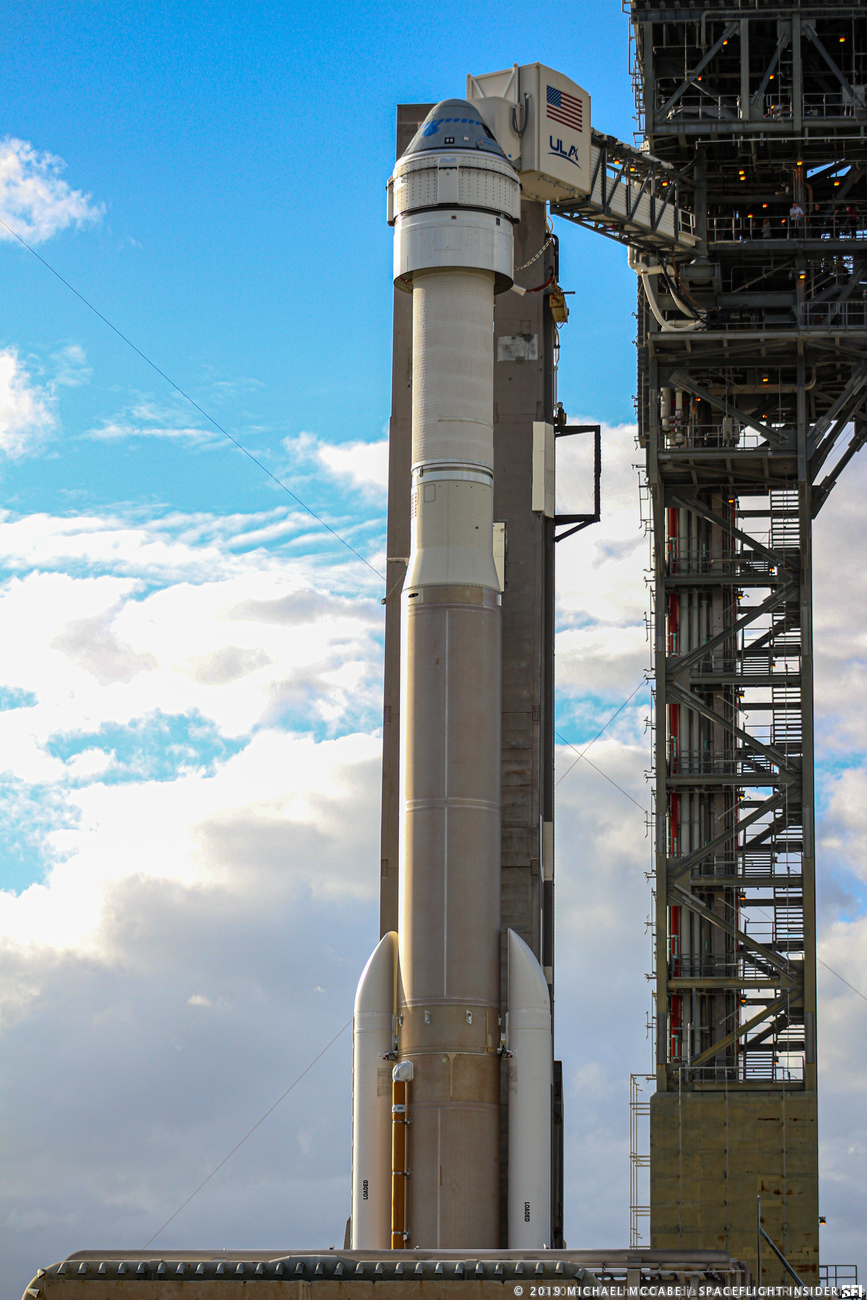 A Boeing Starliner spacecraft sits atop an Atlas V rocket poised for launch from SLC-41.

Boeing announced that Starliner would fly a second unmanned test mission in the Fall of 2020 from Florida due to an unsuccessful test flight in December of last year.

Boeing announced in a statement on April 6 that it will repeat the test flight of its CST-100 Starliner spacecraft.  The need for a second test flight without astronauts on board will likely cause significant delays to Boeing’s and NASA’s plans to fly humans on the spacecraft.

The Starliner spacecraft successfully launched for the first time on December 20, 2019 from Cape Canaveral Air Force Station in Florida on a United Launch Alliance Atlas V rocket. The Atlas V booster and its Centaur upper stage performed flawlessly and placed the spacecraft on a sub-orbital trajectory. The issues arose after Starliner separated from the upper stage.

Due to a programing error, the spacecraft’s mission elapsed timer had the wrong data, which resulted in the spacecraft not firing its onboard engines at the incorrect time, a step necessary in order to achieve insertion into the proper orbit. As a result of entering the incorrect orbit, the spacecraft was unable to complete the primary mission objective of rendezvousing with the International Space Station.

After spending little over two days in space, Starliner began its journey to a soft landing in the New Mexico desert. During reentry and descent, another software issue was discovered. This software issue, had it not been discovered, could have resulted in Starliner coming into contact with its service module after the two separated from one another. If the two spacecraft had contacted each other, it would have result in the catastrophic loss of the spacecraft.

Boeing said in a statement that “Flying another uncrewed flight will allow us to complete all flight test objectives and evaluate the performance of the second Starliner vehicle at no cost to the taxpayer.” The flight is scheduled to take place in the October or November time frame. This means that it is highly unlikely for the Crewed Test Flight to occur in 2020, according to an unnamed source familiar with the plans but unauthorized to speak on behalf of the company according to the Washington Post.

As a result of the need for this mission to occur, it is all but certain that SpaceX will win the race to launch American astronauts, on American rockets, from American soil. SpaceX’s DM-2 mission which,  will launch Doug Hurley and Bob Behnken to the International Space Station, is scheduled to occur in May.