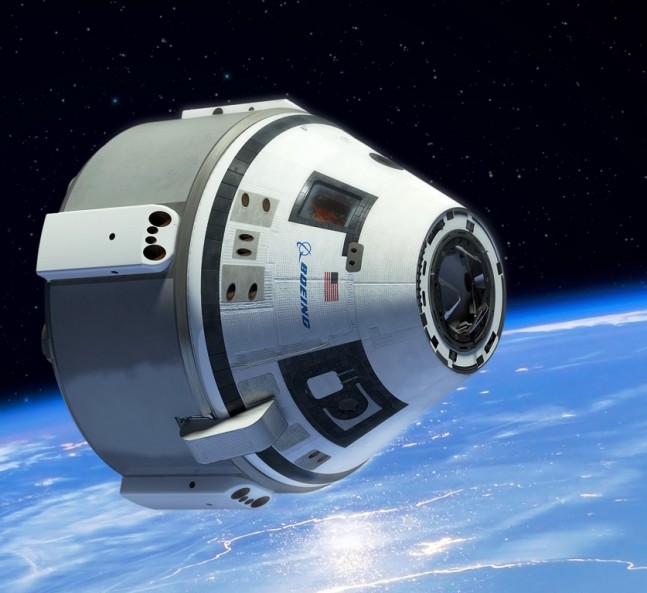 NASA has announced that The Boeing Company has successfully completed the first milestone needed for the aerospace company’s work to fulfill their agreement on NASA’s Commercial Crew Transportation Capability (CCtCap) contract. This is the first major step in the final phase of NASA’s Commercial Crew Development program that will eventually lead to Boeing’s Crew Space Transportation (CST)-100 spacecraft sending crew members  and other supplies to the International Space Station (ISS).

“The work done now is crucial to each of the future steps in the path to certification, including a flight test to the International Space Station,” said Kathy Lueders, manager of NASA’s Commercial Crew Program, in a statement. “This first milestone establishes an expected operating rhythm for NASA and Boeing to meet our certification goal.” The milestone reached for CST-100, called The Certification Baseline Review, involved Boeing’s demonstration of a comprehensive design for their planned crewed missions. This submission involved the spacecraft’s baseline design, concept of operations and management and insight plans. NASA has approved the overall path Boeing has planned with its current development of CST-100, including the total phases needed to prepare for manned mission.

This baseline review completion signifies NASA’s signing off on the beginning of construction for test hardware, crew and service modules, and CST-100’s launch vehicle adapter, which is being built by United Launch Alliance (ULA) for eventually launch aboard an Atlas V rocket.

With the approval of this baseline review, Boeing has a clear path to follow for reaching their goal for their first manned mission to low-Earth orbit (LEO) by 2017. But Boeing representatives are not releasing the specific number of milestones for CST-100 at this time.

Boeing is currently building three CST-100 spacecraft’s at NASA’s Kennedy Space Center. The first will be used for a pad-abort test scheduled for 2016, second for an unmanned test flight in early 2017 and a third spacecraft for their first crewed mission planned for 2017.

Boeing officials have also shared that CST-100 has completed its review board for the spacecraft’s second milestone for NASA’s CCtCap. This is the Ground System Critical Design Review (CDR), and involves support systems planned for ground operations, a mission control center, simulators and others ground-based operations. The CST-100’s RCS system will direct the path throughout the course of its mission. Image Credit: Boeing

NASA should sign off on this second CCtCap certification for CST-100 within the next few weeks, Boeing says.

“It’s important for us to set a robust plan for achieving certification upfront,” said Boeing Commercial Crew Program Manager John Mulholland. “It’s crucial for us to achieve our 2017 goal, and the plan we’ve put in place will get us there.”

CST-100 will undergo another certification review board with NASA next week involving a phase two safety review. This will look at integrative systems that have been developed by different groups within Boeing and to triple check their overall compatibility.

Boeing’s CST-100 spacecraft was selected along with SpaceX’s Dragon spacecraft on Sept. 16 to fully develop a spacecraft to deliver crew on missions to the ISS starting in 2017. Along the way, Boeing and SpaceX have been competing through several developmental phases along with other private companies including Sierra Nevada Corporation and Blue Origin.

Nice informative article. I thought it was very enlightening that Boeing had not said how many milestones they have. That information may be because of the protest that has been filed by SN.

Really proud to see the technology and development of the world,our third world politicians keep people fighting with each other