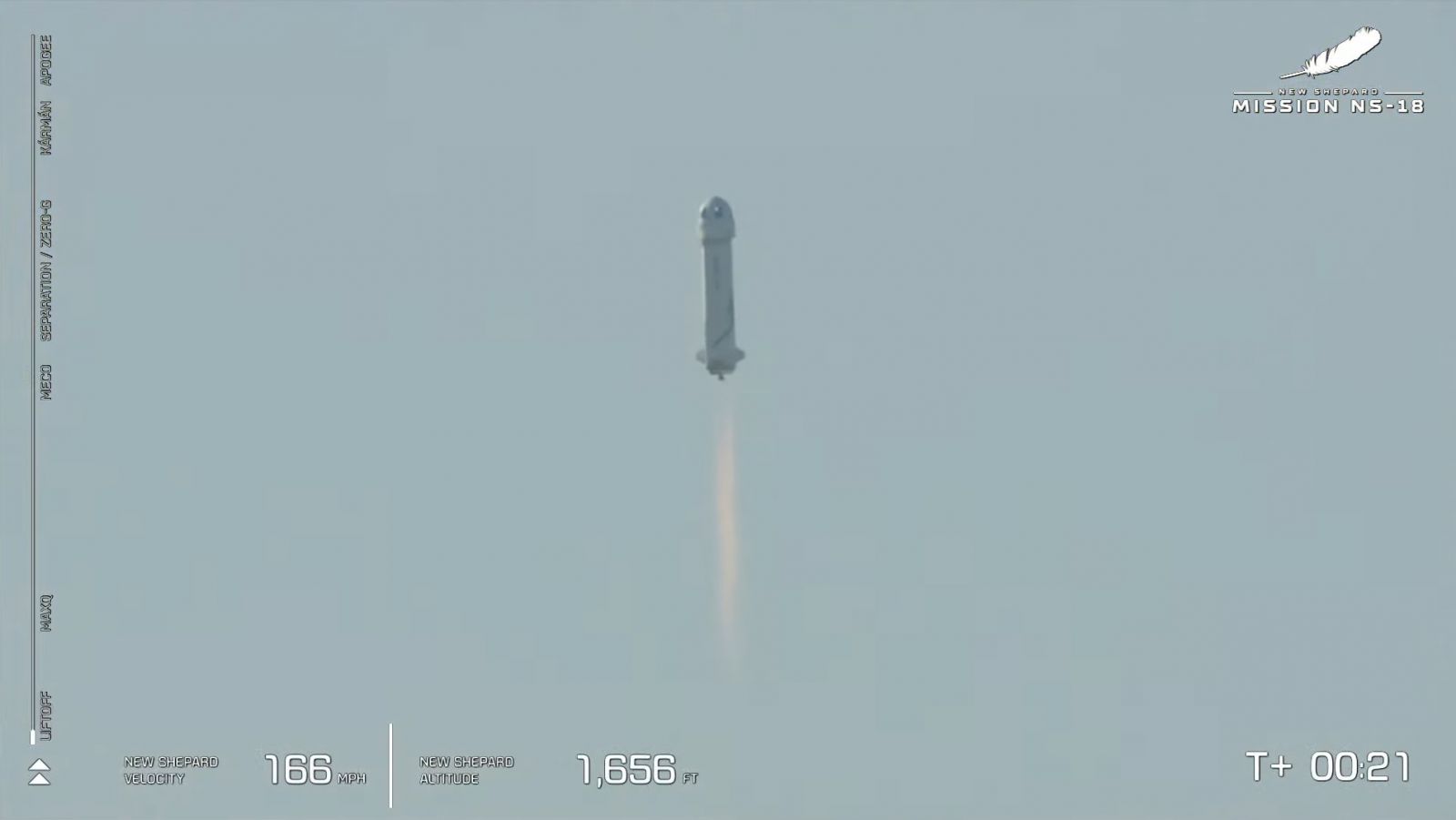 Boldly going where fewer than 600 people have gone before, William Shatner of Star Trek fame, as well as three others, flew into space on Blue Origin’s second suborbital human spaceflight.

Shatner is best known for his role as “Captain James T. Kirk” in the Star Trek franchise, which is this year celebrating the 55th anniversary of its first episode. Shatner starred in the original series between 1966 and 1969 as well as in seven Star Trek movies between 1979 and 1994. 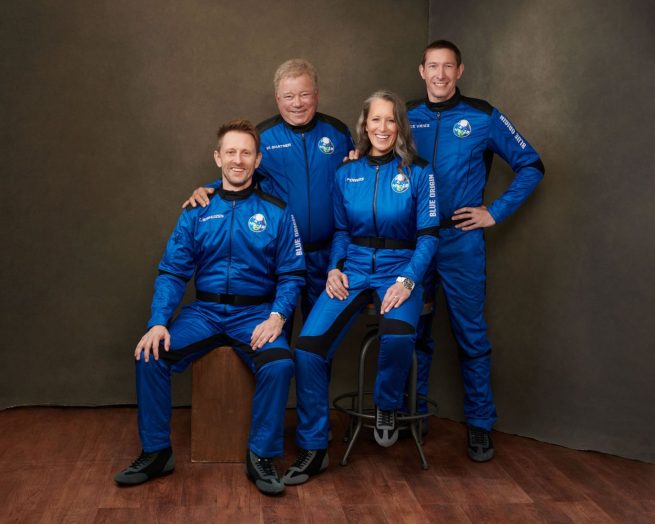 Aboard with 90-year-old Shatner for the roughly 10-minute flight were Chris Boshuizen, a former NASA engineer and co-founder of Planet Labs; Glen de Vries, co-founder of Medidata; and Audrey Powers, Blue Origin’s vice president of mission and flight operations.

Soaring into the clear West Texas skies on a pillar of flame produced by a liquid hydrogen and liquid oxygen consuming BE-3 engine, New Shepard reached a peak speed of about 2,300 miles per hour (3,700 kilometers per hour). The burn lasted about three minutes before cutting off.

A few seconds later, the capsule separated from the rocket as the now-separate vehicles continued on a parabolic trajectory to pass the internationally-recognized 62-mile (100-kilometer) “boundary” of space. According to Blue Origin, the capsule’s peak altitude was 66 miles (107 kilometers).

What goes up must come down, however.

After a few minutes of weightlessness, the capsule began its return to Earth. Once the capsule fell to a sufficient altitude, a series of parachutes deployed to slow the vehicle with its crew down to about 15 miles per hour (25 kilometers per hour).

Once a few feet above the ground, moments before touchdown, the capsule fired several engines briefly to cushion the crew’s landing.

Meanwhile, the rocket that propelled the four inside their capsule spaceward also returned for a landing. A few minutes before the capsule landed, the rocket propulsively touched down on a landing pad. It is expected to be inspected and prepared for the company’s next spaceflight. 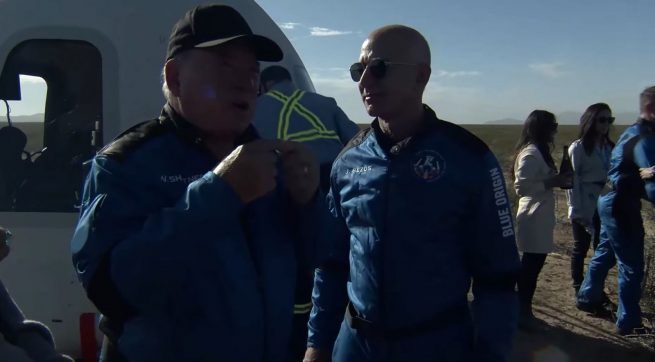 “It was so moving to me,” Shatner said while in tears once he was back on the ground and talking with Blue Origin founder Jeff Bezos. “This experience, it’s something unbelievable.”

Shatner appeared to be so moved by the experience he struggled to find words to describe how he felt.

“What you have given me is the most profound experience I can imagine,” Shatner said. “I’m so filled with emotion about what just happened. It’s extraordinary. I hope I never recover from it. I hope I can maintain what I feel now. I don’t want to lose it.”

This was the second human spaceflight for Blue Origin’s New Shepard rocket. The first occurred earlier this year on July 20. It involved sending Jeff Bezos and his brother Mark, aviation pioneer Wally Funk and Dutch student Oliver Daemen on the same suborbital trajectory taken by Shatner and crew today.

Regardless, with companies like Blue Origin, Virgin Galactic and SpaceX, the number of non-professional astronauts to reach space is expected to increase in the coming years.

In 2021 alone, there have been 21 private astronauts (whether they be company pilots or representatives, tourists or other non-professional astronauts) that have reached space with the potential for a half-dozen more before year’s end.