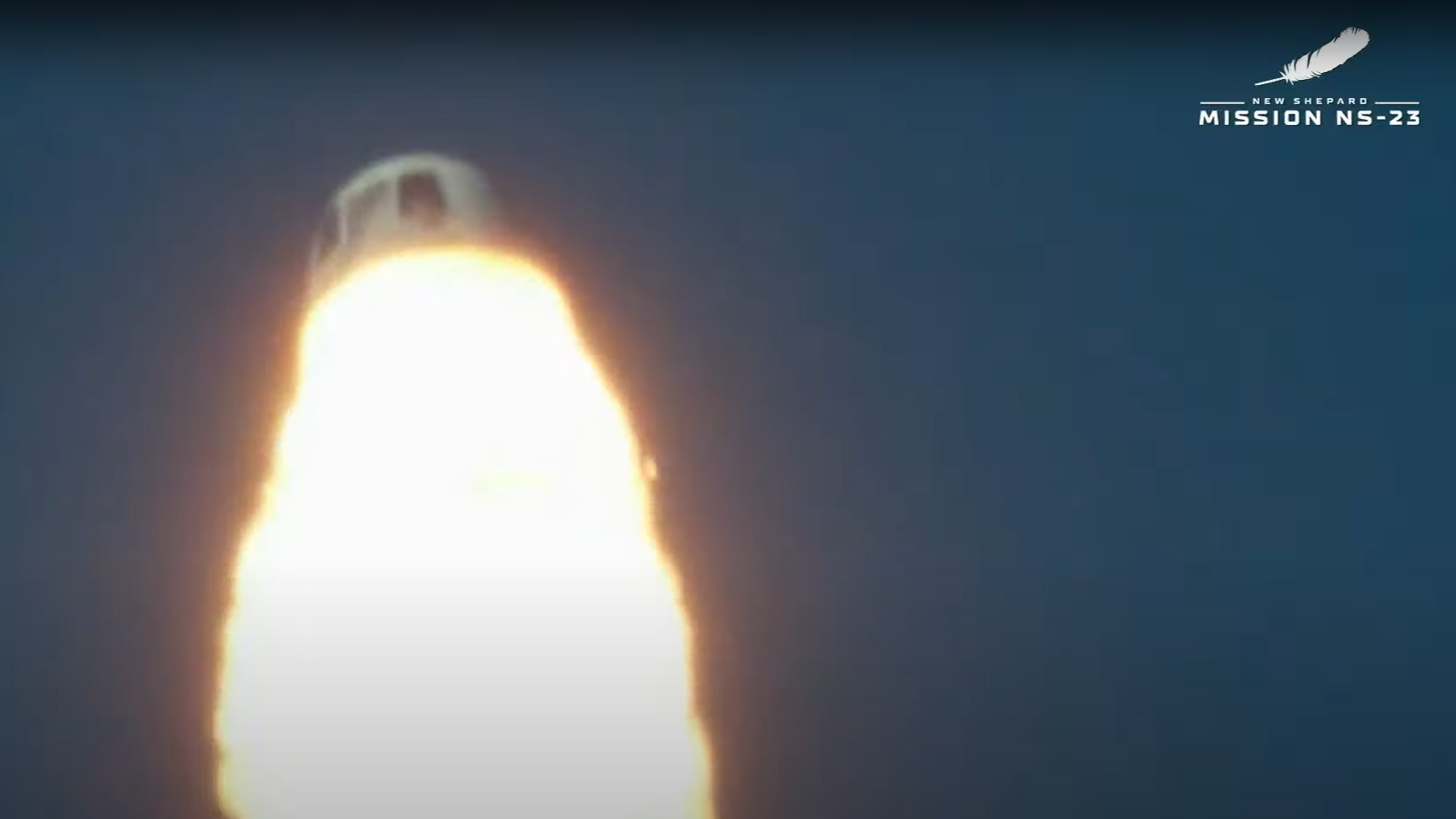 Blue Origin’s New Shepard capsule shortly after its abort sequence was triggered during the NS-23 mission on Sept. 12, 2022. This was an uncrewed mission. Credit: Blue Origin

In a reminder that rocket launches are not routine events, Blue Origin’s suborbital New Shepard rocket system suffered an anomaly during its 23rd flight.

While this was an uncrewed mission — only aboard were science payloads for customers, including NASA — it still included a launch abort system, which was triggered just over a minute into an ascent that began at 10:27 a.m. EDT (14:27 UTC) Sept. 12, 2022, from the company’s West Texas launch site.

“We’re responding to an issue this morning at our Launch Site One location in West Texas,” Blue Origin tweeted shortly after the abort. “This was a payload mission with no astronauts on board. The capsule escape system functioned as designed. More information to come as it is available.”

The NS-23 mission, which used the company’s third New Shepard booster on a ninth flight, was supposed to send 36 commercial payloads on a suborbital trajectory just over 62 miles (100 kilometers) into the sky to cross internationally recognized threshold of space.

However, roughly 1 minute, 5 seconds into the mission, the booster’s single liquid hydrogen and oxygen consuming BE-3 engine appeared to experience an anomaly, causing the capsule to activate its launch abort system.

This issue occurred while the vehicle would have been experiencing the most dynamic effects from the atmosphere during its ascent.

After the abort, the capsule — named RSS H.G. Wells — was propelled safely away from the failing booster. It reached a peak altitude of just over 36,000 feet (11,000 kilometers) before safely parachuting back to the ground just under seven minutes later

Booster No. 3 was the vehicle designed for uncrewed payloads, and wasn’t ever used to send people into space. It was the first ninth flight for a New Shepard rocket. Its previous flight was just over a year ago in August 2021.

Blue Origin’s booster No. 4, which is used for people, has flown eight times, the most recent being Aug. 4, 2022, to carry six people into space.

It’s still unknown what caused the anomaly. In a statement from the Federal Aviation Administration, which oversees commercial spaceflight, the regulatory agency said it will lead an investigation into the mishap.

“The anomaly that occurred triggered the capsule escape system,” the FAA statement reads. “The capsule landed safely and the booster impacted within the designated hazard area. No injuries or public property damage have been reported.”

As expected, the FAA said New Shepard will not fly again until it determines the cause of the accident and “whether any system, process, or procedure related to the mishap affected public safety.”