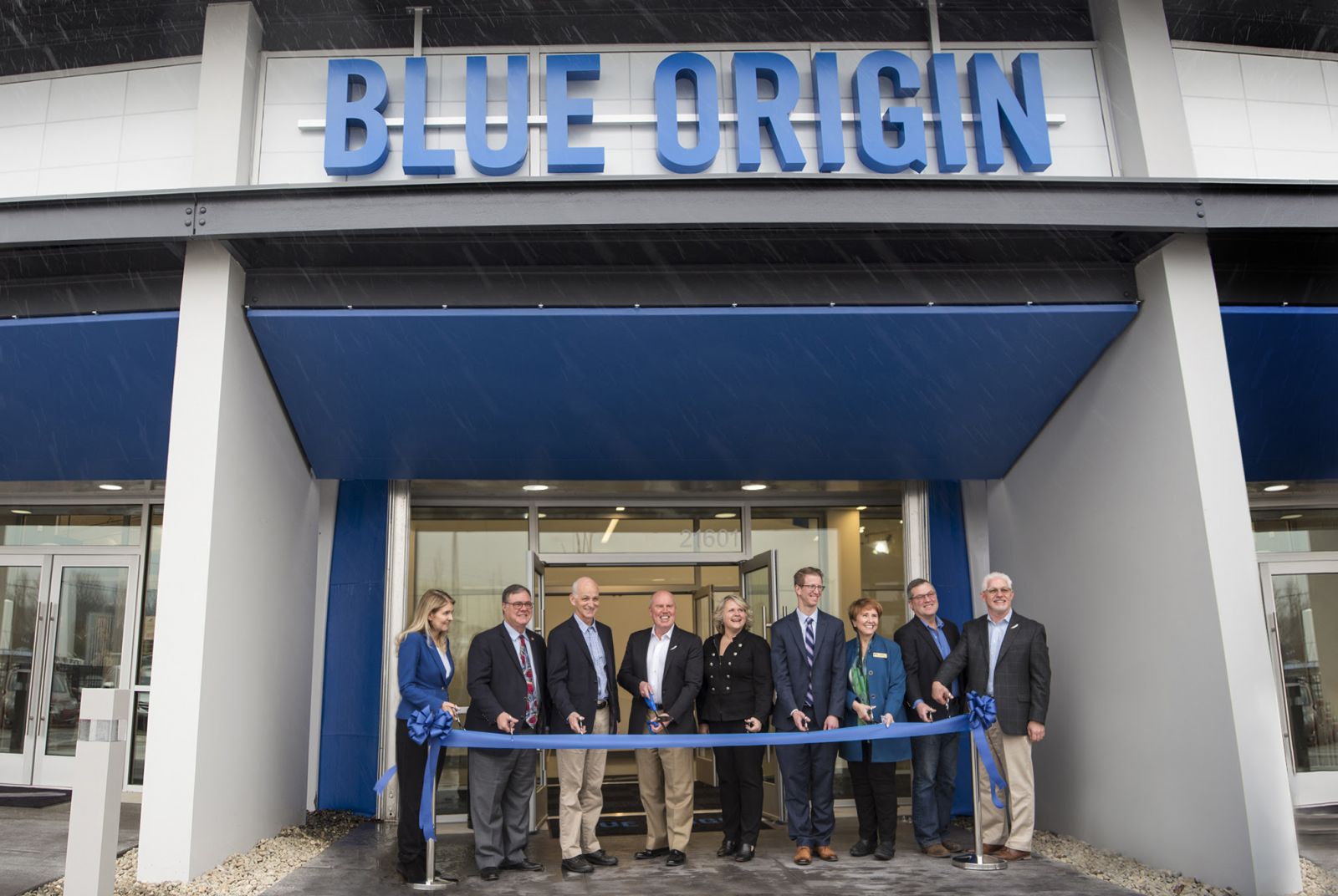 The opening occurred almost exactly one year from a groundbreaking ceremony held at the site in January 2019.

Smith noted the new O’Neill Building is named after physicist Gerard O’Neill, who dreamed of millions of people living and working in space to benefit the Earth.

“Gerard O’Neill was one of the visionaries who thought about how we go out into space in a quick and sustainable way, so that we can preserve our planet,” he noted.

“2019 was a great year of progress and preparation for us, and 2020 is going to be even more remarkable–so we’re growing quickly. We grew by a third last year, and we’re going to continue to grow at a rapid pace.”

Blue Origin‘s new headquarters sits on a 30-acre site, of which 13 acres will be dedicated to environmental goals, including a wildlife habitat and protection methods to keep out invasive species. The building itself was constructed to be sustainable, with strong insulation to reduce its total energy consumption.

Smith emphasized Blue Origin‘s goals as flying people into space, designing and constructing an orbital rocket, and returning to the Moon. Work toward those goals will be done at the new Kent headquarters.

Need to replace the SRB’s on the SLS with New Glenn 1st stages. This would allow the SLS to lift 150 ton payloads. Why not make the RS-25 module reusable by separating from the core stage and doing a VTVL? Also, a 50 or 60 ft diameter upper stage “fat workshop” as a double hulled cosmic ray water shielded crew compartment- and finally, how about abandoning LEO and using that 4 billion a year to open up a couple more SLS core production lines? That is how we should go back to the Moon. https://iceonthemoon.wordpress.com/