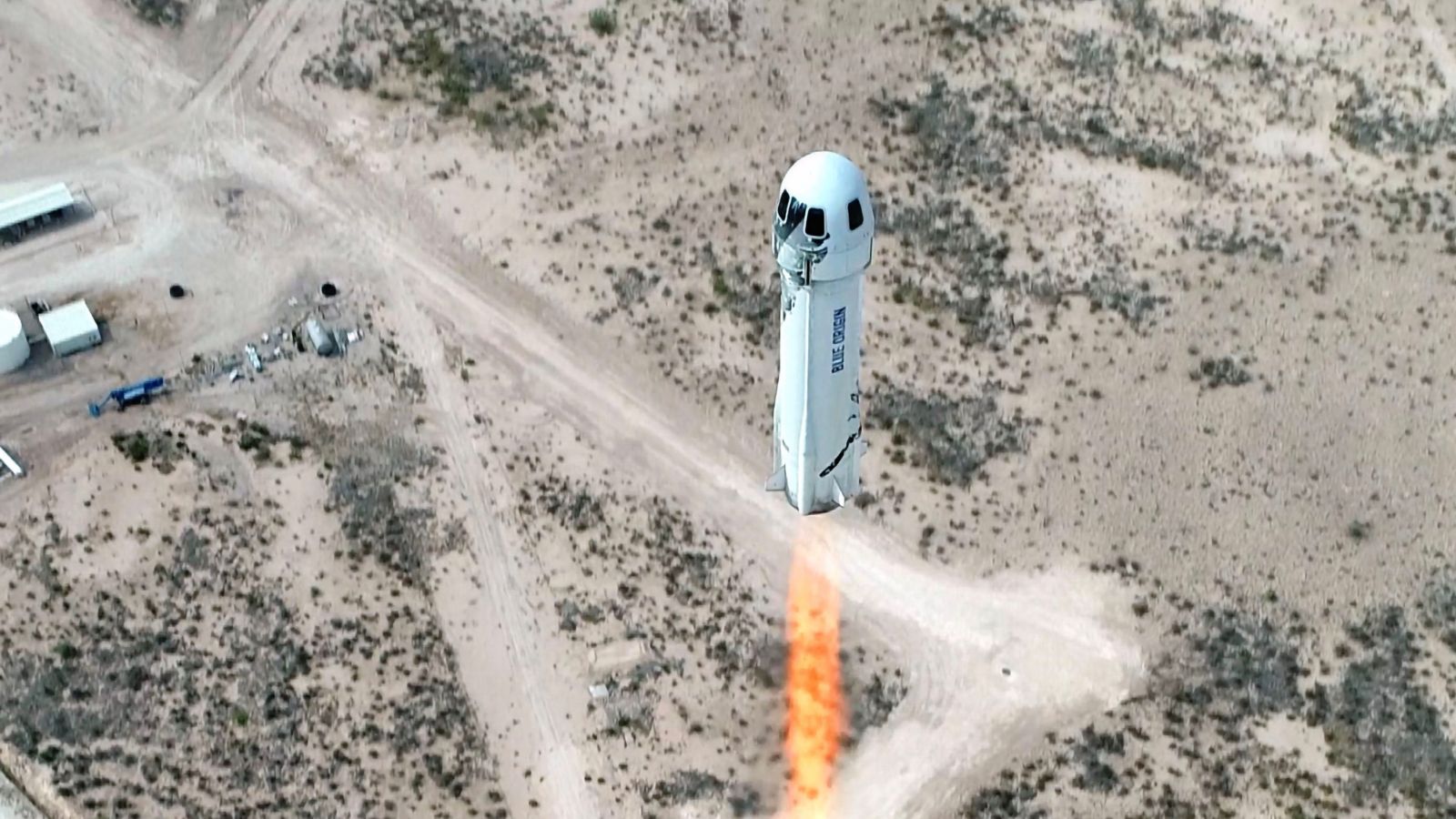 Blue Origin launched its first crewed New Shepard mission on a suborbital trajectory into space with billionaire founder Jeff Bezos and three others. 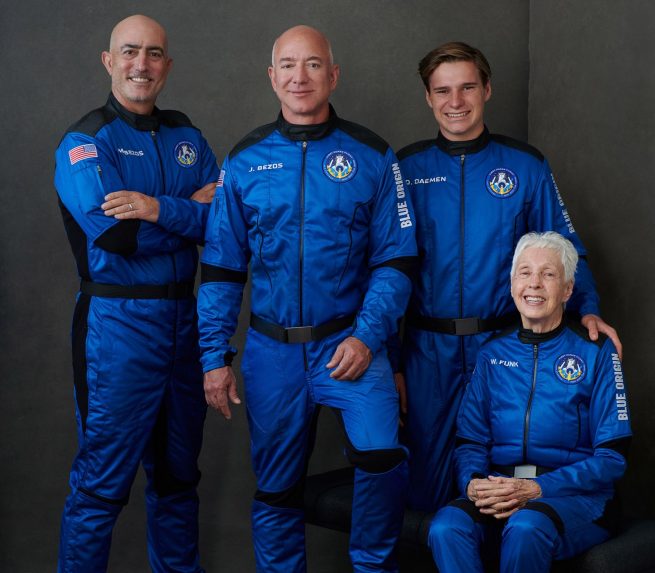 Liftoff took place at 9:12 a.m. EDT (13:12 UTC) July 20, 2021, from Blue Origin’s launch site in West Texas, near the town of Van Horn. During the roughly 10-minute flight, the four-person crew flew to an altitude of 66.5 miles (107 kilometers), experienced 3-4 minutes of weightlessness and returned to Earth in the capsule before being retrieved by the company’s recovery team.

“Congratulations to all of Team Blue past and present on reaching this historic moment in spaceflight history,” reads a tweet by the company shortly after the capsule landed. “This first astronaut crew wrote themselves into the history books of space, opening the door through which many after will pass.”

The passengers stayed at Blue Origin’s “astronaut village” before launch where they received 14 hours of preflight training to prepare for this historic event.

The anonymous winner of a trip to space with Jeff Bezos was unable to fly aboard the New Shepard spacecraft due to “scheduling conflicts,” according to Blue Origin in an announcement last week. That person, paying $28 million in a charity auction, was replaced by Daemen, an 18-year-old high school graduate. Daemon obtained his private pilot’s license in 2020 and plans to further study physics and innovation management at the Netherlands-based University of Utrecht in September of 2021.

With the addition of 18-year-old Daeman to the manifest along with 82-year-old Wally Funk, this flight included the youngest and oldest astronauts to travel to space.

The successful milestone mission today for Blue Origin represents a culmination of 15 previously flown uncrewed test flights and an “astronaut rehearsal” flight in April of 2021 of its New Shepard rocket paving the way ultimately for paying passengers on trips to suborbital space with plans to include scientists and scientific research for experiments off Earth.