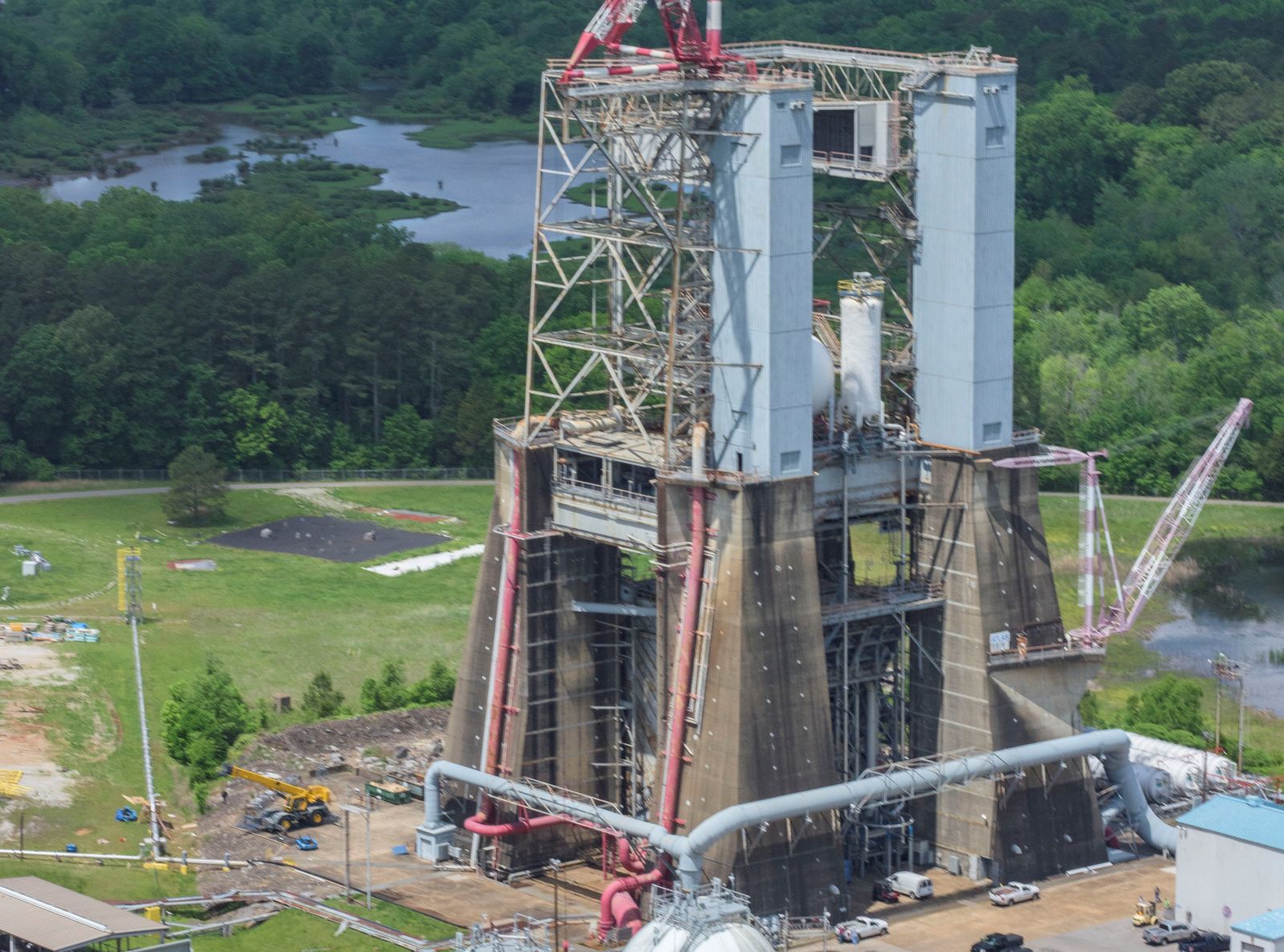 Blue Origin and NASA announced an agreement that would allow the company to test two of its new rocket engines in Alabama.

On April 17, 2019, the U.S. space agency announced that Blue Origin is planning to upgrade and refurbish Test Stand 4670 at the Marshall Spaceflight Center in Huntsville, Alabama. Blue Origin is expected to use the stand to evaluate its BE-4 and BE-3U engines.

“This test stand once helped power NASA’s first launches to the Moon, which eventually led to the emergence of an entirely new economic sector—commercial space,” said NASA Deputy Administrator Jim Morhard in a news release. “Now, it will have a role in our ongoing commitment to facilitate growth in this sector.”

Blue Origin is currently building a rocket engine factory in Huntsville. The use of the test stand would allow Blue to test its engines without having to truck them to its existing test facility in West Texas, near the town of Van Horn.

The company’s BE-4 engine is apart of a new class of rocket engines. Much like SpaceX’s Raptor engine, the BE-4 runs on liquid methane and liquid oxygen. The engine is being designed to power the first stage of two next-generation rockets: United Launch Alliance’s Vulcan and Blue Origin’s own New Glenn rockets.

The BE-3U is expected to be utilized in the second stage of New Glenn. It is a derivative of the BE-3, which powers Blue Origin’s New Shepard rocket. It consumes liquid hydrogen and liquid oxygen. The New Glenn upper stage will utilize two BE-3Us.

This is awesome. I would like to be added to your newsletter.