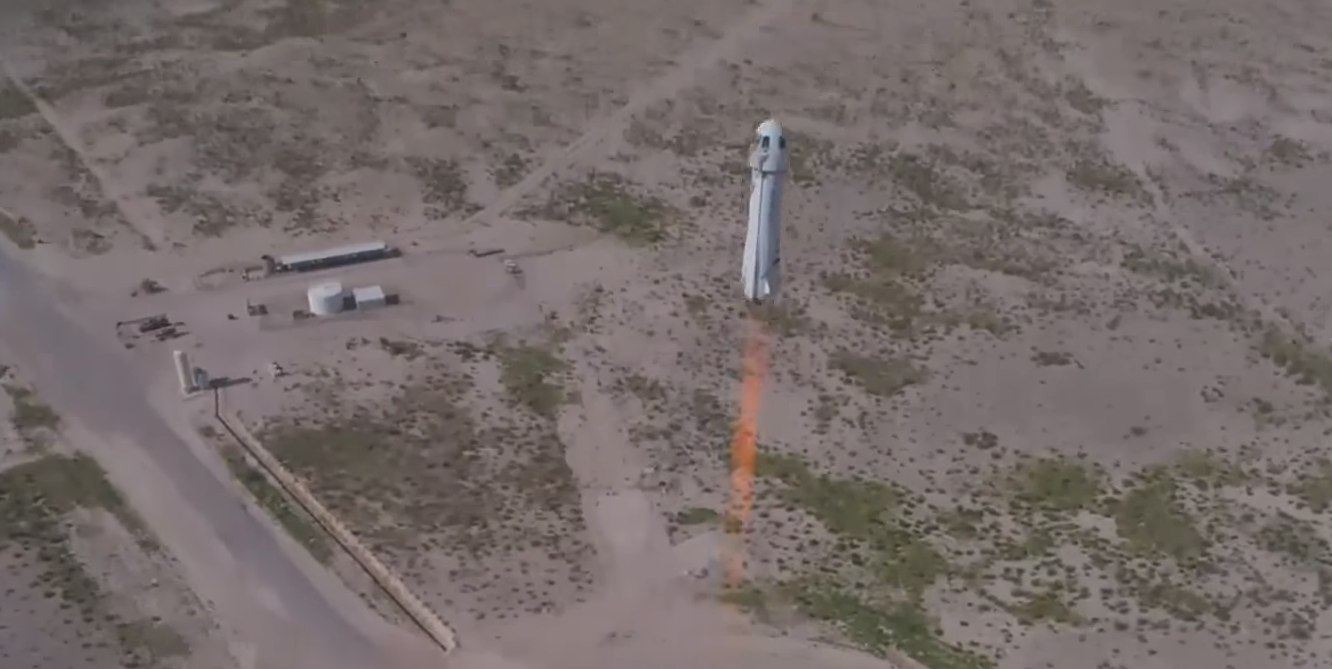 For the second time in 2019, Blue Origin flew its suborbital New Shepard rocket with dozens of experiments, many for NASA’s Flight Opportunities program.

Dubbed NS-11, the uncrewed flight was the 11th for a New Shepard rocket and the fifth for the third booster serial number. This mission flew 38 payloads above 62-mile (100-kilometer) boundary of space, including nine through NASA’s Flight Opportunities program.

“This has been quite the morning,” said Ariane Cornell, Blue Origin’s director of astronaut and orbital sales, during the company’s webcast. “There’s nothing like a quote-unquote workday when you get to launch and land rockets.” 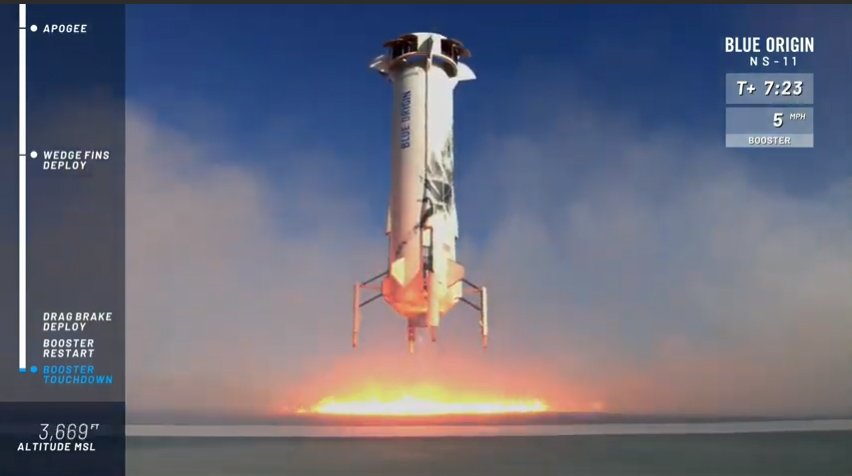 About 15 seconds later, the capsule separated with the booster. Both continued on a ballistic trajectory above the imaginary boundary of space—the Karman Line—to about 346,000 feet (105,000 meters) or 65 miles (65 kilometers). However, Blue Origin said it will update those numbers once a more official estimate is determined.

On its way down, the booster, with the help of a ring fin and drag brakes, performed a powered landing at a concrete pad not far from where it launched. It touched down about seven minutes, 25 seconds after the mission began.

Meanwhile, the capsule, which contained the experiments, continued its descent toward the ground. At about 10,000 feet (3,000 meters), a series of parachutes deployed culminating in three main canopies. This slowed the vehicle down to about 16 mph (25 kph) before making contact with the ground roughly 10 minutes after launch.

To cushion its decent even more, the capsule is equipped with retro-fire air system that ignites moments before touchdown. Once people fly in the capsule, possibly as early as late 2019, this is designed ensure their landing is as safe and soft as possible.

Both the booster and capsule are expected to be used again on a future flight.

Among the experiments aboard the NS-11 mission are a demonstration of technology designed to “treat a collapsed lung in zero gravity,” a high school experiment to test temperature fluctuations in microgravity and an MIT Media Lab initiative that includes two projects that use microgravity “as a medium for works of art,” according to Blue Origin. 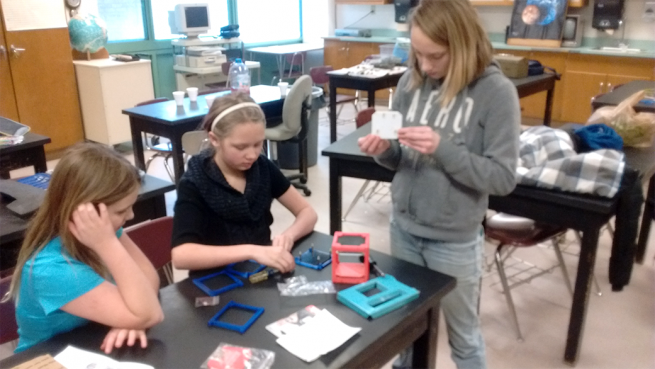 Students at New York’s Central Square Middle School work on a moss experiment using hardware that was tested during the NS-11 flight. It is hoped this standardized framework will allow for classroom-developed experiments to fly aboard the next New Shepard flight. Photo Credit: Teachers in Space

Many of these experiments, designed and developed by students, teachers and small companies, were made possible by NASA’s Flight Opportunities program, which the space agency said “lets researchers test technologies in a relevant environment.” In particular, the agency is looking for innovations that will help it in its quest to return to the Moon and send people to Mars.

Other experiments include a 3D printing demonstration from the University of Kentucky, a suborbital centrifuge from NanoRacks and a propellant gauging experiment from Purdue University.

Blue Origin’s New Shepard isn’t the only vehicle that the Kent, Washington-based company is working to develop. Sometime in 2021, a much-larger rocket called New Glenn is anticipated to make its first flight and expand the NewSpace company’s business model into orbital space.

Moreover, Blue Origin and its BE-4 engine—the engine design that will be used on the first stage of New Glenn—will also be used on United Launch Alliance’s Vulcan rocket when it launches for the first time in the same time frame.

Additionally, the company is expected to make some sort of announcement on May 9, 2019, possibly having to do with something involving the Moon. Blue Origin has had plans to develop a lunar lander tentatively called Blue Moon, however, it is unclear if this mysterious announcement—made using only a date and an image of the ship “Endurance” sailed by Ernest Shackleton during the 1914 Imperial Trans-Antarctic Expedition—will be about a Moon lander, or something else entirely.

Shackleton also has a crater named after him near the lunar south pole—the destination set by Vice President Mike Pence in March 2019 in his challenge for NASA to return to the Moon by 2024.

Whooooo……2 suborbital vertical launches getting to 1km/sec velocity and an altitude so close to the karman line they arent actually sure if they got there or not. Just a “small” jump and a skip…and Bezos might have a space program

We know what we’re doing, you certainly don’t. Unless Silly statements make you feel better about yourself, then you win.