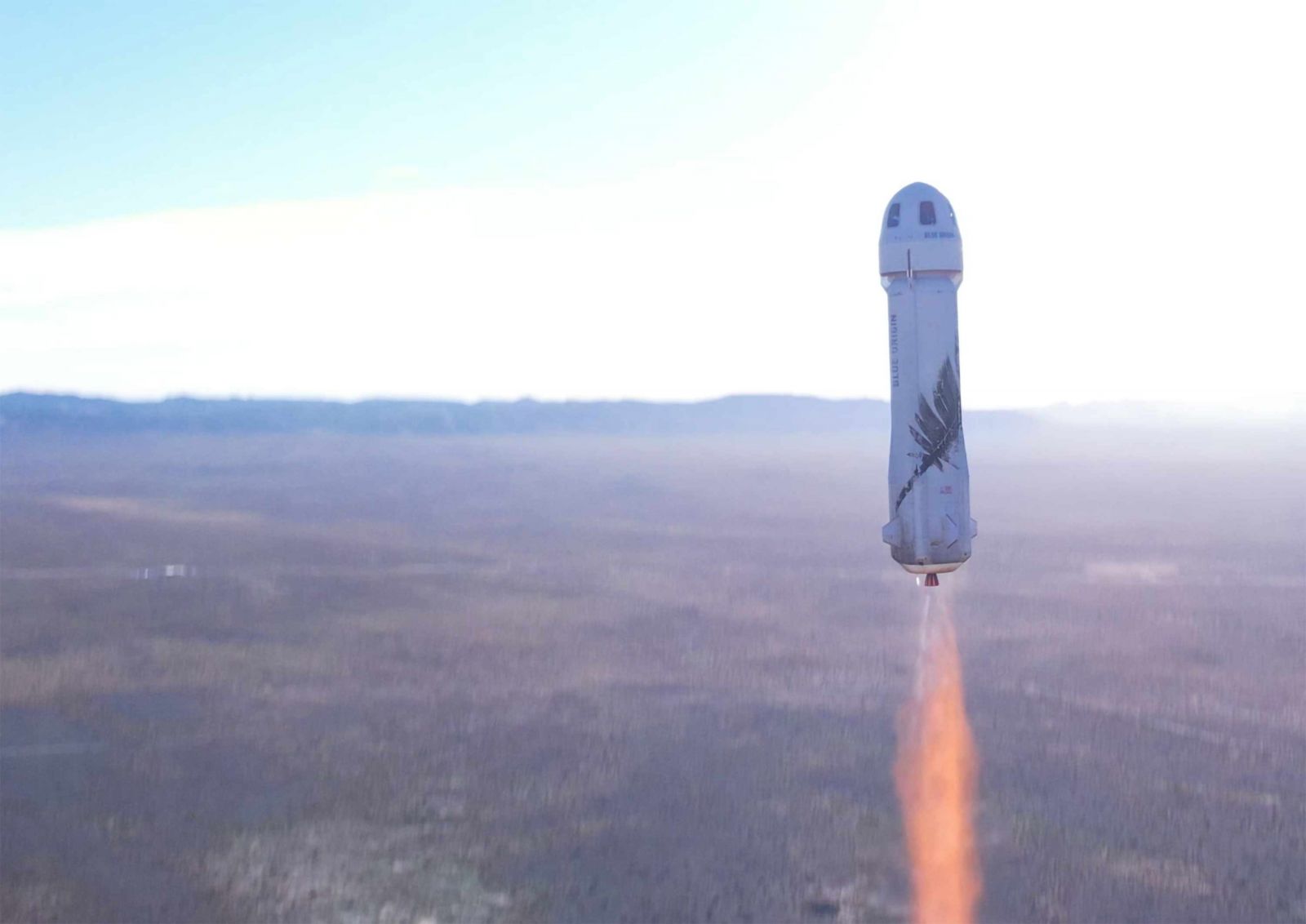 Shooting approximately 62 miles to the edge of Earth’s atmosphere on the 59-foot-tall (18-meter-tall) rocket ship designed and built by Blue Origin, the human-crew had an 11 minute journey to space and back. The completely-reusable rocket returned to Earth safely, the capsule portion by parachute and booster under its own power landing upright. 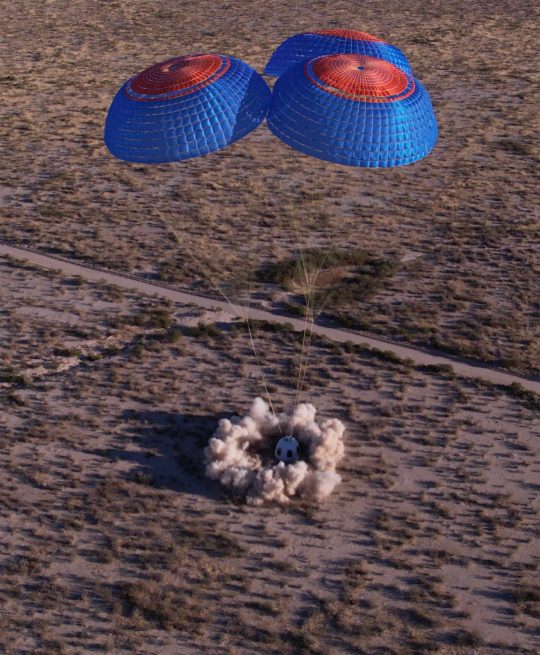 The capsule with its occupants land safely some 11 minutes after launch. Credit: Blue Origin

“We had a great flight today. This was our sixth flight in what has been a great year for the New Shepard program. We flew 14 astronauts to space, flew a NASA payload flight that tested lunar landing sensors and completed our certification test flights,” said Blue Origin CEO Bob Smith in a company statement. “I want to thank our payload customers, our astronauts and, of course, Team Blue for these many important accomplishments. I am so proud to be part of this dedicated and hard-working team that ensures that each and every flight of New Shepard is safe and reliable. And, it’s fun to say that this is just the beginning.”

Blue Origin is currently offering tickets for sale on the New Shepard spacecraft to the public.

Recently, Virgin Galactic announced Nov. 23 that two tickets were awarded to Keisha Schahaff, 44, a health coach from Antigua and Barbuda.

Richard Branson, founder of Virgin Galactic, made a surprise visit to Schahaff at her home in the Caribbean after Schahaff entered a fundraiser organized by the company which raised $1.7 million dollars for the space community.

The money from the sweepstakes will be donated to a Space for Humanity, which aims to allow for a more inclusive access to space for all humans. The minimum donation to enter was $10 for a chance to win two seats as a space tourist.

Keisha Schahaff plans to take her 17 year-old daughter, a student living and studying in Britain with dreams of her own, to work for NASA one day. The company has not released Schahaff’s place in line as it has yet to be determined, but states she will be among the first to travel to zero gravity on Virgin Galactic’s suborbital spaceplane.

The company aims to sell 1,000 tickets before it officially begins its space-tourist flights, currently scheduled for late 2022.