OSHKOSH, Wis. — When one thinks of air shows, images of sleek fighter planes, aerial acrobats spinning plumes of smoke, and old warbirds majestically flying past spectators spring to mind. However, with ever-increasing regularity, spacecraft and astronauts are becoming key participants in these shows. The recent EAA AirVenture Oshkosh 2017 air show was no exception. Blue Origin’s Founder Jeff Bezos posted an aerial picture from Oshkosh 2017 showing attendees lining up to tour New Shepard on Twitter – the line can be seen stretching and arcing around and around. However, hardware wasn’t the only draw for the show.

With Apollo astronauts Buzz Aldrin, Frank Borman, Walt Cunningham, Fred Haise, Jim Lovell, and Al Worden, as well as retired NASA Flight Director Gene Kranz, Oshkosh 2017 had some serious star power from the brave men and women who kicked open the door of the Space Age more than 50 years ago. Some more recent members of this elite cadre were on hand for Oshkosh 2017.

“The Space Launch System and Orion industry team [were] pleased by the excitement at EAA AirVenture for the SLS and Orion programs,” Charlie Precourt, general manager and vice president of Orbital ATK’s Propulsion Systems Division, and four-time space shuttle astronaut told SpaceFlight Insider. “It’s great to see our youth planning to be the first people on Mars, and they know the rocket they’re going to fly is NASA’s Space Launch System.”

Precourt’s involvement with this year’s Oshkosh was beneficial in terms of promoting NASA’s long-term space ambitions. With the space agency planning on sending crews to deep space destinations within the next decade, the four-time shuttle veteran was joined by SLS Strategic Communications Manager Marcia Lindstrom who moderated a discussion that detailed the new rocket’s capabilities. He was also joined on the panel discussion by Boeing’s Tony Castilleja, Kim Couch, and Orbital ATK’s Jeremy Redden. By all accounts, Oshkosh 2017 helped provide the public with more information about the new rocket and spacecraft.

The SLS/Orion exhibit was in NASA’s building at Oshkosh (some 881 commercial exhibitors were at this year’s air show) and saw more foot traffic than in the last five years at the airshow. When one considers the volume of attendees at Oshkosh 2017, it is substantial.

More than 10,000 aircraft arrived for the air show (with some 2,991 showplanes), with an estimated 590,000 guests attending. With each passing year, Oshkosh continues to increase its aeronautical and space flight awareness efforts, something the show’s producers have worked to emphasize.

“What an incredible year it was at Oshkosh. From the U.S. Navy Blue Angels and Apollo reunion[] to new aviation innovations on display and two B-29s flying formation as part of 75 years of bombers on parade, it was a week filled with ‘OnIy at Oshkosh’ moments,” said the EAA’s Chairman Jack Pelton via a release. “You could feel the energy as thousands of airplanes arrived early and stayed longer, pushing aircraft camping to capacity for most of the event. The aviators and enthusiasts who attended were engaged, eager, and passionate, demonstrating how Oshkosh is the best example of why general aviation is so vitally important to the country. I believe it’s the best AirVenture week that I’ve ever seen.” 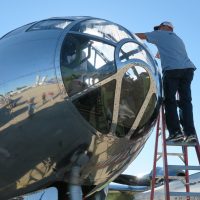 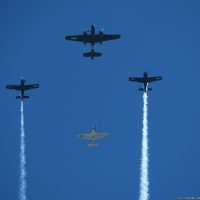 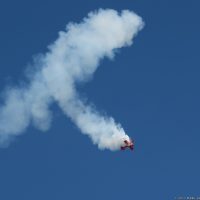 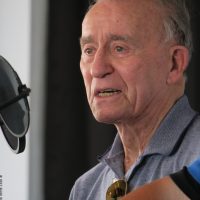 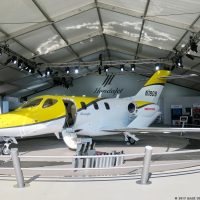 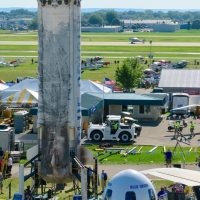 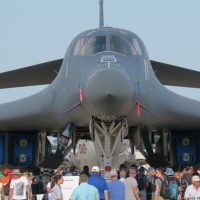 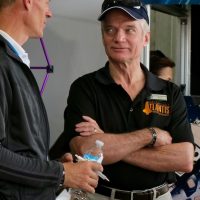 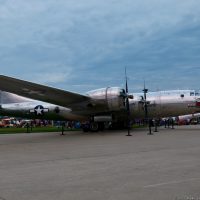 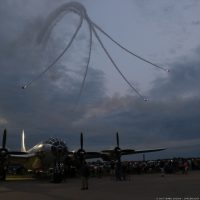 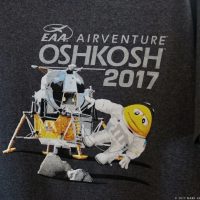 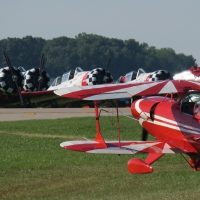 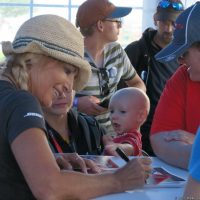 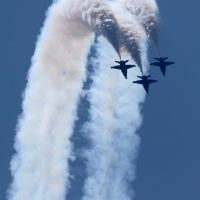 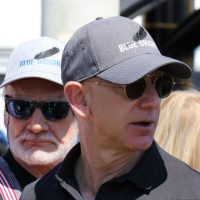 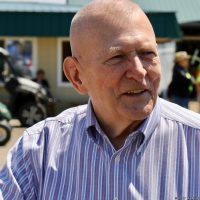 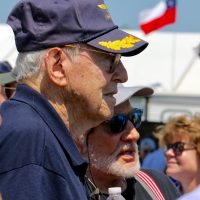 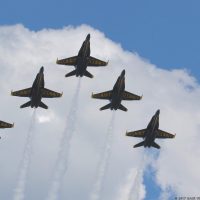 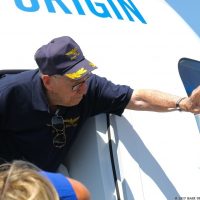 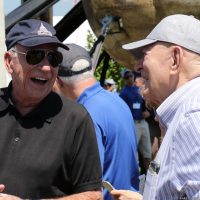 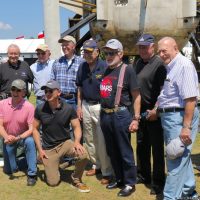 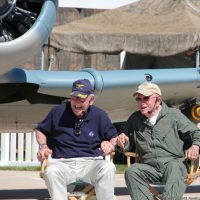 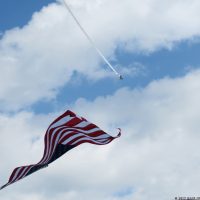 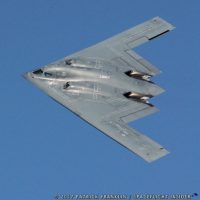