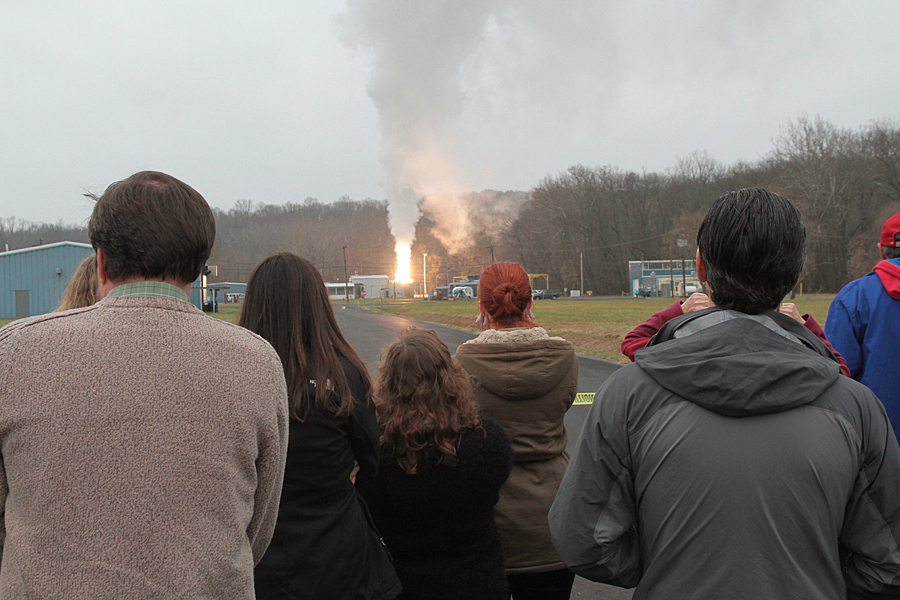 “The STAR 48GXV represents a nice step forward in terms of both performance and cost, which builds on a motor that was original developed back in the mid-70s and was designed to help take payloads to a geosynchronous transfer orbit out of both the shuttle bay and the Delta II launch vehicle,” said Mike Lara, the Vice President of Strategy and Business Development at the Elkton facility. “It is a larger motor with about 50% more propellant and structurally incorporate some advanced materials in terms of the composite case, letting it operate as a much higher pressure that will help performance overall. This will also mark a return of very light weight exit cone materials in the nozzle of the STAR 48GXV motor.”

The “G” denotes the graphite composite case of this motor while the “X” represents that this is an extended version of a prior motor—in this case, the STAR 48BV. The graphite composite case of the new motor differs from its predecessors, which were traditionally made of titanium. Another crucial improvement to the 48GXV motor is its vector nozzle (meaning it is not a fixed nozzle), which enables steering control in flight. The nozzle on this motor has the capability of maneuvering up to 3-4 degrees whose ability was demonstrated up to 1 degree in Thursday’s test.

This motor is slated to play a pivotal role in the Solar probe Plus mission, which is scheduled to launch sometime in 2018. Johns Hopkins APL in Laurel, Maryland has been in charge of design and construction the probe. This is a NASA mission sponsored by the heliophysics directorate of NASA with the goal of helping to better understand our sun, including earth and sun interaction.

“The mission is to go through the sun’s atmosphere to understand basic physics about the corona, the sun’s atmosphere, such as why the corona is so much hotter than the surface of the sun and how solar wind is accelerated. ATK’s STAR 48GXV motor allows us to add the extra energy to the launch vehicle to get the Solar Probe Plus into orbit where it needs to be. This mission brings the probe 10 times closer to the sun than the planet Mercury is,” said Andy Driesman, the Solar Probe Plus Project Manager at Johns Hopkins Applied Physics Laboratory.

For more information on the Solar Probe Plus mission, please visit: http://solarprobe.jhuapl.edu/