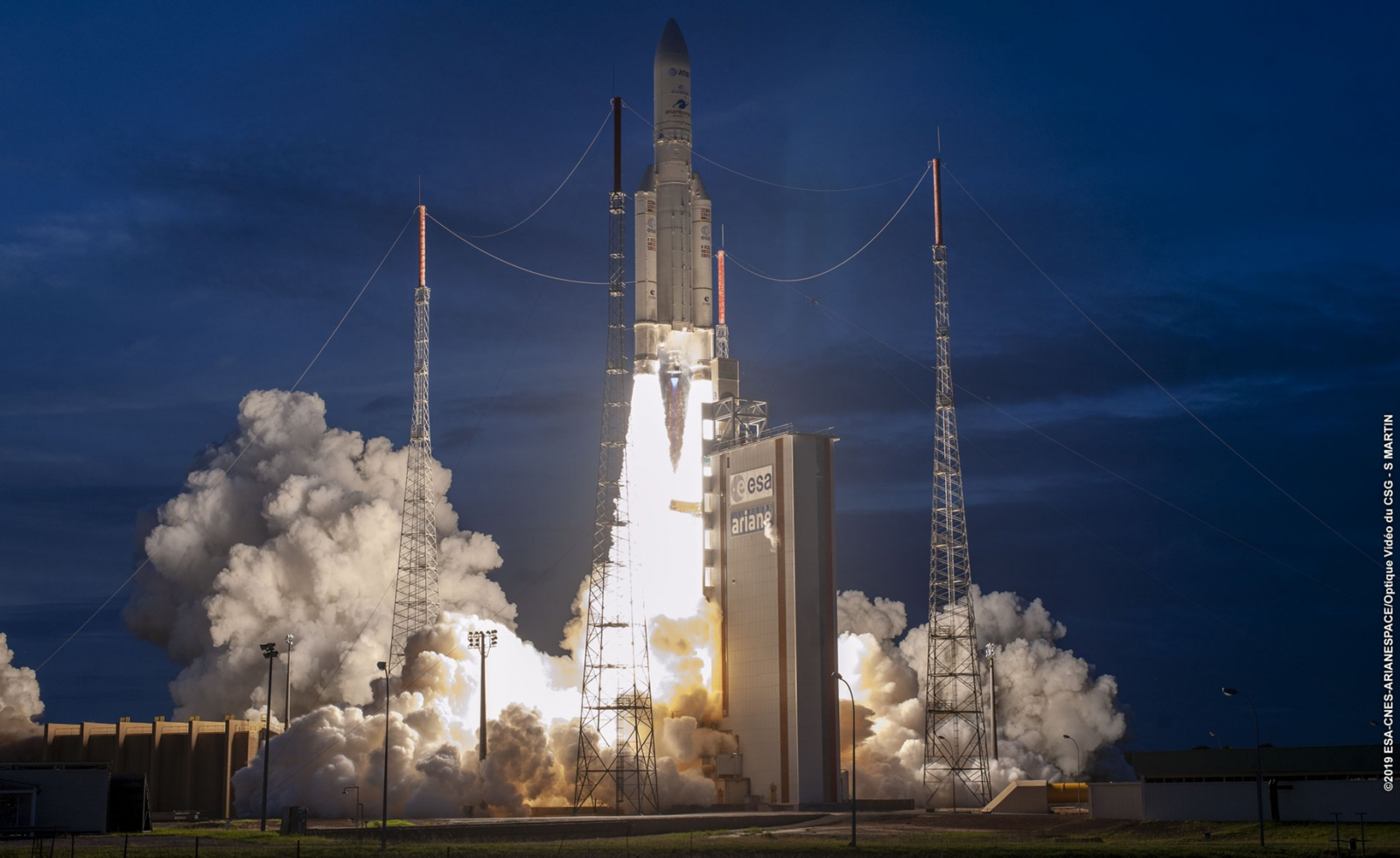 Arianespace’s AV248 mission lifts off atop an Ariane 5 ECA rocket on Thursday, June 19, 2019 with its payload of the AT&T and T-16 EUTELSAT 7C communications satellites. Photo Credit: Arianespace

KOUROU, French Guiana — Arianespace conducted its fifth flight of  2019 when it launched an Ariane 5 ECA rocket and its payload of two communications satellites at 6:43 p.m. local time from Guiana Space Centre’s ELA-3 launch site.  Today’s launch comes at a time when the company is facing increasing pressure from SpaceX.

The VA248 mission (the official designation for today’s flight) marked the second time that an Ariane 5 has taken to the skies above French Guiana’s jungles so far this year. The twin payloads for this mission was the AT&T T-16 and EUTELSAT 7C satellites, which were bound for a geostationary transfer orbit (GTO). With the successful completion of today’s mission, Arianespace has sent 606 satellites aloft. 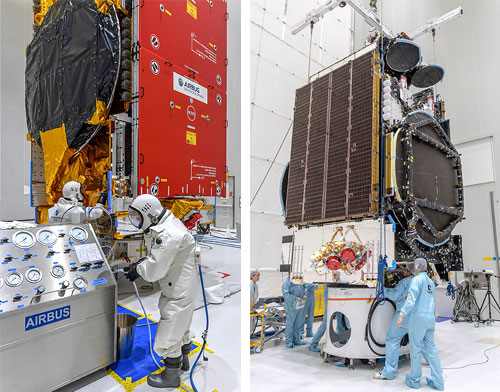 Today’s flight was the 104th for a member of the Ariane 5 family and the seventy-first for the ECA variant of the launch vehicle. Controllers had about an hour and 47 minutes in the launch window but managed to get started within a couple minutes of the opening of the window.

Today’s success comes at a time when Arianespace is struggling to keep up with a relatively new competitor in the Launch Service Provider market – SpaceX.

Since the NewSpace firm’s arrival in the Launch Service Provider arena, Arianespace has seen a downturn in the amount of launches it annually conducts. It appears that cost might be one of the reasons

A typical Ariane 5 launch can cost anywhere between $165-$220 million, the company’s Soyuz rocket comes in at approximately $80 million per flight with Arianespace’s smallest booster, Vega, coming in at about $37 million each.

SpaceX charges an estimated $62 million per flight on one of the company’s Falcon 9 launchers, beating out both Arianespace’s large and medium offerings. The Falcon Heavy (which is currently the most powerful rocket in service) costs $90 million per flight. The third flight of the 230-foot-tall (70 meter) rocket is currently scheduled for Monday, June 24.

Arianespace is trying to remain competitive. A report posted on Reuters last year noted how the French-based aerospace firm was working to reduce the cost of launching payloads on the new Ariane 6 rocket. The head of the company expressed his appreciation for Arianespace’s clients.

“I would like to thank our two loyal customers for entrusting us with the launch of their T-16 and EUTELSAT 7C satellites. This second Ariane 5 launch of the year reaffirms the reliability of our heavy-lift launcher and its leadership in the geostationary market. We are very proud to count 24 GEO satellites in our order book. Some of them will be launched by Ariane 6, the new-generation launch vehicles scheduled to make its first flight in 2020,”  Stéphane Israël, Chief Executive Officer of Arianespace, said via a company-issued announcement.

The cost estimate for Soyuz is wildly inflated. A Vostochny/Plesetsk/Baikonur-launched Soyuz costs (per the launch provider, presuming no special price breaks) $48.5 million with Fregat or $35 million without. Europeanised Soyuz is somewhat more, but these days well below $80 million. Soyuz costs substantially less (per launch, not per kg) than F9–which is why it has continued business.