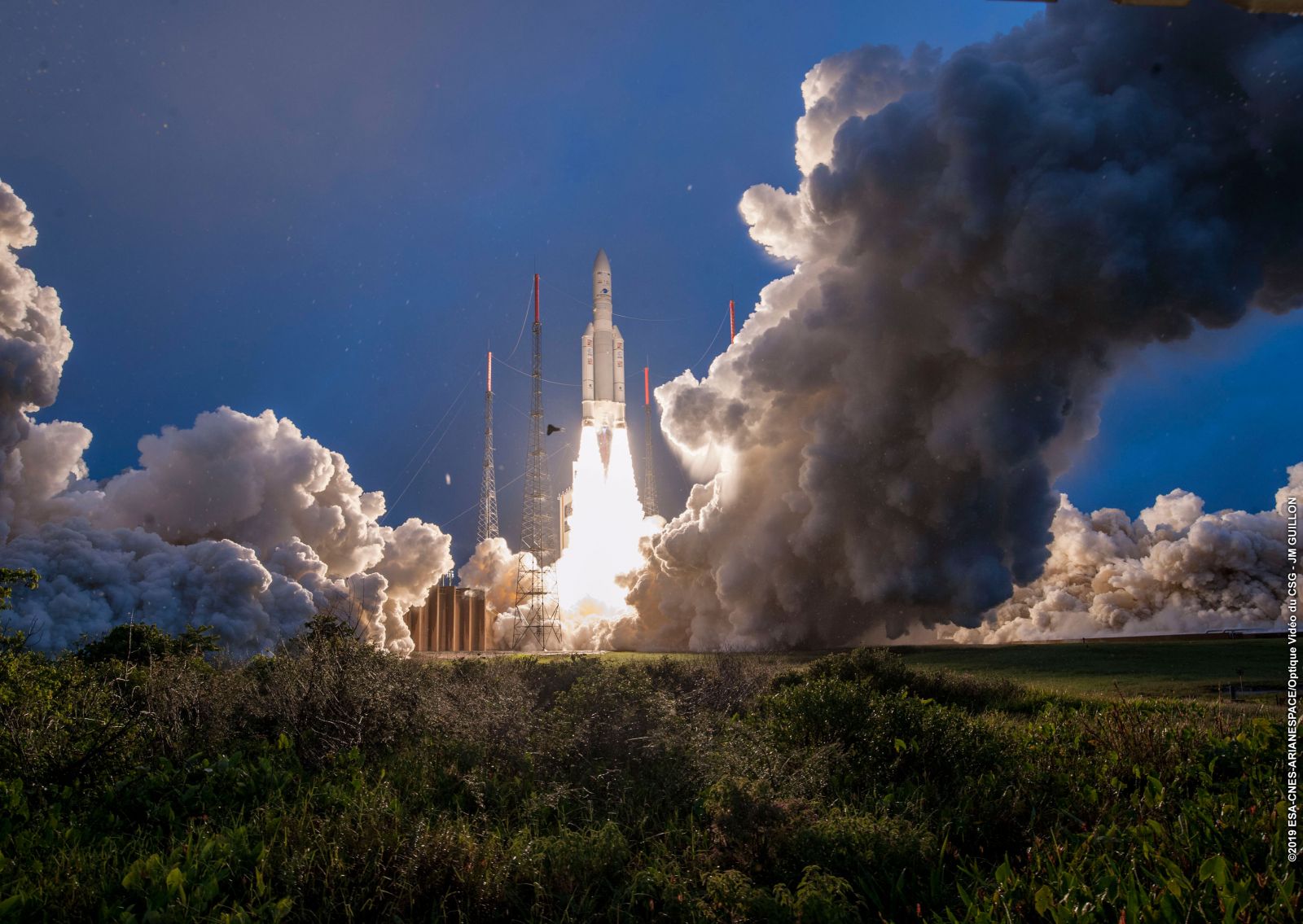 The final countdown began earlier this morning at t-minus 11 hours and 23 minutes before the scheduled liftoff time.

At four hours and 38 minutes prior to liftoff, the cryogenic main stage (EPC) was given the go ahead to be loaded with liquid hydrogen and liquid oxygen. This was followed by the same command given to the second stage (ESC-A) a little over an hour later.

Ten minutes after that, at t-minus three hours and 18 minutes before flight, the chill down of the Vulcain main engine began. The final “go” was given at t-minus seven minutes. This was then followed by the fuel tanks being pressurized to “flight levels” at four minutes to liftoff.

The vehicle switched to its own internal power just one minute prior to leaving Earth, with the onboard systems taking control of the count at just four seconds before launch.

The payload fairing was jettisoned at t-plus 3 minutes and 17 seconds, as the payload no longer needed protection from aerodynamic forces.

The Intelsat 39 satellite is currently set to replace Intelsat 902 currently on orbit. It was manufactured by Maxar of Palo Alto, California. The satellite is set to enable internet and mobile network service providers to provide faster and more reliable connectivity. The satellite will feature C-and Ku-band capabilities set to reach areas in the Middle East, Africa, Asia, the Indian Ocean, and Europe.

EDRS-C provides the second edition to the SpaceDataHighway, or the first optic-fiber network orbiting the earth.  The system is expected to transmit and transport a high volume of image data from earth-observation satellites. Created as a joint-partnership between the European Space Agency (ESA) and Airbus, the SpaceDataHighway will be positioned in a geostationary orbit, and will collect data by observation satellites and relay them back to Earth in a real-time fashion. EDRS-C is the 132nd satellite launched by Arianspace for Airbus.

Today’s launch helped serve Arianespace as a morale-booster after the loss of the Falcon Eye-1 satellite which was lost as it was sent to orbit atop one of the company’s Vega rockets on July 10, 2019.