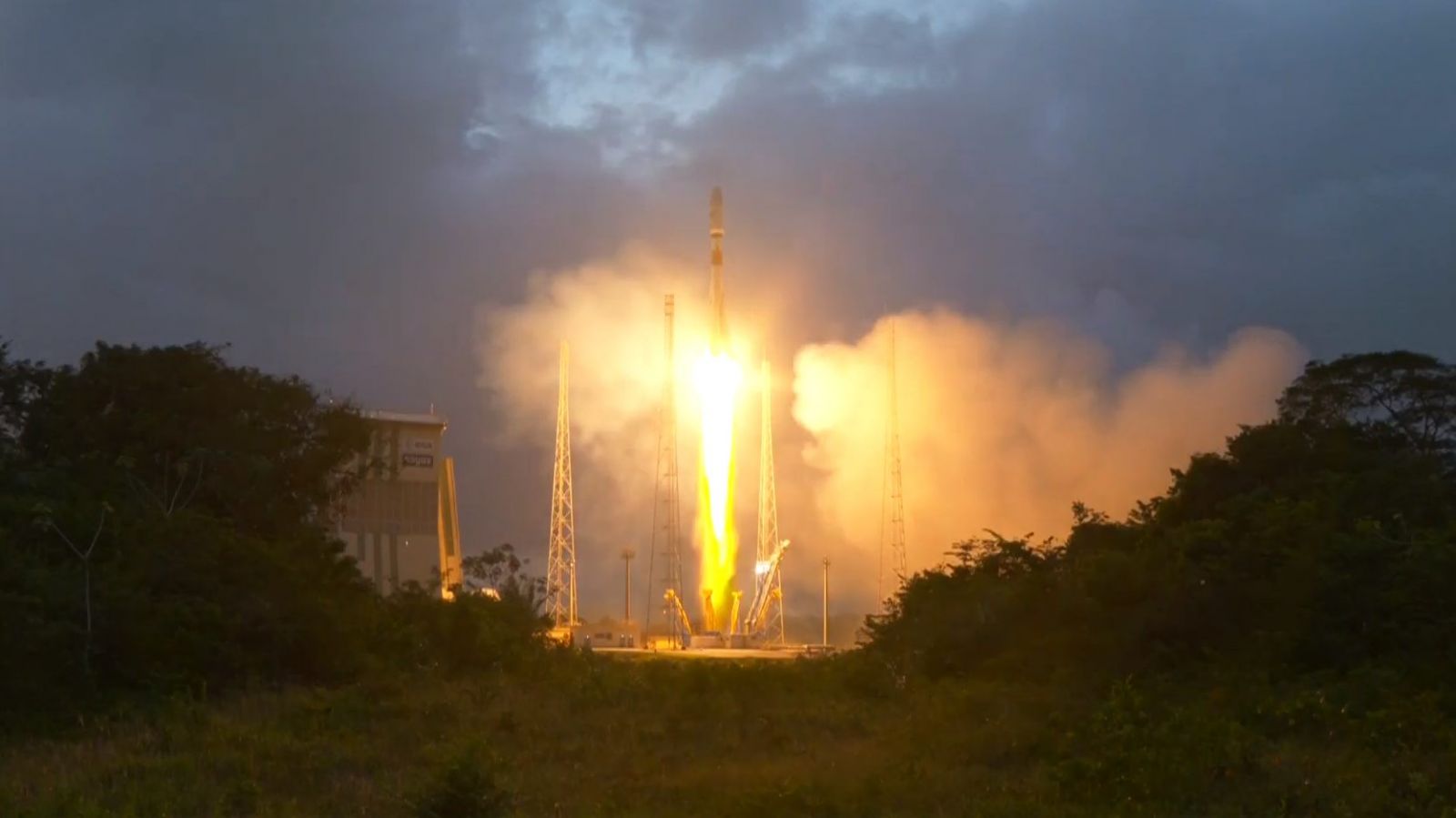 A Soyuz lifts off from the launch pad at the Guiana Space Center in South America to send the first six OneWeb satellites into orbit. Photo Credit: Arianespace

Despite concerns over about Soyuz launcher, Arianespace successfully placed the first six satellites of OneWeb’s broadband constellation into orbit.

The launch occurred from the Kourou spaceport in French Guiana. Designated flight VS21, this was the 21st South American launch of a Soyuz rocket since the program began. It cleared the tower at 4:37 p.m. EST (21:37 GMT) and placed the satellites into their designated polar orbit some 82 minutes later.

“This initial mission makes our ambitious partnership – built around the launch of more than 600 OneWeb satellites – a reality,” said Arianespace CEO Stephane Israel. 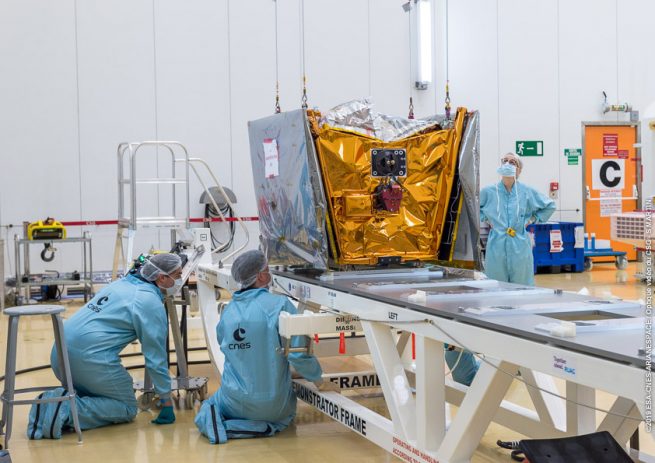 A OneWeb satellite is integrated onto its payload dispenser in advance of its launch. Photo Credit: Arianespace

Even with recent issues, the Soyuz has been one of the most reliable rockets ever produced. This launch was delayed a day for inspections after a similar Soyuz in Kazakhstan craft carrying Egyptsat-A satellite suffered a third stage anomaly. That issue led to the satellite and upper stage being placed in a lower-than-planned orbit.

However, flight operators were able to place that satellite into the correct orbit using the Fregat upper stage’s fuel reserves. An investigation by Russian authorities is ongoing.

Both of the recent Soyuz vehicles used the same third stage engine configuration know as the Improved Block-I. This stage is 22 feet (6.7 meters) long with a diameter of nearly 9 feet (2.7 meters) and is propelled by a RD-0110 engine that burns liquid oxygen and rocket grade kerosene as its propellant.

For this mission, everything went by the book. Once Fregat and the payload were in orbit, it performed its first burn, lasting about 4 minutes, to put it on a transfer trajectory. About 42 minutes later, a second burn, lasting about two minutes, circularized its orbit at about 620 miles (1,000 kilometers).

OneWeb is working to create a constellation of up to nearly 900 internet broadband satellites. This constellation, when complete, is expected to provide global coverage, bringing the internet to areas that were previously unreachable using traditional methods. 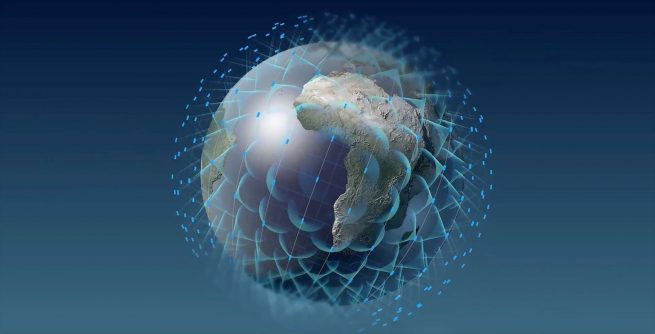 An illustration of the future OneWeb constellation surrounding the planet to provide internet connections to anyone anywhere on Earth. Image Credit: OneWeb

Each satellite is about 330 pounds (150 kilograms) and operates in the Ku Band. In a near polar orbit, the constellation will reside in the crowded but serviceable altitude of 750 miles (1,200 kilometers).

If successful, end users can expect to receive up to 50 megabits per second communications speeds, which is in line with many ground based broadband services.

According to Arianespace, the OneWeb constellation could “enable user terminals capable of offering 3G, LTE, 5G and Wi-Fi coverage” anywhere in the world with low latency.

The system as currently envisioned is expected to be deployed over the next few years. Almost all of the system’s capacity has been purchased.

OneWeb’s constellation is not without controversy. There are concerns the constellation could interfere with Ku-band satellite operations in Geosynchronous orbit. To mitigate that issue, OneWeb is is using a technique called progressive pitch to turn the satellites slightly. Additionally, the ground stations are expected to also use a phased array system to minimize interference.

This was the second flight of the year for Arianespace, the provider of the OneWeb launch. Arianespace is targeting a total of 12 missions for 2019.