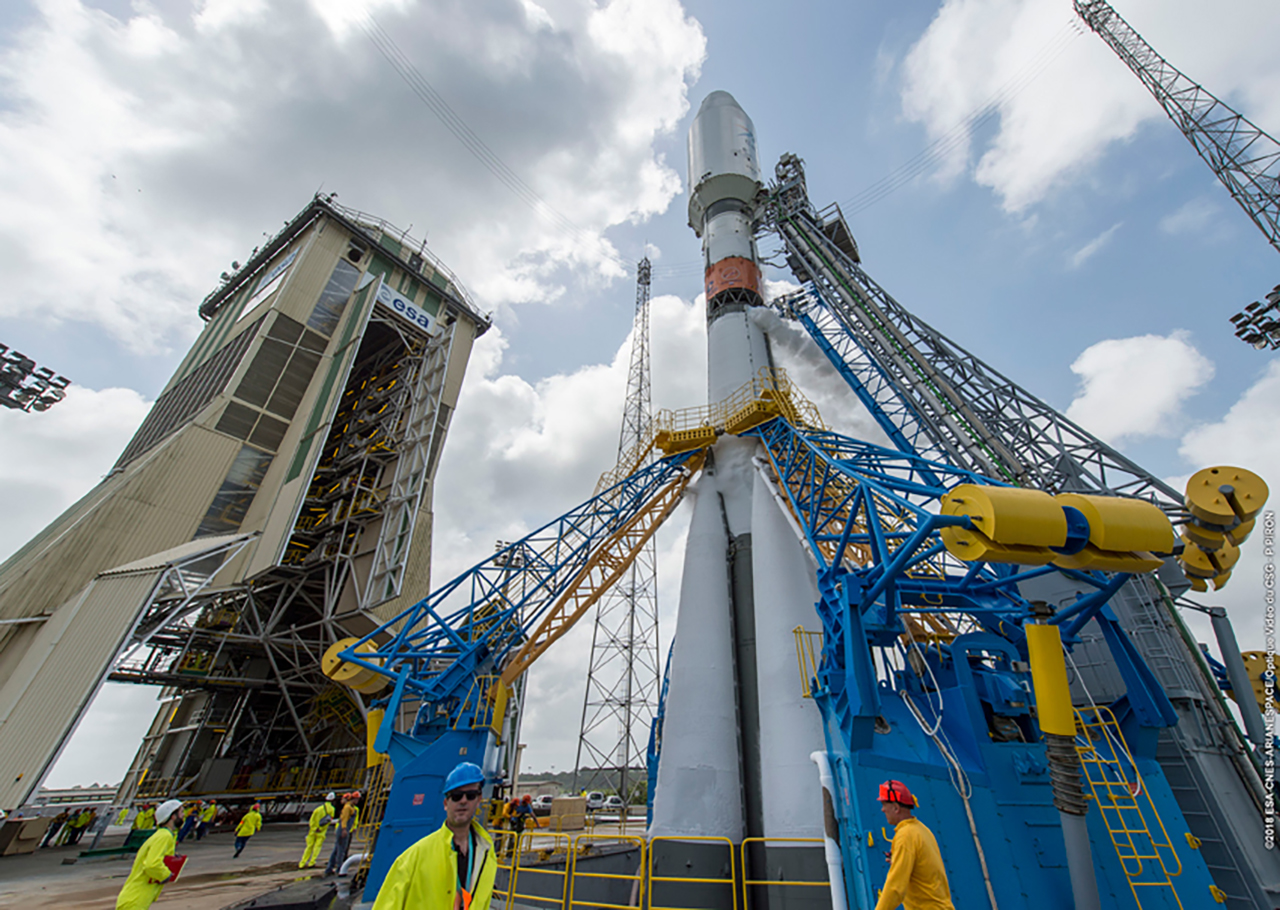 A file photo of a Soyuz on its launch pad at the Guiana Space Center in French Guiana. Arianespace and OneWeb suspend their future Soyuz launches as part the tit-for-tat fallout in the space industry relating to sanctions imposed the Russian economy after the country’s unprovoked invasion into Ukraine. Credit: Arianespace

In response to Russia withdrawing its Soyuz support personnel from Europe’s South American space port, Arianespace has suspended all future launches atop the Russian rocket.

All of this is part of the tit-for-tat fallout in the space industry relating to sanctions on the Russian economy and oligarchs after the country’s unprovoked invasion into Europe’s second largest country, Ukraine.

On March 4, Arianespace, a French-based company, released a statement saying it was strictly abiding by the sanctions imposed on Russia by the international community, including the European Union, United States and the UK.

“This operation began after the end of the Soviet Union and has been very successful up to now,” the statement reads. “However, it is now challenged by Roscosmos’ unilateral decision to withdraw from [the Guiana Space Center] and suspend all Soyuz launches from Europe’s Spaceport. Readied Soyuz launchers and Galileo satellites are in stable configuration and in security.” 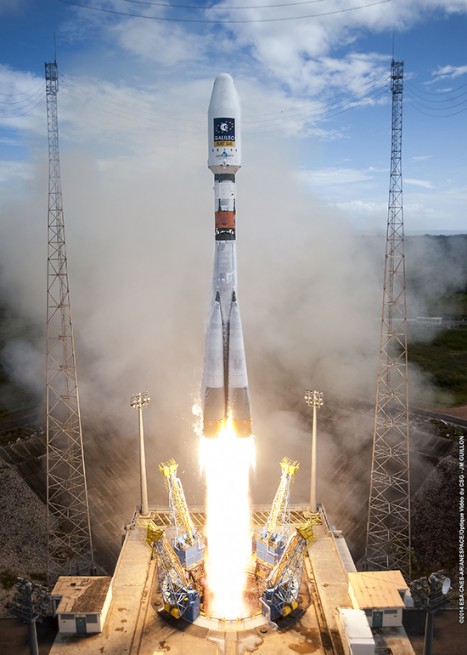 A file photo of a previous Soyuz launch from the Guiana Space Center in South America. Credit: Arianespace

Also part of the statemen was Starsem, a French-Russian company that is co-owned by Arianespace and Roscosmos to operate international commercial Soyuz rockets.

This latest decline in relations comes several days after threats by the Russian State Space Corporation Roscosmos to not launch OneWeb’s latest batch of internet satellites if its demands weren’t met.

These demands included written guarantees the spacecraft wouldn’t be used for military purposes and that the UK government sell its stake in the UK-based company, which is also partially owned by an Indian multinational company.

On March 3, OneWeb released a statement saying its board voted to suspend all launches from Baikonur Cosmodrome in Kazakhstan.

Since then, the Soyuz rocket, which was poised to launch March 5, has had the international flags on the payload fairing covered over (using white decals made by the American company 3M). On March 4, the rocket was lowered from the launch pad and moved back to its hangar to remove the 36 OneWeb satellites.

“Arianespace will work with its partners to ensure the well-being of the goods and means currently in Baikonur,” Arianespace said of the OneWeb satellites in Kazakhstan.

OneWeb was planning up to six Soyuz launches atop a Soyuz rocket from Baikonur this year.

Russian Soyuz rockets were set to fly satellites for multiple European customers, including Europe’s Galileo satellite navigation system. Two spacecraft were expected to launch in early April from the Guiana Space Center, but that now appears off the table.

Since its debut at the South American space port in 2011, Soyuz rockets have launched 27 times. The most recent was on Feb. 10, 2022, to send 34 OneWeb satellites into orbit. It’s quite possible that will end up being the last, depending on how things play out.

Arianespace said it’s working with customers as well as French and European authorities to best assess all the consequences of this situation. It is also developing alternative launch solutions.

Arianespace has two other launches it can use at the Guiana Space Center: the small-lift Vega C and heavy-lift Ariane 5. A third, Ariane 6, isn’t expected to be available until later this year at the earliest.

Vega-C, however, uses an upper stage with a Ukrainian-built RD-843 engine. It’s unclear how many engines Arianespace has in supply, or if it can manufacture them outside of Ukraine.