Arianespace review board determines cause of Galileo launch anomaly 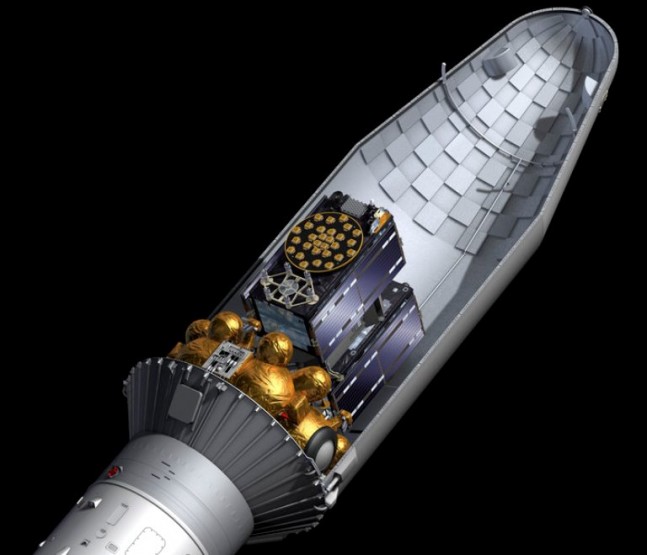 The two Galileo spacecraft, part of Europe's equivalent of GPS, can be seen in this ESA artist's illustration. Image Credit: European Space Agency

EVRY, Paris — On Aug. 22, Arianespace launched twin Galileo satellites from French Guiana’s Kourou spaceport. Poised atop a Soyuz ST-B, the satellites were the first functional satellites in the European Space Agency’s (ESA) Galileo constellation. Dubbed, Doresa and Milena, the satellites were destined for a circular orbit and the launch was initially deemed a success. Subsequent data revealed the pair was in a lower-than-planned elliptical orbit, thanks to a launch anomaly. An independent review board was commissioned and has determined the cause for the mishap. Following a 24-hour launch delay, due to poor weather conditions, the Soyuz booster lifted off and the first part of the mission proceeded as planned. The satellites were released according to schedule, and signals were received indicating the satellite duo were functioning nominally. However, after separation, further analysis showed that the pair were not in their intended orbits.The satellites were destined for a circular orbit, at a inclination of 55 degrees; however, they are currently in an elliptical orbit with an eccentricity of 0.23, at an inclination of 49.8 degrees. Preliminary analysis indicated there was an anomaly in the Fregat upper stage, resulting in the orbital discrepancy.

Approximately ten minutes after launch, the Soyuz’s booster separated, leaving the responsibility of finishing the job of delivering the duo to their final destination to the Fregat-MT upper stage. This stage fired twice, propelling the satellites into what should have been a circular medium-Earth orbit. Orbital tracking data soon indicated the pair was flying in a lower orbit than was targeted.

An independent review board was commissioned back on Aug. 25, and after careful analysis they have unanimously determined the launch error. Tuesday, on Oct. 7, at a press conference in Evry, France, the board announced the cause behind the Aug. launch anomaly was indeed a fault in the Fregat upper stage. The primary components of the Galileo spacecraft were constructed by OHB, located in Germany. Photo Credit: ESA / Arianespace

The board concluded that the problem did not occur during the first part of the mission, and that it was not caused by the three-stage Soyuz launcher, nor due to an issue with the satellites themselves. The issue occurred about 35 minutes after liftoff with the second ignition of mission’s fourth stage — its Fregat upper stage.

According to an Arianespace press release, the board assembled a timeline of events following careful analysis: Safely encapsulated in their payload fairing were stacked with the Soyuz booster shortly after this image was taken. Photo Credit: Arianespace

The cause of the anomaly was determined to be caused by a flaw in the system thermal analysis during stage design, and was not an operational assembly error. In order to return to flight, the board has come up with certain corrective actions. First the thermal system analysis needs to be revamped, along with any associated corrections in the design documents. Manufacture, assembly, integration, and supply line inspection procedure documents will need to be modified.

The corrective actions steps are easily applied to the already manufactured NPO Lavochkin stages, and the Soyuz launcher could return to flight as early as December. Prior to this flight, the Fregat upper stage has helped launch 45 successful missions.

After hearing the board’s results, Stéphane Israël, Chairman and CEO of Arianespace, said: “I would first like to thank Peter Dubock, who chaired the board. Their work, with the support of Russian partners, enabled the rapid identification of the root cause of the anomaly and the corrective measures to be applied. Since the corrective measures are easy to deploy by NPO Lavochkin, we are looking at the resumption of Soyuz launches from the Guiana Space Center, as early as December 2014. The resolution of this anomaly will enable a consolidation of the reliability of Fregat, which had experienced 45 consecutive successes until this mission.”