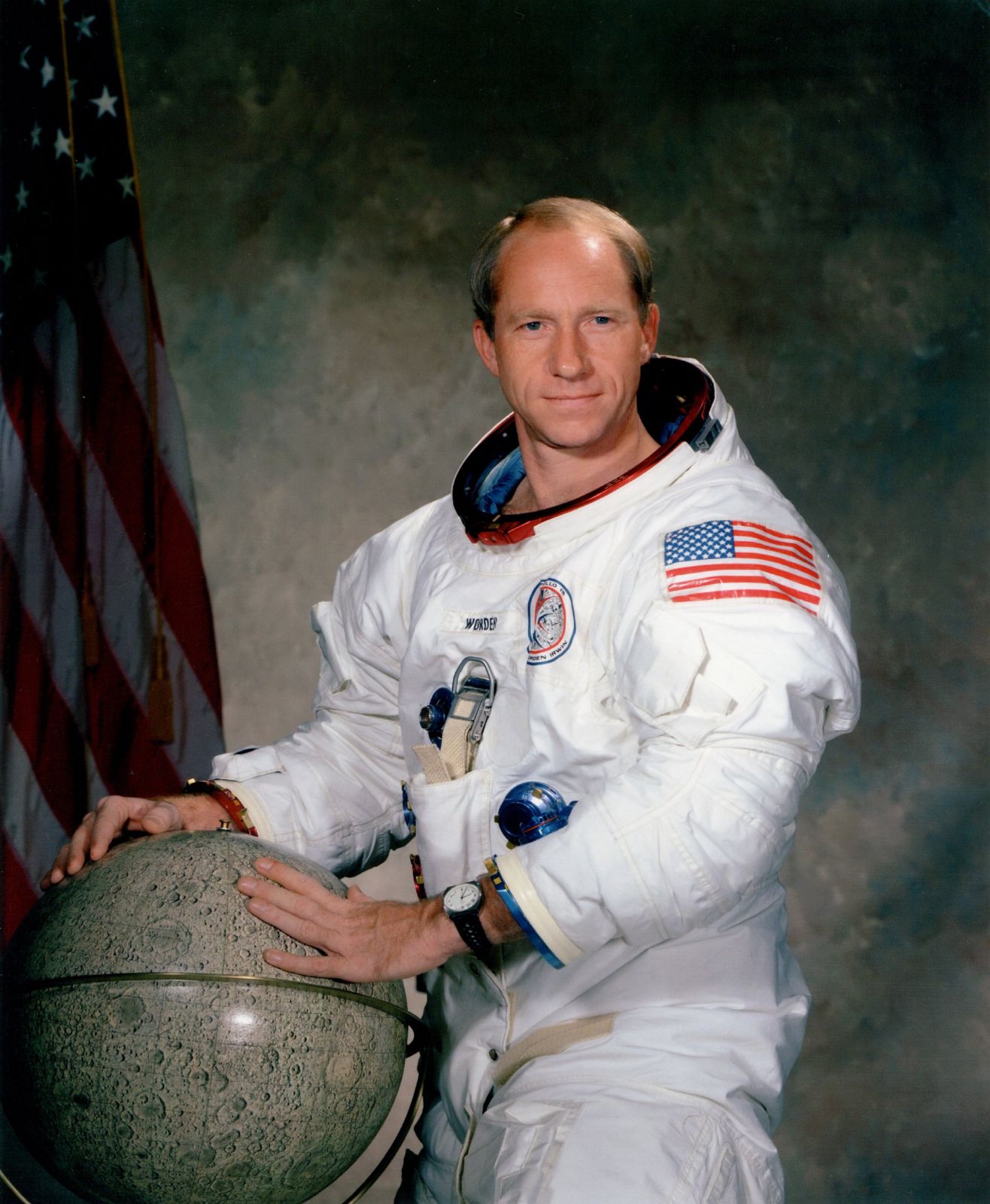 Alfred M. Worden, a former astronaut who served as the command module pilot of NASA’s Apollo 15 Moon mission, died in his sleep on Wednesday, March 18, at a Sugar Land, Texas, assisted living center, at the age of 88.

Born on February 7, 1932, Worden graduated from the United States Military Academy (USMA) at West Point in 1955 and was commissioned in the US Air Force, where he discovered his love of flying. From 1957-1961, he served as a pilot and armament officer with the 95th Fighter Interceptor Squadron at Maryland’s Andrews Air Force Base.

He worked as an instructor at the Aerospace Research Pilots School. In 1963, he earned masters degrees from the University of Michigan in astronautical/aeronautical engineering and instrumentational engineering. Three years later, in April 1966, Worden and 18 other candidates were chosen to be NASA astronauts.

Before Apollo 15, he served as a member of the astronaut support crew for Apollo 9 and as backup command module pilot for Apollo 12.

Launched July 26, 1971, Apollo 15 was the fourth crewed mission to land on the Moon and the first to deploy a rover. While Commander David Scott and Lunar  Module Pilot James Irwin landed on the Moon near a region known as Hadley Rille, Worden orbited Earth’s satellite in the command module, named Endeavour, where he operated a suite of instruments that collected lunar data.

When the command module passed behind the Moon, Worden had no contact with Mission Control or with anyone back on Earth. “During this time, he earned a world record as ‘most isolated human being’ while his crew mates roamed the lunar surface, and he was 2,235 miles away from anyone else,” said NASA Administrator Jim Bridenstine.

Using a special camera on board the command module, Worden captured photographs from his unique vantage point. “The thing that was most interesting to me was taking photographs of very faint objects with a special camera that I had on board. These objects reflect sunlight, but it’s very, very weak, and you can’t see it from [Earth]. There are several places between the Earth and the Moon that are stable equilibrium points. And if that’s the case, there has to be a dust cloud there. I got pictures of that,” he explained in a 2011 interview with Smithsonian Magazine.

“Every time I came around the Moon, I went to a window and watched the Earth rise, and that was pretty unique,” Worden stated. 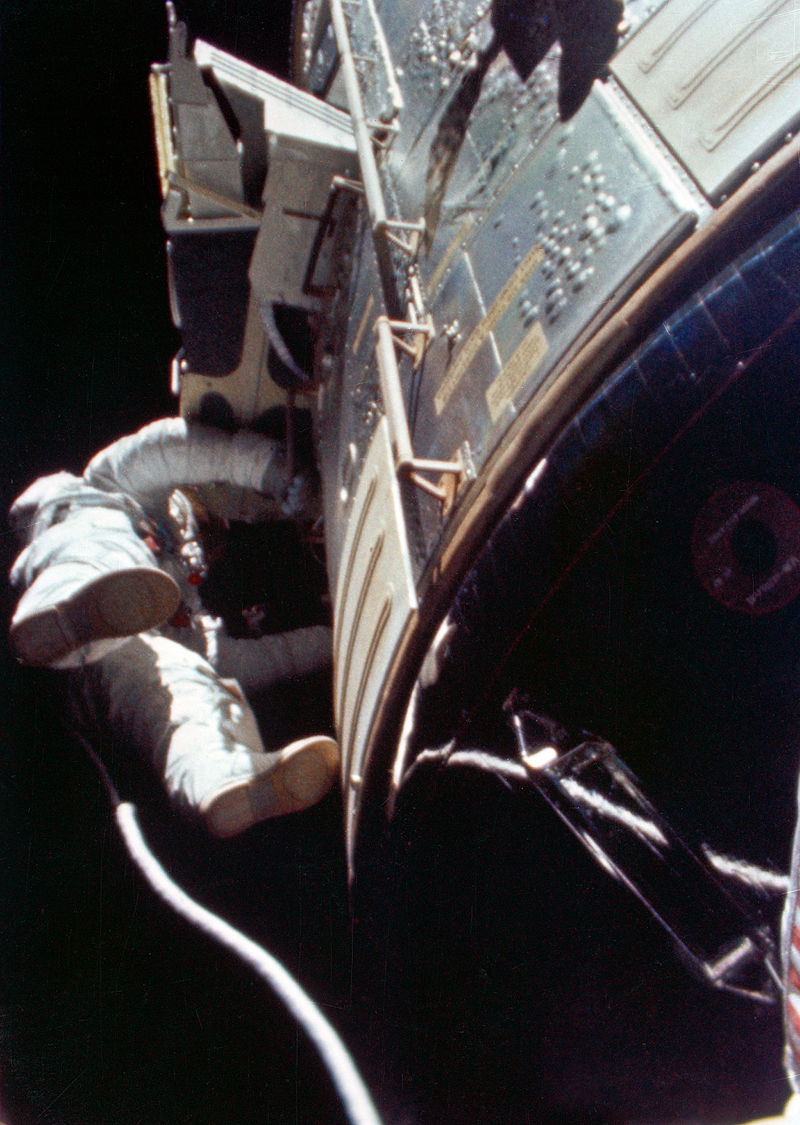 Following the other two crew members’ return to the command module, Worden conducted the first ever spacewalk in deep space, during which he retrieved mapping and panoramic cameras from the module’s scientific instrument module bay. His total time in space is 295 hours and 11 minutes.

Apollo 15 was Worden’s last spaceflight. A controversy over the sale of several hundred stamped postal covers the crew took with them to the Moon, the proceeds of which they planned to donate to their children’s education, was blamed on them even though their activity did not break any laws.

Starting in 1972, he worked for NASA, holding positions as Senior Aerospace Scientist and chief of the Systems Study Division at the NASA Ames Research Center. After retiring three years later, he worked in the private aerospace sector as president of Maris Worden Aerospace, Inc., and as staff vice president for Goodrich Aerospace in Brecksville, Ohio.

In 1982, Worden ran unsuccessfully for the Republican nomination for Florida’s 12th district Congressional seat. Although he did not win, he described the campaign as a “high point” in his life.

Worden encouraged children to pursue careers in STEM with multiple appearances on Mr. Rogers’ Neighborhood. He authored three books–a memoir titled Falling to Earth: An Apollo 15 Astronaut’s Journey to the Moon, a book of poetry titled Hello, Earth: Greetings from Endeavor, and a book for children titled I Want to Know about A Flight to the Moon.

Two years ago, he became a consultant for Back to Space, an organization dedicated to inspiring crewed missions to Mars.

He is survived by three daughters. Tamara Christians, Merrill Bohanning, and Alison Penczak.

“Al was an American hero whose achievements in space and on Earth will never be forgotten,” Bridenstine emphasized. “My prayers are with his family and friends.”

More information about Worden can be found at his personal website.