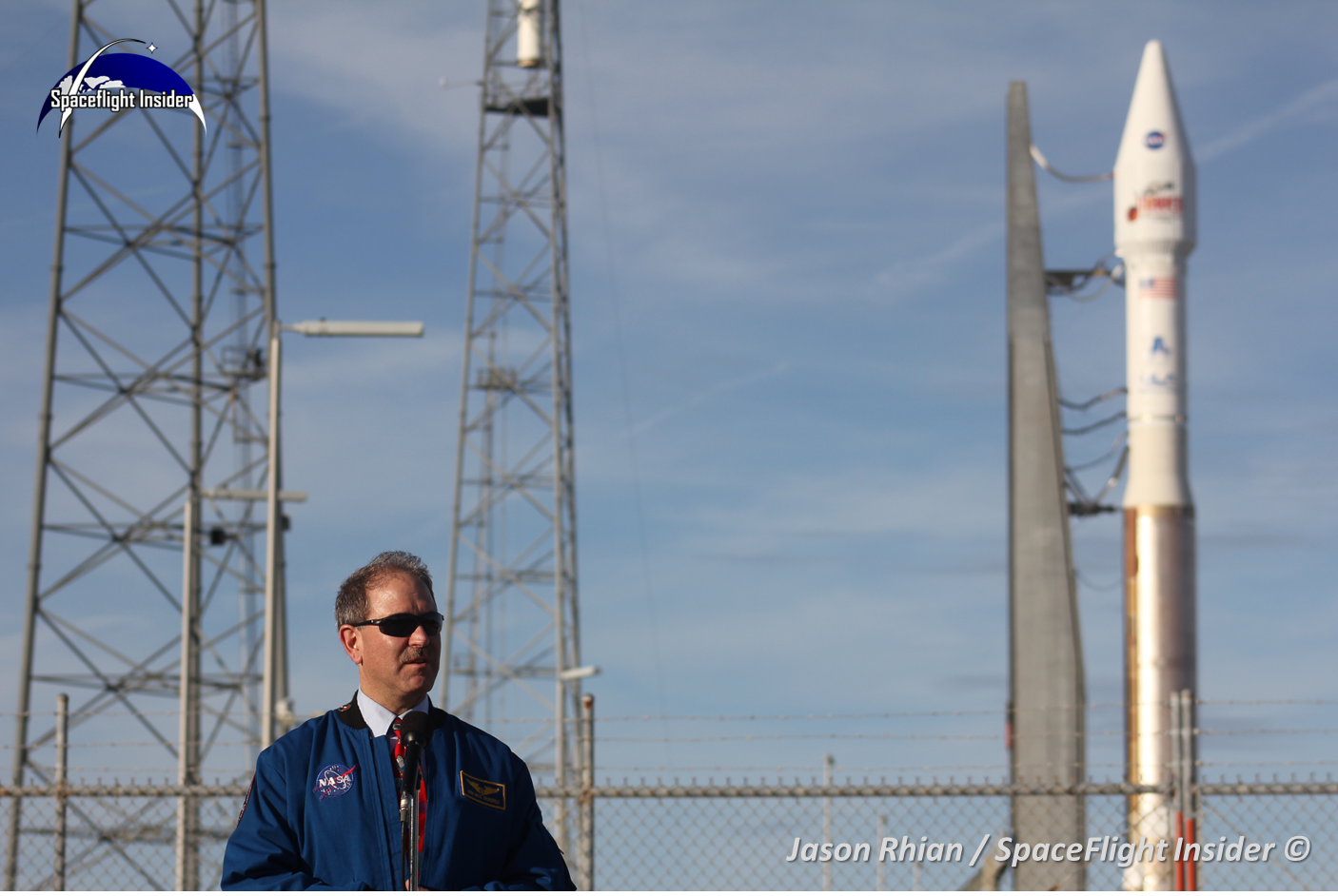 NASA's Associate Administrator for the space agency's Science Mission Directorate, John Grunsfeld, along with a number of other NASA officials discussed plans to get humans on Mars. The briefing was held Nov. 17 - the day prior to the successful launch of the MAVEN spacecraft to Mars. Photo Credit: Jason Rhian / SpaceFlight Insider

KENNEDY SPACE CENTER, FL – On Sunday, Nov. 17 in the lead-up to yesterday’s launch of the MAVEN (Mars Atmosphere and Volatile EvolutioN) mission, NASA held a news briefing at the Kennedy Space Center (KSC), entitled “The Path Toward Humans to Mars”, to relate the unmanned mission’s objectives to possible future human exploration of the Red Planet. NASA has been researching ways to send humans to the Red Planet for decades. A push which has accelerated in recent years. Image Credit NASA

Gerstenmaier led off the presentation by explaining that MAVEN will provide valuable information for the future human exploration of Mars.  Its study of the atmosphere is expected to reveal more precise data concerning its composition which will be directly relevant to the entry, descent and landing (EDL) profiles of larger, human-carrying, spacecraft. NASA has been directed to accomplish sending humans to the Red Planet some time in the 2030s.

The composition data should also provide information as to what in situ (on site) “reservoirs” of materials and gasses are present which may be used as “tools” for future explorers.

Grunsfeld continued, stating that “MAVEN is not just a science mission . . . all missions are human missions.” A sentiment he echoed throughout the various events held that day.

He explained that NASA has embarked on an integrated program of Mars exploration which includes sending humans to Mars within the next two decades or so. He further explained that Mars could play a key role in the “long term future of humanity” because there are only two places in our solar system which offer relatively “easy-living” – Earth and Mars. He emphasized this with a quote attributed to former astronaut and Moonwalker , John Young: “Single planet species don’t survive.”

Stofan, noting that she is a geologist by training, made the point that while robotic exploration is extremely beneficial, we will eventually: “Need astronauts picking up rocks and doing science on the ground.” This is a sentiment that has been echoed by a number of planetary geologists who have become famous from robotic missions, such as the Mars Exploration Rover program’s Principal Investigator Steven Squyres.

Gazarik concluded by pointing out that one of the most difficult obstacles to overcome, relating to the human exploration of Mars, is determining how to slow down a large spacecraft once it arrives at the planet.  He stated that current parachute technology would not allow a  lander, which would weigh many tons, to sufficiently reduce its speed prior to reaching the surface, thus the development of “bigger drag devices” is necessary. Gazarik noted that the “deep dips” into the Martian atmosphere, which MAVEN is expected to perform, should provide key information necessary for the development of these devices.