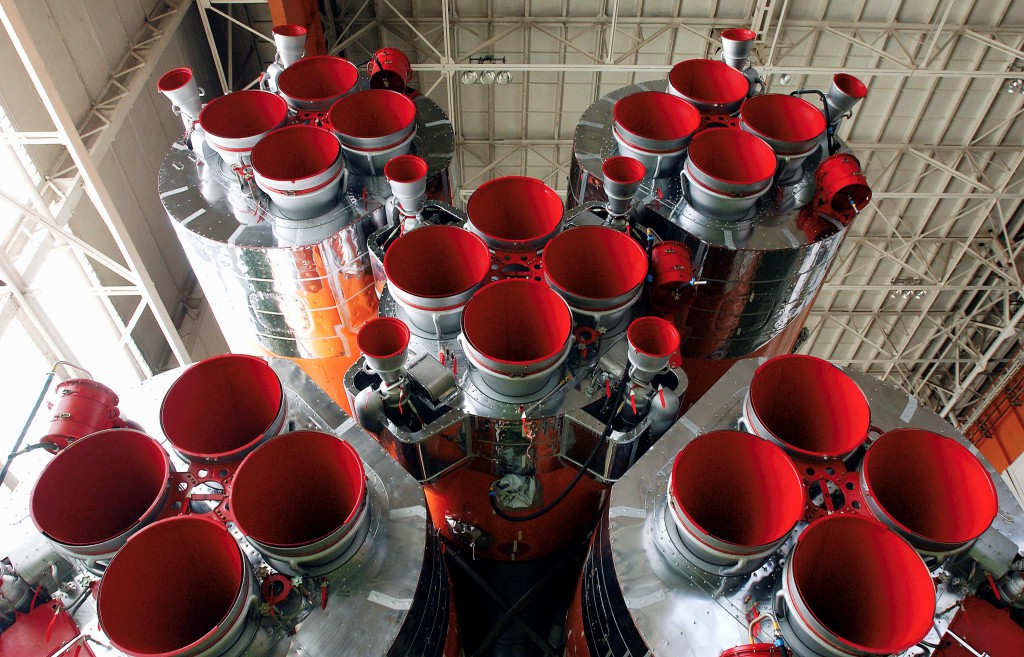 The Russian Federal Space Agency launched one of its Soyuz rockets with the unmanned Progress M-21M cargo vessel perched atop from the Baikonur, Cosmodrone at 3:57 p.m. EST. Photo Credit: NASA

The Russian Federal Space Agency, better known as “Roscosmos”, sent the Progress M-21M cargo vessel on its way to the International Space Station (ISS) atop a Soyuz rocket at 3:53 p.m. EST ( 2:53 a.m. local time). The launch took place at the Baikonur, Cosmodrone in Kazakhstan. Whereas recent launches of the Soyuz spacecraft take about six hours to reach the space station – it will take Progress four days before it docks with the ISS. According to a report appearing on SpaceFlight Now, Progress will take the “scenic route” so as to shake out upgraded rendezvous systems. Of all goes according to plan, these systems will be used on future Russian spacecraft.

As mentioned, Progress M-21M will take longer than usual to reach the ISS. Typically the spacecraft takes either six hours or two days to reach the outpost.

On Saturday, Nov. 23, the Soyuz rocket (there is both a launch vehicle as well as a spacecraft that bears the name) was rolled out to the launch pad at Baikonur, Cosmodrone. This occurred in the early hours, with the “full stack” standing erect before noon.

There are four strap-on engine pods that are attached to the Soyuz rocket. Just two minutes into the flight they were spent and were sent plummeting back down to the Earth’s surface where they impacted. From there the core and upper stages delivered Progress into orbit (albeit a temporary one) not quite ten minutes after lift off. After Progress had split from these two stages, the spacecraft’s computer directed it to open its solar arrays so as to begin generating much-needed power. Without these arrays the various systems Progress requires to function would be starved of energy and fail.

Progress carries a little more than 1,760 pounds worth of fuel, oxygen, parts, Christmas presents and more for the Expedition 38 crew.

Today’s launch marks the 53rd Progress spacecraft to be sent to the ISS.

Two days from now on Wednesday, Progress M-21M will pass within about a mile of the ISS. This flyby is being conducted in order to check out new systems installed into the veteran Kurs rendezvous system. If it works, this new system will be installed into future Progress and Soyuz spacecraft.

Upon completing the elements of its flight profile designed to validate the new systems, Progress will then dock to the space station’s Zvezda service module at the aft end of the ISS. Progress should dock at around 5:28 p.m. EST on Friday, Nov. 29.