With 29 Raptor engines in place, Booster 4 pre-flight work is continuing at Starbase 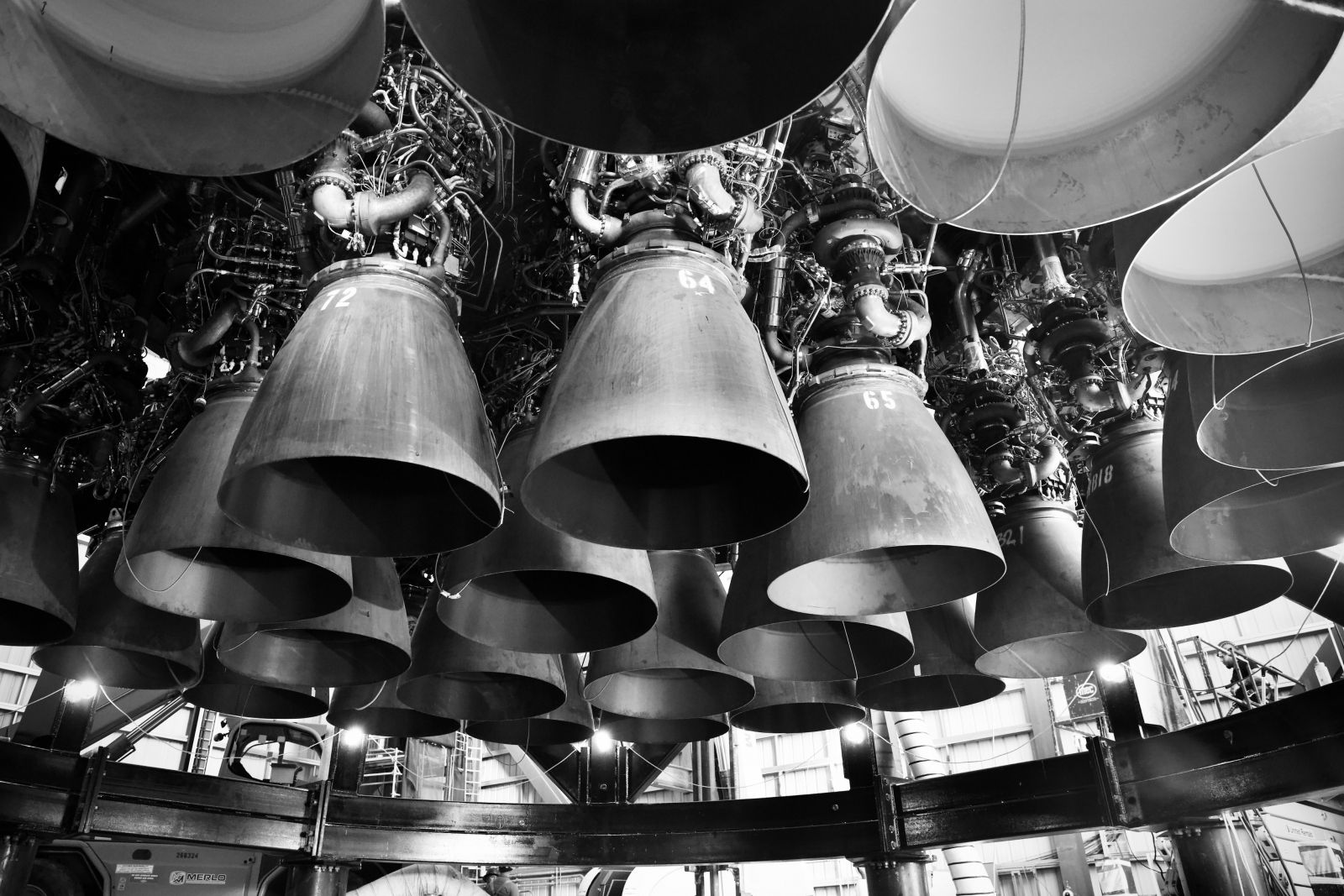 A view of the Raptor engines installed at the base of Starship Super Heavy Booster 4. Credit: SpaceX

In the overnight hours of Aug. 2, 2021, a full complement of 29 Raptor engines were installed at a blistering pace on SpaceX’s Starship Booster 4, which sat stacked in the Boca Chica high bay.

Immense progress has taken place in a matter of 72 hours at the SpaceX build and production site in Boca Chica, Texas, branded as “Starbase”. Booster 4 quickly took shape as the methane and liquid oxygen tanks were stacked into place inside the company’s high bay assembly hangar. These tanks house the gasses that will feed the powerful Raptor engines at the base of the booster. 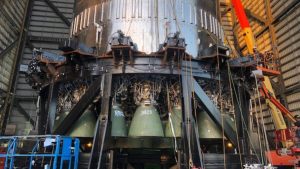 A view of all 29 Raptor engines installed at the base of Starship Super Heavy Booster 4. Credit: Elon Musk / SpaceX

According to company CEO Elon Musk, Booster 4 features 29 Raptor engines. However, later iterations are expected to include a total of 33.

Musk has said that it is very likely that Booster 4 will be the first Starship Booster to attempt an orbital flight. Seeing that four grid fins have been installed in a fixed-outward position at the very top of the booster, the evidence suggests that this will indeed be the case.

Contrary to the design of the titanium grid fins seen on the Falcon 9, the grid fins on Super Heavy don’t appear to have an actuator that allows them to retract, meaning they will not move and will stay permanently engaged. While the grid fins will still be used to aerodynamically control the first stage as it makes its way back into earth’s atmosphere, there might have been a design change to the booster’s aerodynamic features. 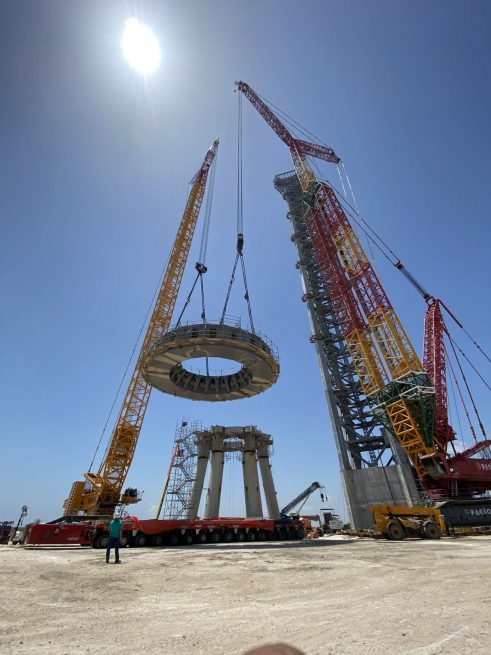 The orbital launch table, a circular shaped piece of equipment which will hold Super Heavy Booster in place next to the launch tower, was recently moved to sit on top of the orbital launch mount at Starbase, in Boca Chica, Texas. Credit: Elon Musk

Speaking of aerodynamics, Ship 20 (Serial Number, or SN20) received more modifications, coming in the form of an attached nose cone as well as stabilizer flaps on the aft section of the vehicle. This particular vehicle is also outfitted with SpaceX’s thermal protection system in the form of hundreds of heat-resistant tiles being attached to the outer parts of the vehicle.

As Starship progresses closer to its first orbital flight, confidence in the vehicle also seems to be on the rise. Coincidentally, the Government Accountability Office (GAO) has officially sided with NASA and SpaceX in regards to the Human Landing System protest raised by competitor Blue Origin.

Blue Origin, which leads the National Team’s lander bid and which is led by Amazon.com founder Jeff Bezos, filed a protest after NASA awarded a contract solely to SpaceX for the development of a Human Landing System to send astronauts back to the surface of the Moon.

Bezos, as well as Virgin Galactic’s founder Sir Richard Branson, each made waves in recent news as they took flight in their respective company’s vehicles.