SpaceX is already well underway with testing of its first majorly-upgraded version of Starship, known as Starship SN15.

The company elected to forego SN12-SN14 after successful testing of SN7.2, a test tank made from the new and lighter steel that Starships will be made from starting with SN15 onward.

The remains of SN11, which exploded midair after a major anomaly caused a hard start on the landing burn, were still being cleaned from the surrounding Boca Chica, Texas, area while SN15 quickly finished stacking in the High Bay and was rolled to suborbital Pad A on April 8, 2021. 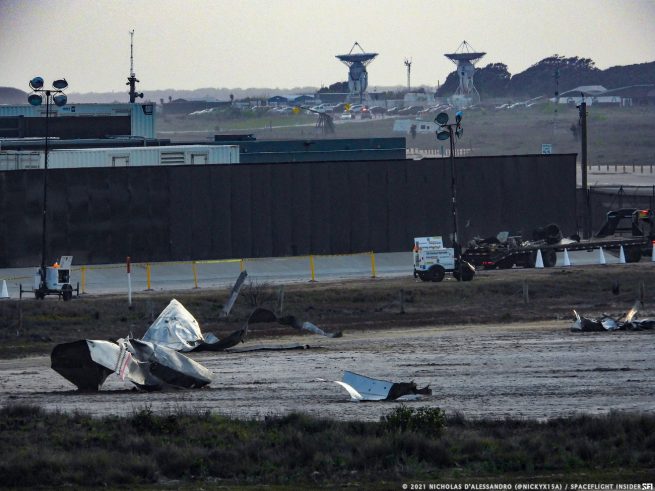 A first cryogenic proof test with liquid nitrogen testing the integrity of the liquid methane and liquid oxygen tanks was performed April 12, followed by a second cryo test for the header tanks April 13.

A notable first-time difference for this testing campaign was the inclusion of a hydraulic ram under suborbital Pad A to simulate the thrust forces from Raptor engines on the underbody of Starship while under pressure during the proofing tests.

Prior Starship iterations usually had their Raptor engines already installed upon rollout, but it seems the additional hydraulic ram tests were needed to confirm the integrity of the new, lighter metal and design upgrades of this latest iteration.

The ram was removed and transported back to the build facility in the early morning hours after the second test, which seems to indicate the completion of the cryo proofing campaign.

Avid Starship watchers will now be on the lookout for those Raptor engines to be delivered and installed on Starship SN15 for the beginning of its static fire phase of testing.

Clues as to when a flight could occur are still pending as there are currently no temporary flight restrictions in place for the area and a launch license has yet to be issued by the Federal Aviation Administration, likely pending the results of the Starship SN11 mishap investigation.

The only interesting development in this regard has been a recent FCC filing by SpaceX that requests special temporary authority to operate a single user terminal within five kilometers of Boca Chica Village on test flights not to exceed 12.5 kilometers in altitude. 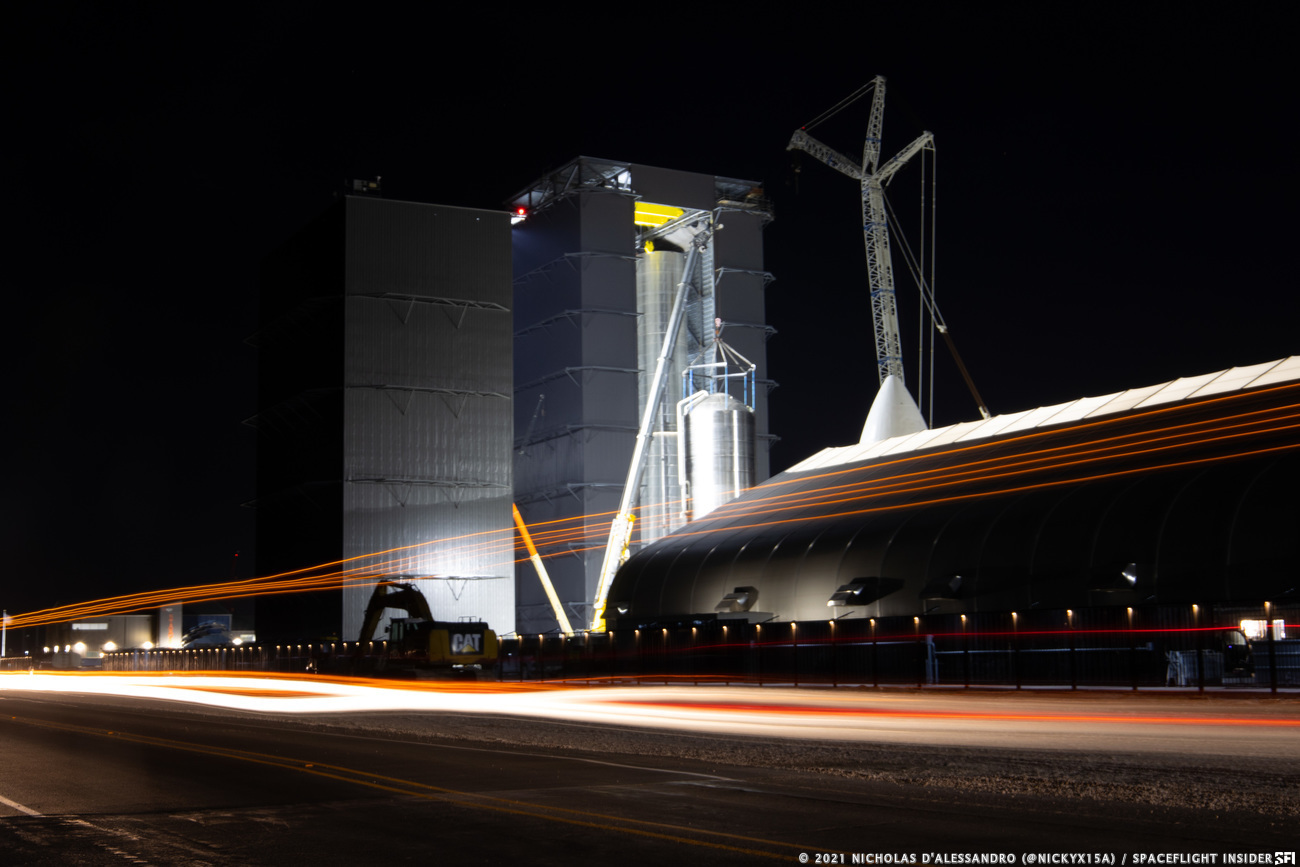 Super Heavy BN1 seen in the high bay several days before the flight of Starship SN11. This was only a manufacturing pathfinder and is now being scrapped. Credit: Nicholas D’Alessandro / Spaceflight Insider

This filing appears to refer to a Starlink user terminal that has been spotted installed on the outside of Starship SN15, which has the potential to greatly improve on communications and data streams coming from the vehicle.

The temporary authority was requested for 60 days beginning on April 20, which has led many Starship fans to speculate that this is the beginning of the flight window.

While it could just be a coincidence, SpaceX CEO Elon Musk is known to have an appreciation for the number 420 and date of April 20 as a reference to cannabis culture.

As of this writing it remains to be seen if road closures and temporary flight restrictions will be issued in support of this date.

Meanwhile news has been a bit slower on the Super Heavy Booster side of Starship development.

The most significant development as of late was that BN1 was quietly being disassembled in the middle of the night on April 12, confirming Musk’s stated plans to scrap it as a production pathfinder.

This did serve to show one of the first successful uses of the new bridge crane in the High Bay, which replaced the shakier method of stacking Super Heavy with “Tankzilla,” the massive blue crane having to lower its boom through a hole in the roof.

Eyes are now on the progress of BN2 which Musk said could fly. Moreover, grid fins for the giant booster are now being spotted around the build facility indicating progress is being made. 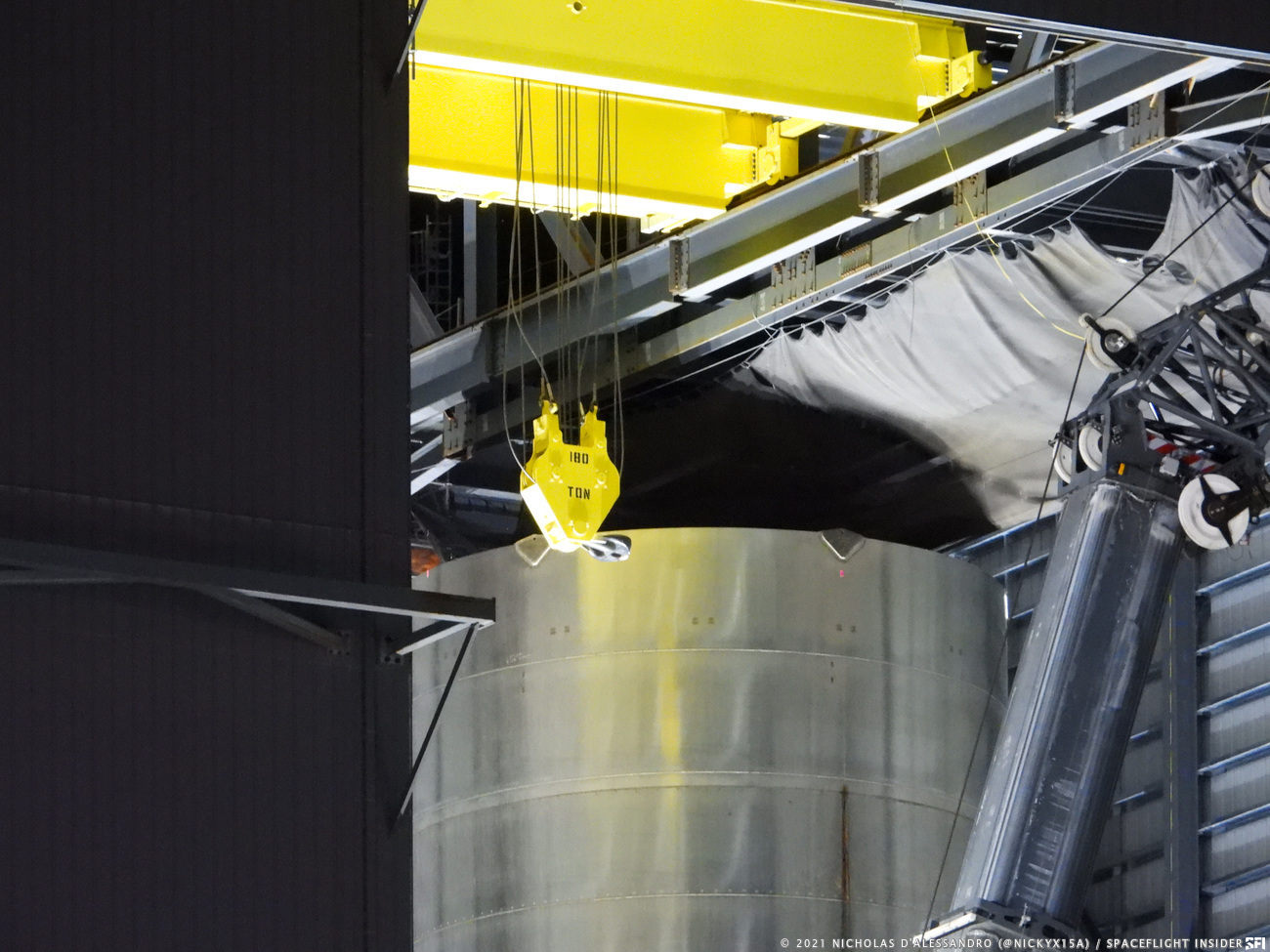