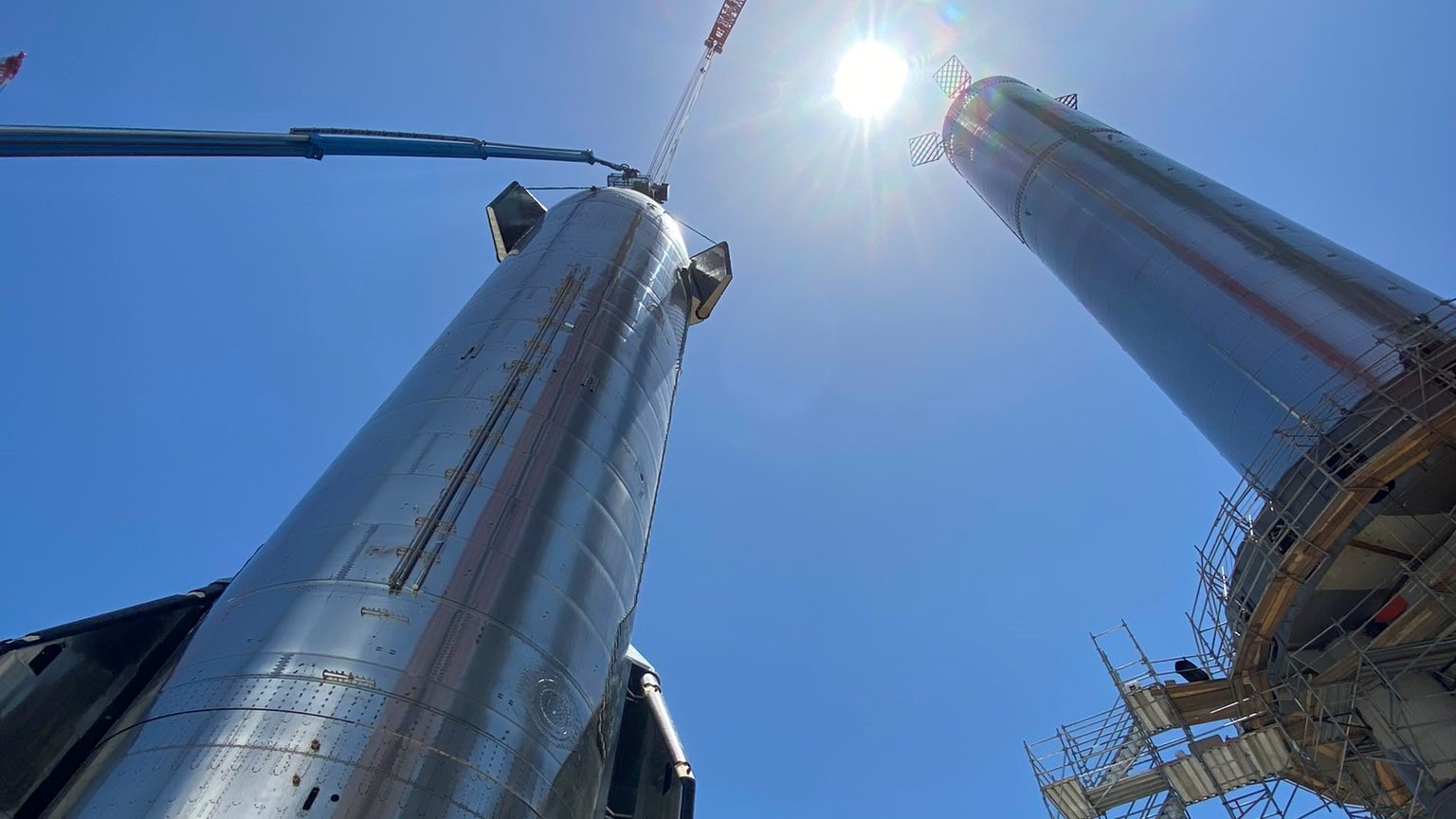 A view of Starship Ship 20 and Booster 4 during their first stacking process in early August. Credit: SpaceX

Starship Ship 20 (also known as SN20, short for Serial Number 20) has been returned to the orbital launch site for additional testing, as the Booster 3 pathfinder begins the process of being scrapped.

SpaceX CEO Elon Musk tweeted that the company is expected to attempt a second stacking of Ship 20 and Booster 4, representing the second such exercise of what has become the world’s largest assembled rocket. Given recent road closure announcements, assembly appears scheduled to occur as early as tomorrow evening, August 18. Secondary closures are scheduled for Thursday evening and Friday morning. 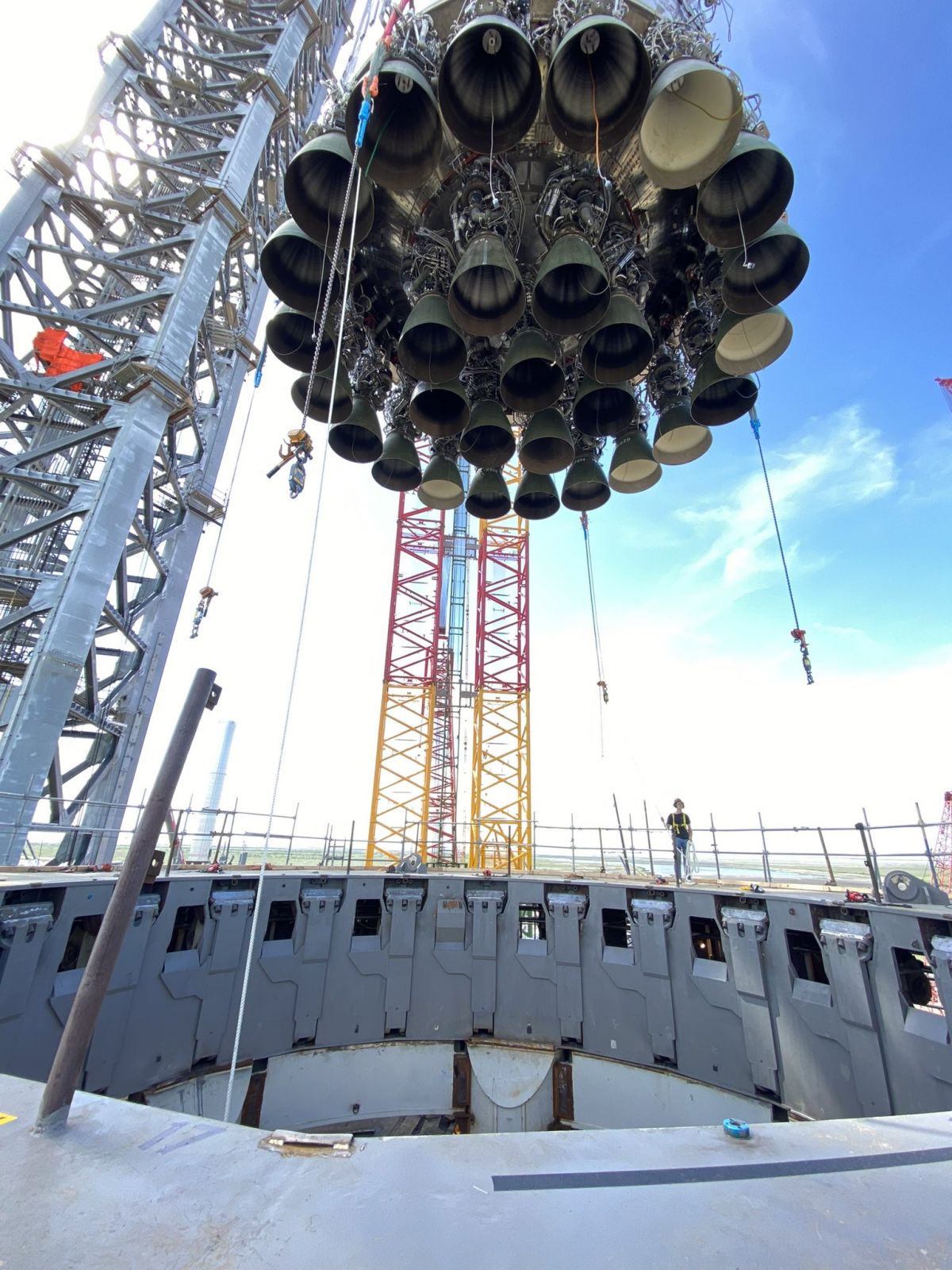 Meanwhile, the first Starship Super Heavy booster to successfully conduct a static fire test, Booster 3, is in the process of being scrapped according to reports and imagery at SpaceX’s Boca Chica, Texas, Starbase facility. It was cut into multiple sections over the weekend with the top section being removed. It’s expected that the lower section will be removed from its mount soon.

Booster 3 wasn’t meant to fly but rather pave the way as a pathfinder in understanding not only how the engines would function, but also perfecting the overall operation of transporting a Starship booster to the launch site.

On Aug. 13, Starship Ship 20 made its way back to the Orbital Launch Tower after undergoing maintenance and inspection during the last week at the company’s high bay hangar.

Ship 20 is the first ship to include SpaceX’s thermal protection system which includes thousands of heat-resistant tiles. Upon further inspection of the vehicle, it is easy to spot tiles that have been taped with different colors notating the various conditions of each individual tile. If a tile has been cleared through inspection, they are simply marked with the lettering “OK.” 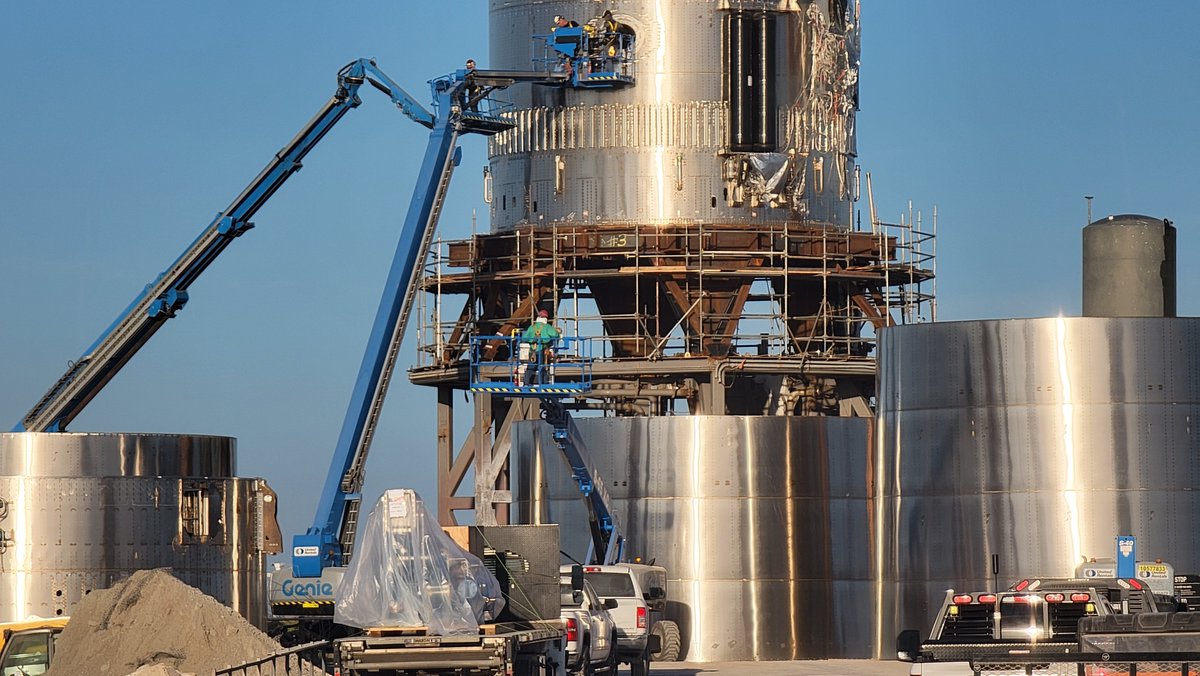 Photo on this page says: “A view of Starship Ship 20’s business end, as tweeted by Elon Musk during relocation, Aug 4. Credit: Twitter/ElonMusk”

However, there seem to be a lot more than 6 Raptors attached

The momentum continues to build!